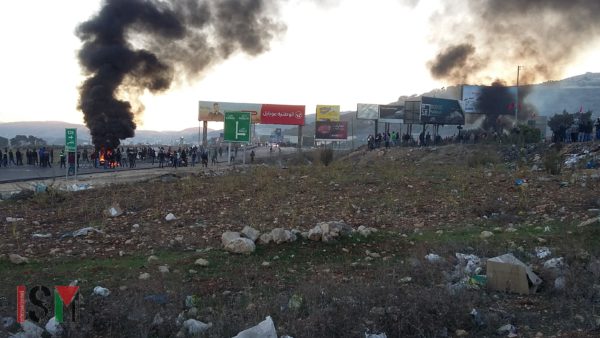 Palestinians protests against Trump’s decision about Jerusalem have kept on today all across the West Bank and the Gaza Strip. Today in the village Kafr Qaddum in the northern West Bank around 200 Palestinians and internationals gathered in a large Friday demonstration to protest the decision.

The group gathered in the centre of the the village before heading down the main road that has been closed since 2003. People were holding flags and banners and a lot of children were present. As soon as the group reached the outskirts of the village they were met with rubber coated steel bullets from soldiers from the Israeli military that were located both at the main road and on a nearby hill. Palestinian boys from the village threw stones that were met with bullets. The rubber coated steel bullets can be very dangerous if they are fired from a closed range or if they are fired at the head. 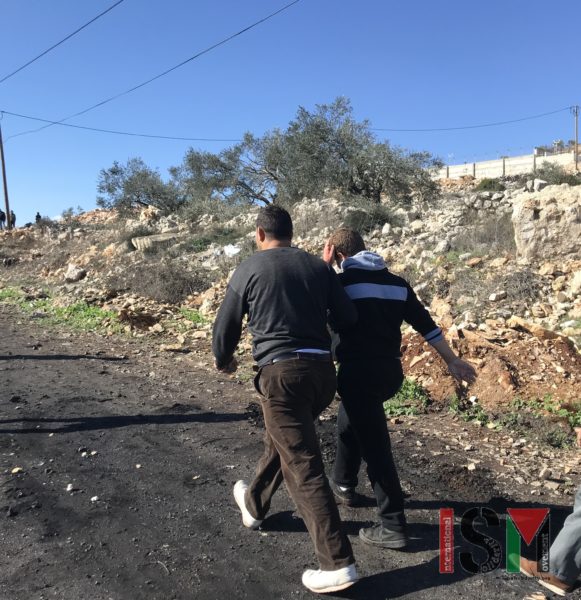 A 14-year old boy shot in the head with rubber coated steel bullet. 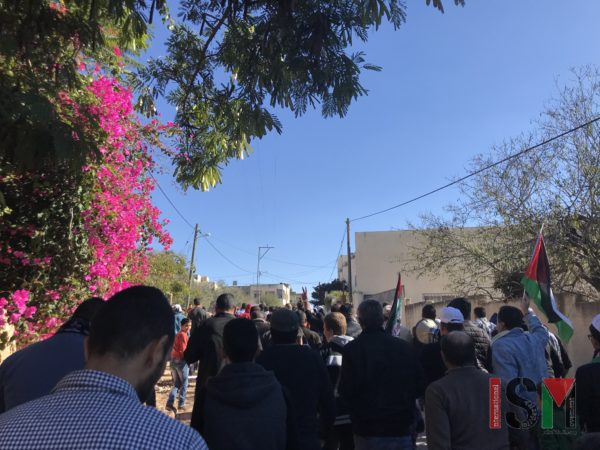 Around 200 villagers protested in Kfar Qaddum,

In the town Huwwara, situated close to the city Nablus, a demonstration escalated with live ammunition and teargas. As a reaction to the increasing tension in the West Bank, Israeli army blocked the Huwwara checkpoint in order to limit Palestinians’ movement. This led to a massive response from people from Nablus who gathered at the Huwwara checkpoint and protesing and throwing stones. The clashes lasted until the dusk with rubber coated steal bullets, teargas and live ammunition. 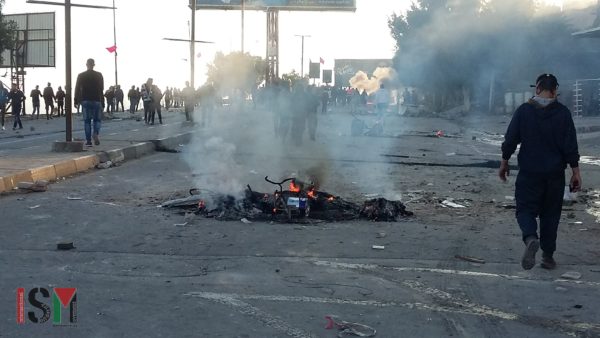