‘Feast of Sarah’ Holiday Draws Thousands of Settlers to Al-Khalil

The Feast of Sarah did not pass unnoticed for the Palestinian residents of al-Khalil (Hebron). Jewish worshippers had been arriving from Israel in large numbers for days prior, together with a consequent increase of military presence. Yesterday morning, at 9:00 AM, soldiers started to isolate the road in H1 – the area of the city that is supposed to be Palestinian controlled – from the Shuhada Street checkpoint (Checkpoint 56) up towards the bus station in order to let the feast visitors pass from the H2 area to a prayer site. Two Armored Personnel Carriers (APCs) and two Jeeps surrounded by numerous soldiers, border police, and riot police blocked the intersection at the base of Bab Al-Zawiya, and snipers were placed on the roofs of the main buildings. 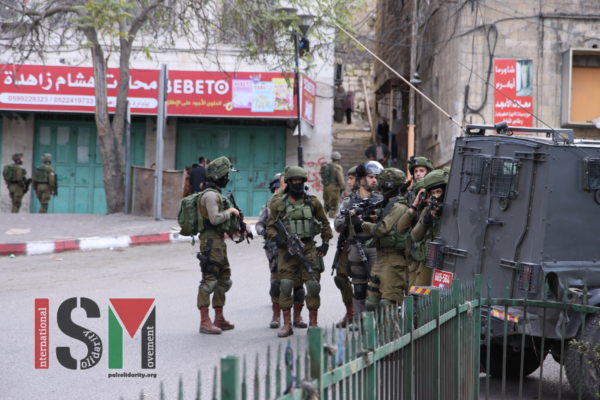 An Israeli soldier aims her rifle at the chest of an international observer as a tactical unit gathers in Bab al-Zawiya.

Around 1:00 PM, the worshippers started to walk down the road, many of them stopping to yell insults to the Palestinians watching the scene from behind the blockade. 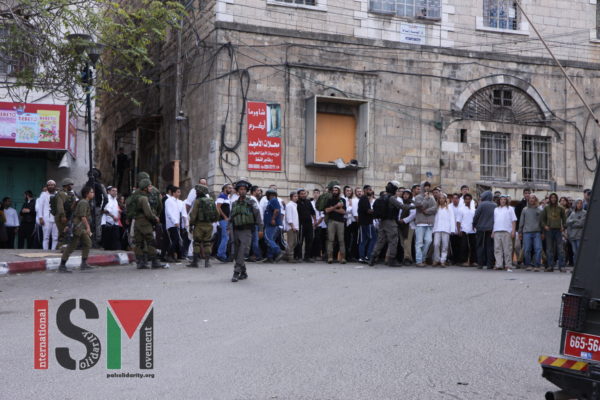 Jewish worshippers, both from Israel and from the illegal settlements in al-Khalil, gather to taunt Palestinians in Bab al-Zawiya.

After the settlers went back into H2, the soldiers and police stayed in the area, and gathered at the cement roadblocks in front of the checkpoint. They continued down towards the market, which led to some stone throwing from protesters up the street. Soldiers replied by throwing sound bombs into crowds of civilians and journalists.

The soldiers ultimately retreated into the checkpoint, only because they had to carry a 25-year-old Palestinian man that they had brutally beaten and placed under arrest. The man was carried to Checkpoint 56, where he was held for almost three hours while the Red Crescent ambulance staff was disallowed from giving him medical treatment. 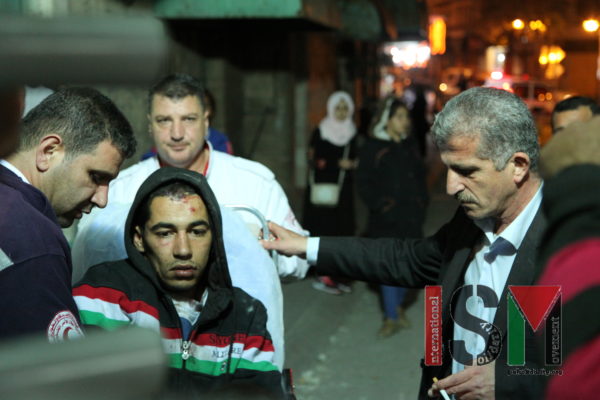 A protester is finally allowed access to medical treatment from the Red Crescent after being brutally beaten and kept for three hours in Checkpoint 56.

Settler tours into H1 from H2 occur every Saturday under the protection of Israeli forces, fanning Israeli support for migration to and the expansion of the illegal settlements in al-Khalil, both of which necessarily lead to the expulsion of Palestinian civilians from their home. However, during Jewish holidays, the number of Israelis increases dramatically, often forcing Palestinian civil society to come to a grinding halt without warning.