Spent the last two days at Umm Al Khair, a Bedouin village in the South Hebron Hills enjoying the wonderful hospitality, generosity, and loving kindness. This was not my first trip there. And as much as I hate to say it, as with most things in Palestine, things are so much worse than my last visit. The illegal colonial settlement of Carmel belonging to the entity called israel surrounds the village on almost every side. Some of the tents and housing units are less than 20 feet from the “security” fence. Housing units in the illegal settlement have increased and more are being built with plans to take more of the land owned by the village to continue expansion. 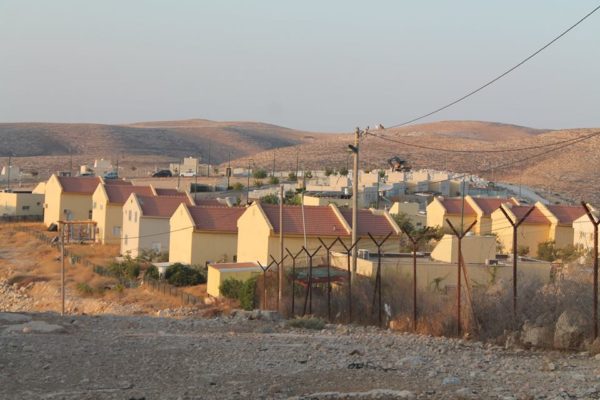 Some of the newest settler homes in Carmel

The villagers sit day after day waiting for the illegal occupation soldiers to come with their bulldozers to demolish more of their housing. People speak openly about their discouragement for their future but still stand steadfast that they will not be moved or defeated. Our tent was one of those closest to the Fence and for two nights we sat up most of the night while zionists threw stones and rocks over the fence at the tent at anything that appeared to move. The village leader says the violence is increasing all of the time and fears that one of these night something much worse than rocks will be thrown. Fortunately no one was hurt (physically) the past two nights but there was little to no sleep for us or any of the men of the village who sat up keeping and open eye and ear to try to spot the thugs doing this. The commotion would wake up many of the villagers and you could hear the crying of many frightened small children throughout the night. 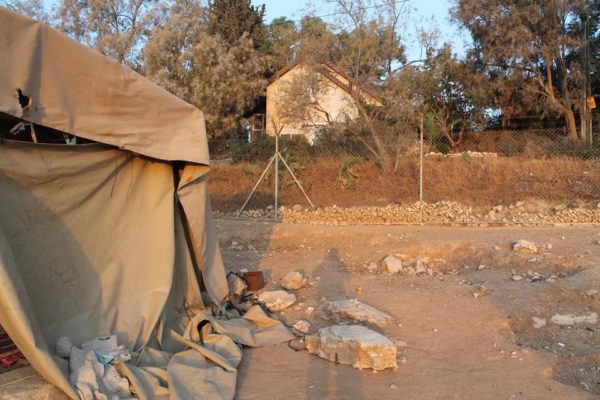 The “security” fence less than 20 feet from the tent

This is an every night occurrence and everyone is exhausted, all of the time, and can only catch a few hours of sleep after sunrise. Phone calls to the police of the entity called israel Police as well as the Palestinian Authority Police are a waste of time. No one will respond to the calls for help to make the settler violence stop. Many internationals, such as ourselves go for a few nights (when we have the people to do so) to help with a protective presence but it doesn’t stop the ever increasing settler violence. The Bedouins are very peaceful people and are committed to nonviolence but they are called the terrorists by the zionists, and most of the zionist supporting governments of the world (such as the United States). More International presence is needed and more of the world needs to know the truth. 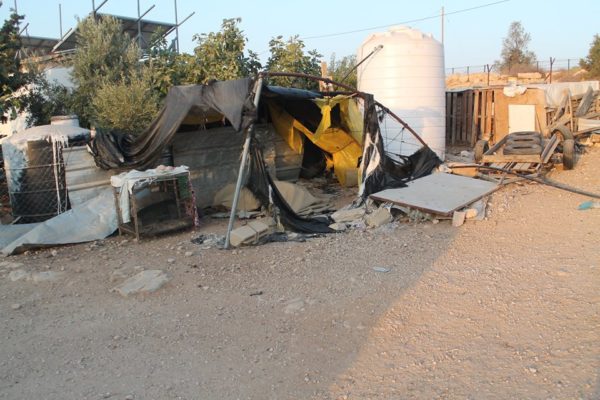