For many years, the Israeli football association has given membership status to six teams that play in illegal settlements built on Palestinian land in the West Bank. This is in direct violation of FIFA’s rules, which state that permission is needed to play matches on another member’s territory. Instead of enforcing these rules, FIFA has repeatedly delayed action. FIFA President Gianni Infantino says that a decision on Israeli settlement clubs is coming in October 2017. [Sources: http://bit.ly/vp-fifa] 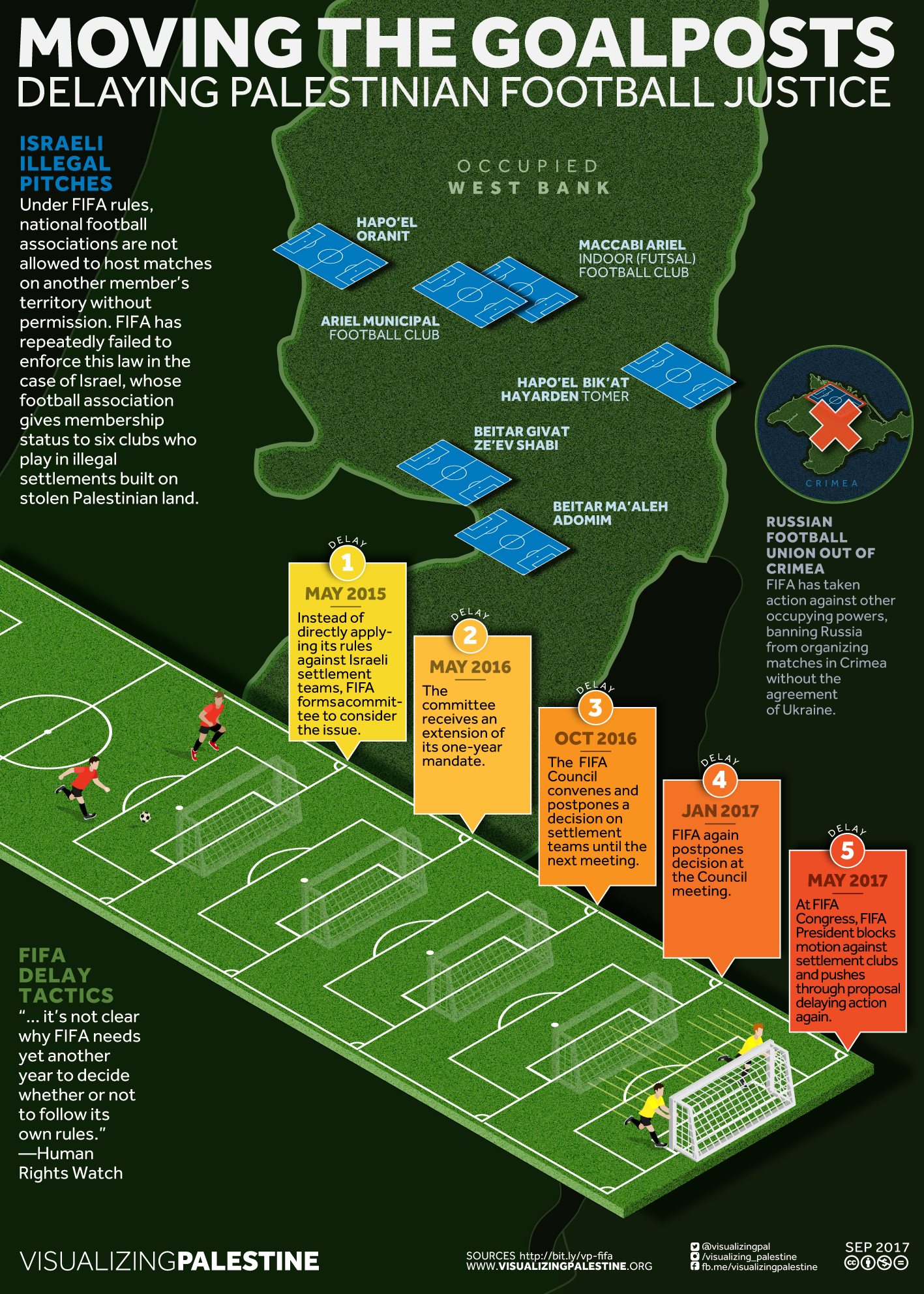