Kafr Qaddum Commemorates the Beginning of the Second Intifada

Palestinian and international activists marched in Kafr Qaddum today to recognize two important events. September 28th marked 17 years to the day since the outbreak of the Second Intifada in 2000, during which an estimated 3,000 Palestinians lost their lives, and the construction of the Apartheid Wall began. The march in Kafr Qaddum also celebrated the recent admission of the State of Palestine into INTERPOL, a step viewed by many as part of a larger push for statehood. 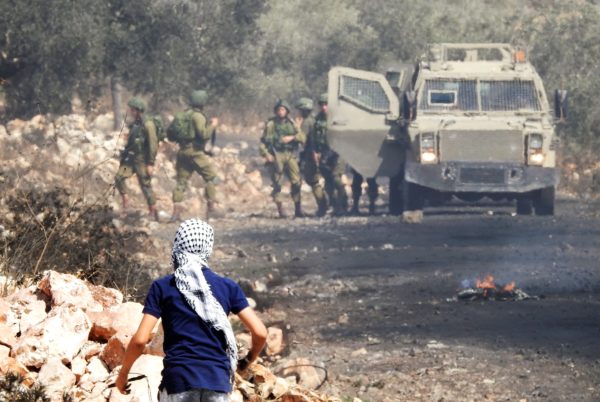 The march was met with two Israeli Armed Personnel Carriers, from which soldiers fired rubber coated steel bullets into the crowd, which included roughly two dozen children. No activists were injured in the clashes.

Additionally, according to Palestinian community leaders, settlers have been stealing olives from trees in Kafr Qaddum – the livelihood of the farmers – for the past two days. The settlers have continued to harass the Palestinians with impunity despite protests to the Israeli Army by the District Coordination Office (DCO). 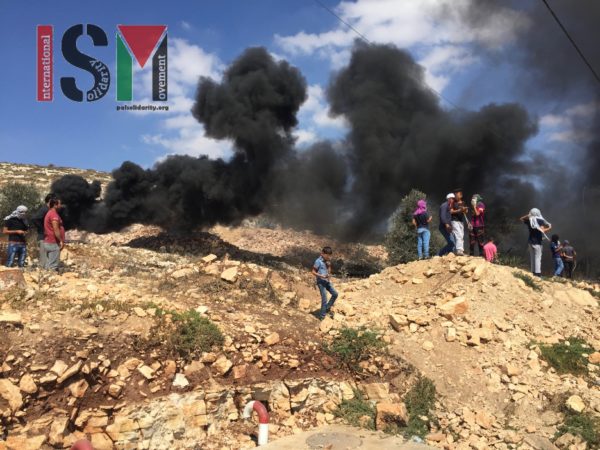 The smoke from the tires the protesters are burning meet the soldiers. 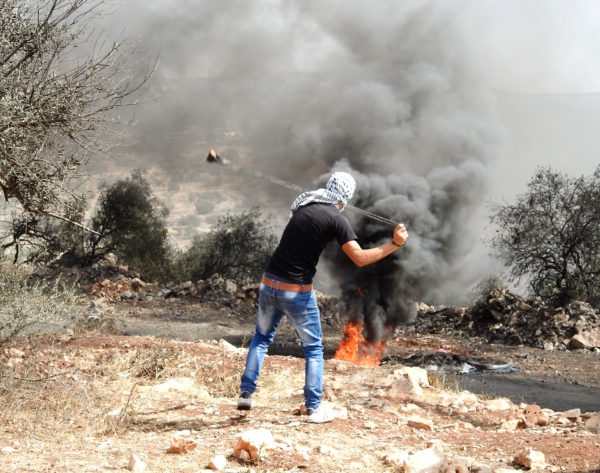