On 23rd July, two days after the killing of three settlers from the illegal settlement of Halamish, settlers blocked Route 450 with self-made barricades preventing Palestinians from using the main road, which connects Nabi Saleh village with the south Baytillu .

The road blockade was built at the roundabout in the south of Nabi Saleh, where Route 465 goes into Route 450 and was accompanied by the building of an new illegal settler outpost on the land of Nabi Saleh. According to eyewitnesses settlers were since then seen dancing and sitting behind the self made blockades to overlook their illegal roadblock. Exclusively settler-cars and army vehicles have been allowed to cross the blockade, thus enforcing a racist roadblock only on Palestinians. Route 450 is one of the main connecting roads from the Salfit area to Ramallah and is used as an everyday passage for students at the Birzeit university and farmers to reach their land. The normally twelve minutes ride from Baytillu to Nabi Saleh now, given the roadblock, takes one and a half hour as Palestinians are forced to make a detour through Ramallah to reach their destination. And not just Baytillu is affected by this: the people from the surrounding villages Jamala, Deir ´Ammar, Deir ´Ammar Camp and Deir Nidham next to Nabi Saleh are heavily restricted in their movement, because of the closed street segment, which is now just accessible for settlers from the illegal settlements Halamish, Nahiel, Talmon and Dolev. 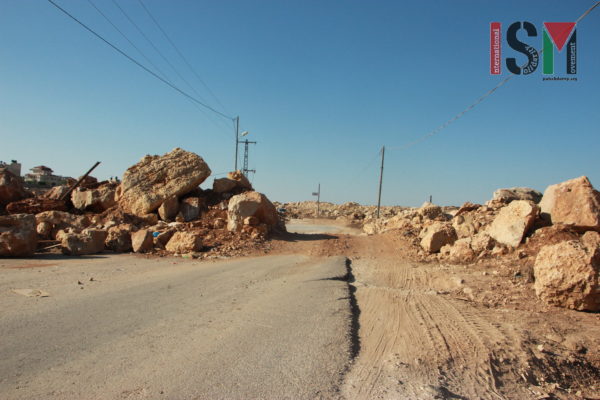 The settlers are supported by the Israeli occupation forces wh just recently installed metal gates on Route 450 at the entrance of Baytillu and close to the illegal Halamish settlement. Therefore, the inhabitants of Baytillu fear that this will be a permanent roadblock and their land will be confiscated by settlers.

Around 10.000 dunums of Baytillu land is cut off from their owners, as well as a spring, which is essential for the farmers in the area. Moreover nine houses are located behind the road gates, which means the inhabitants can only reach their houses by foot and are forced to leave their cars at the gate in Baytillu.

With the olive harvest coming up in a month, accessing the crops is crucial for the farmers. The DCO, which is responsible for coordination between Palestinians and the occupying power Israel, postponed a scheduled meeting to discuss the road blockades without setting up a new date.

The case of Route 450 however is far from the only one of its kind: the blocking of roads is a common means of control by the occupation forces to limit the movement of inhabitants in Area C. Likewise the connecting road between Baytillu and Korba, also a path used by farmers for agricultural purposes was closed off recently. 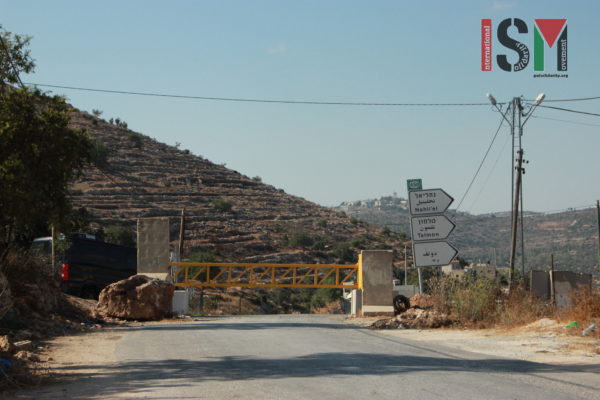 Both blockades limit the freedom of movement and the access to farmland in the area, often also enforced as a measure of collective punishment. In this particular case the Israeli forces blocked off the whole village of Korba with several street blockades at every entrance of the village after the killing of three settlers in Halamish. Furthermore the COGAT (Coordination of Government Activities in the Territories) decided on the punitive house demolition of the family house [comment: house demolition was carried out in the night from Wednesday the 16th August to Thursday at 01:30 am accompanied by soldiers using rubber coated steel bullets against protesters and causing casualties] from the 19 year old Omar al-Abed, who is accused of stabbing the three setters, as well as arrested several members of his family, accusing them of not preventing the young man from carrying out the act.

Punitive demolition measurements are against Article 33 of the fourth Geneva Convention, which was ratified 1951 by Israel: “No protected person may be punished for an offence he or she has not personally committed. Collective penalties and likewise all measures of intimidation or of terrorism are prohibited. Pillage is prohibited. Reprisals against protected persons and their property are prohibited.”

These cases illustrate again how the illegal settlers in the West Bank enjoy complete impunity for their actions under the protection of the Israeli occupying forces, who act brutally against the civilian population in the illegally occupied Palestinian territories. 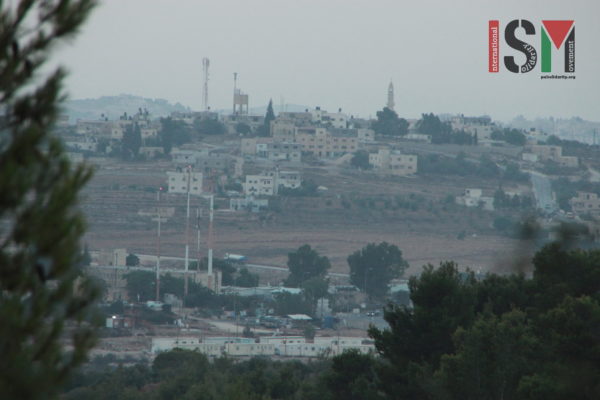