In the evening of the 20th of August at 10.30 PM the Israeli Occupation Forces entered a Palestinian house close to the illegal settlement Kiryat Arba on prayer road in northern Al-Khalil. 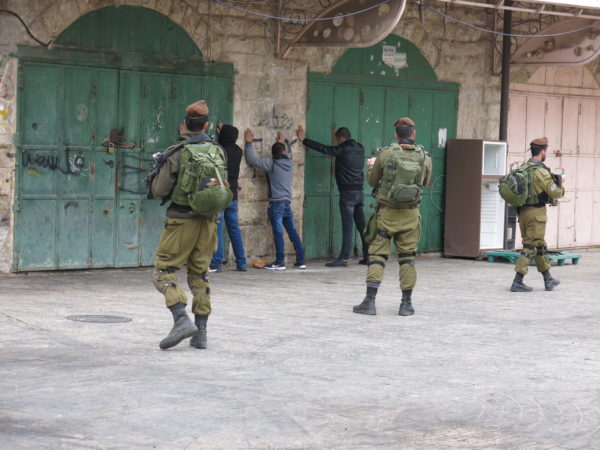 According to the Occupation Forces, Palestinian residents threw Molotov Cocktails at the soldiers close to a near by checkpoint. This made them illegaly enter a privately owned property, and search the house without a warning or search warrant. Tear gas was used to control the area. The formal excuse is that the military is looking for weapons, and the house has been raided many times previously, despite never finding any weapons. The house belongs to the  family, and there are currently eight people living in the house divided on two families. During the raid, the family did not resist in any physical way and the soldiers made the children anxious and afraid. The adults tried repeatedly to calm the children and to have a civilized conversation with the soldiers. After not finding anything of interest, the soldiers left the property around 11.00 PM.

Due to the close proximity to Kiryat Arba, the families endure a lot of verbal and physical provocation from settlers of all ages. Apart from settler violence, the Israeli army is always present in the area. Military vehicles frequent the roads, and soldiers are often stationed along the route.This is one of many strategies the Israeli Occupation Forces use in order to restrict Palestinian mobility in the area. Many Palestinians choose to leave the area, although many families lived in there for many decades.

When the ISM members got informed of the situation they had to access the area by foot, since Prayer Road is available for Israelis only. Public transport is not an option, which makes many parts of Al-Khalil detached and hard to access. What formerly was a family home for the Abu Adnan Danna family, is now a place of uncertainty and oppression. This makes the every day life in the city hard for many Palestinian residents.