At the beginning of July the local committee of Burin invited to the town`s 8th Kite Festival of the City. The festival is kind of a tradition for this town, but has not taken place for the last three years, because the main organiser and head of the Burin Youth Committee, Target Organisation for Rural Development, Ghassan Najar was in prison, having been arrested for hosting the last Kite Festival in 2014. 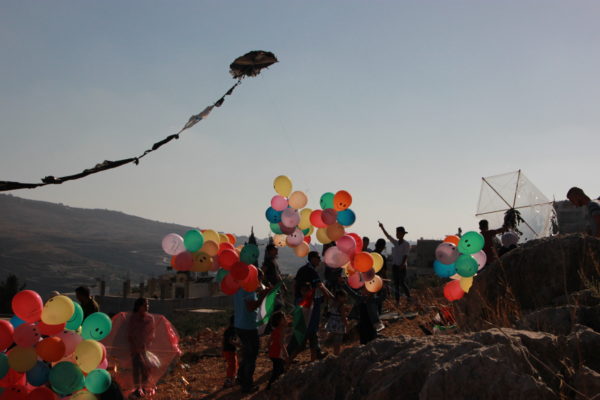 Festivities on the hill

Burin is a small village west of Nablus with 2,000 inhabitants.

Around 400 people participated in the festival, which saw the community organise food, water and music for the attendees, who gathered on a hill in the north of the village. Families from Burin, children form the Jordan Valley and also kids from the Balata refugee camp in Nablus were able to come together to spend a sunny day in the hills and to compete to see whose kite flew highest. The children brought colourful, handmade kites, the men danced and the women handed out delicious homemade treats. The atmosphere was full of peace and joy. 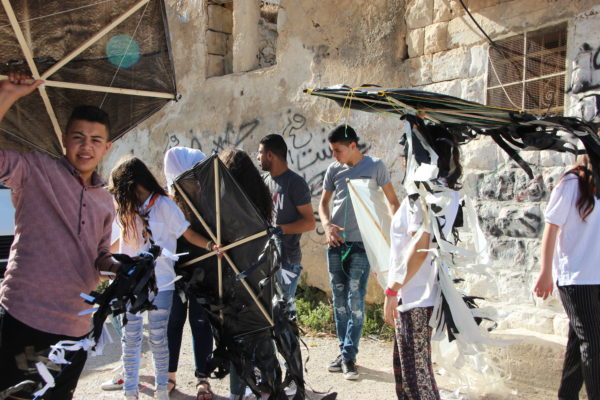 Children with their kites

Every child got a medal as memento for this great day after the competition was over. 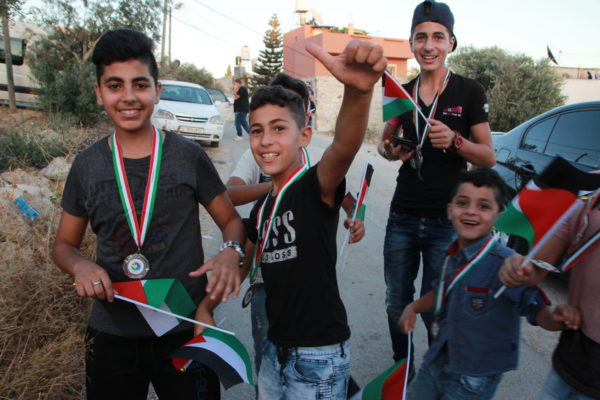 Some children proudly showing their medals

The main organiser, Ghassan, has been head of the Target Organisation for Rural Development for several years. This Committee is heavily targeted by the Israeli forces: 25 of the 40 members were once detained up to three years without a charge, laptops were stolen, their belongings were broken and relatives of the members threatened. 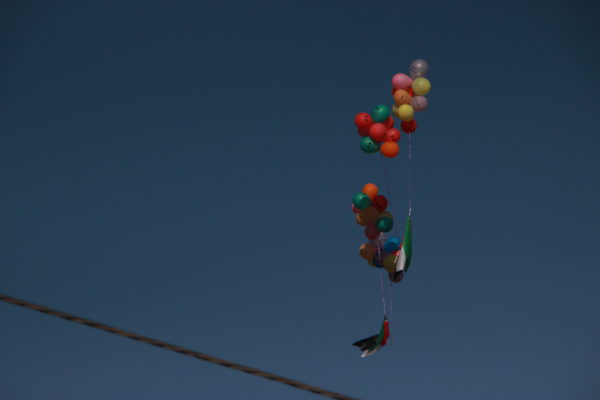 Balloons flying in the sky

Military raids are common in Burin, as it is located directly next to the illegal Ariel settlement and surrounded by illegal military and settler outposts. Settlers are constantly threatening the farmers of the village when they go out to work on their land. A huge part of the land is not even accessible for the farmers, as entering the property which is close to the settlement is simply to dangerous. Settler violence is one of the major problems of the community: burned olive trees, stolen olives and harassment are part and parcel of the olive harvest season.