26th June 2017 | International Solidarity Movement, al-Khalil team | Hebron, occupied Palestine
A fourteen year old Palestinian boy was shot at by settlers and soldiers before being arrested on the 25th June at 4:00 pm outside Bab al-Baladiya, the military base overlooking the old city in occupied al-Khalil (Hebron). Sources are unclear as to why he was arrested however it is known that the Israeli forces have been looking for him for a long period of time. 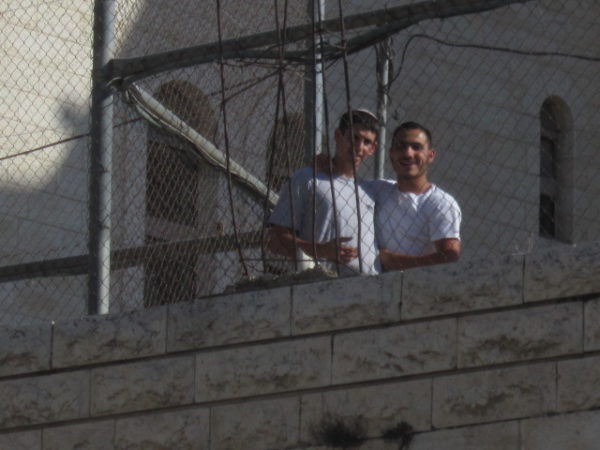 The settlers that reportedly shot at Mohammad

Eyewitnesses claim that Muhammad was outside of the gate of Bab al-Baladiya when a group of settlers and soldiers shot three rounds of live ammunition as well as reportedly throwing sound bombs. After that, they came out from the gate and took him inside the base.

Muhammad’s brother Mahmoud (18) was arrested in a similar fashion on May 17th and has yet to be released. After arresting Mahmoud, the Israeli forces called their family to demand that Muhammad be turned over in exchange for Mahmoud. This praxis is clearly against any human rights standards and is intended to exert pressure on the family to basically exchange one son for the other, clearly disregarding any kind of legal standards in the proceeding.

This took place on the first day of Eid al-Fitr “the feast of breaking the fast”, the most important religious holiday celebrated by Muslims worldwide, marking the end of Ramadan, the holy month of fasting. This feast, normally, is a family feast, where everyone would go and visit their families, which in occupied al-Khalil is impeded to a large degree by Israeli forces. Both Mohammad and Mahmoud though, will not be able to celebrate this feast with their families. 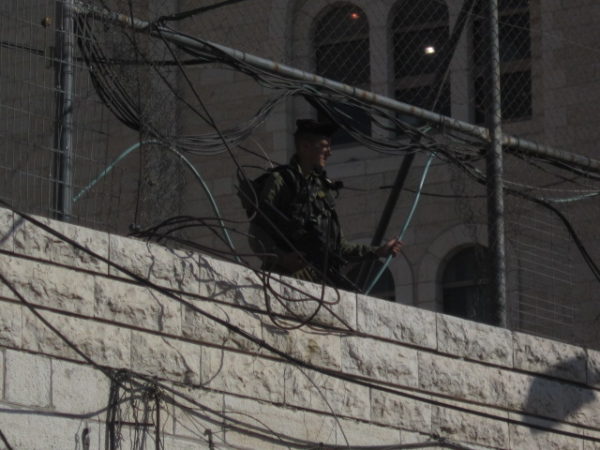