As anywhere all over the world, Palestinian Muslims are celebrating the end of the fasting-month Ramadan with the 3-day feast of Eid. Eid usually is a joyous occasion, everyone dresses up nicely and the most important activity is visiting family. For Palestinians under Israeli military occupation though, it is a little more difficult. Countless daily movement-restrictions, navigating the maze of permanent and sudden, so-called ‘flying’ checkpoints is just one part of the methods of slow ethnic cleansing enforced on the Palestinian civilian population by the Israeli forces.

In the Tel Rumeida and Shuhada Street area in occupied al-Khalil (Hebron), receiving visits from family must sound something like a distant dream. A dream that will never come true. Since the area was declared a ‘closed military zone’ by Israeli forces in November 2015, any Palestinian that is not registered at the checkpoint, is not allowed to come into the area. The residents have been assigned numbers that are used to identify by the Israeli forces whether or not they are (theoretically) allowed to pass the checkpoint and reach their homes.

Surprisingly, on the first day of Eid on Sunday, Israeli forces actually allowed family members to cross the checkpoint and visit their family-members imprisoned in this ‘closed military zone’. Whereas the joy about the unexpected visits has been enormous – it is dimmed by knowing that this will be the only visit for at least a year. The unexpected visitors though, had to report of long queues, they had to give the name and the sure-name of the registered residents they are visiting at the checkpoint, and very strict ‘checks’ at the checkpoint. It has not been announced that any non-residents would be allowed to pass, instead of turned back just like it happens so often. Many that didn’t know, didn’t try. 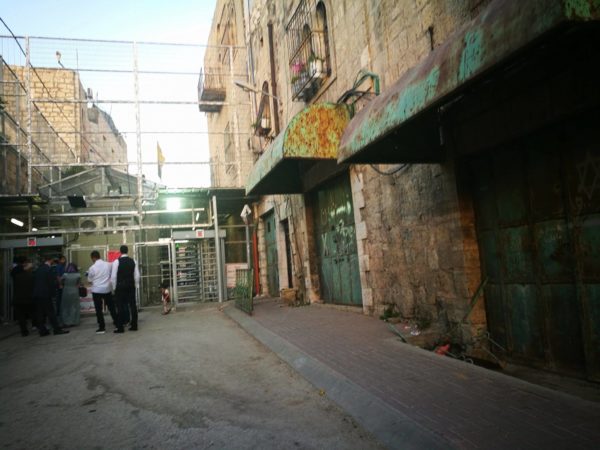 For Palestinians who had their lives incarcerated in this ‘closed military zone’, even the joy of suddenly and finally having family come for a visit, is still always strictly linked to the knowledge that the Israeli forces restrictions are only meant to drive them out of the area, to make life so hard and unbearable for them, that they would just use. It’s always connected to the simple fact that their fault is simply: being Palestinian.