In the early morning of the 21st March a group of Israeli forces carried out ID checks and body searches on young Palestinian men and children on their morning commutes through the souk (old market) of Hebron.

Two ISM activists were walking to a checkpoint to monitor and report on violations of freedom of movement when they encountered large numbers of Israeli soldiers in the souk. Local Palestinians were ordered at gunpoint to throw their ID cards on the ground for inspection, and many were subjected to body searches and made to sit in the road. One boy was ordered to remove his shoes and toss them towards the soldiers before being made to sit on the cold ground for over fifteen minutes. 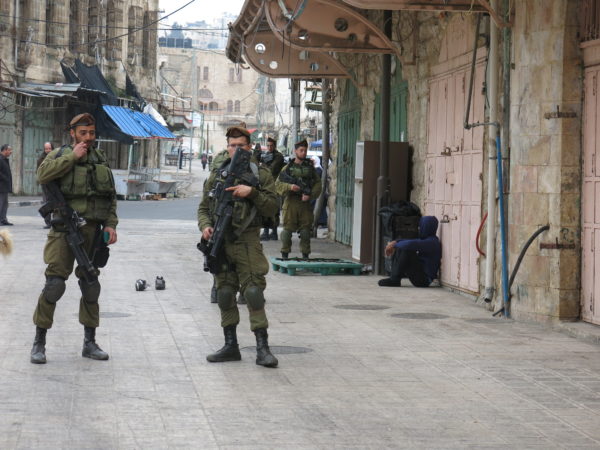 A young Palestinian boy is made to remove his shoes and sit on the ground for fifteen minutes by Israeli forces.

Cars were also stopped, delayed, or diverted. One Palestinian shop owner was forced to leave his van whilst he and it were both searched by Israeli forces. 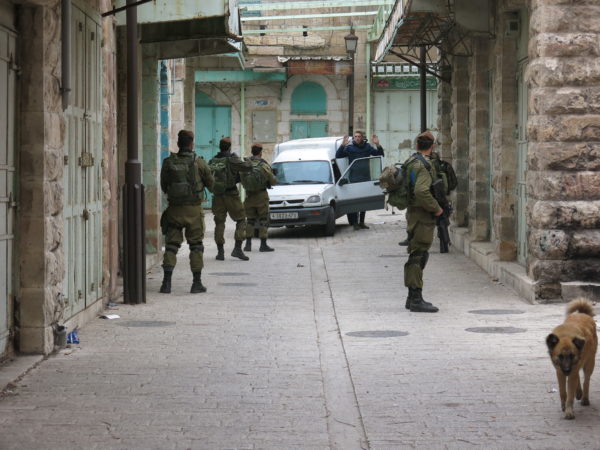 A Palestinian man is stopped by Israeli forces whilst driving through the souk.

The incursion lasted for over an hour before the Israeli forces returned through the gate which leads to the military base, having searched over fifteen Palestinians and delayed many more. Incursions such as this highlight the restrictions on freedom of movement faced by Palestinians in Hebron and across the West Bank every day. 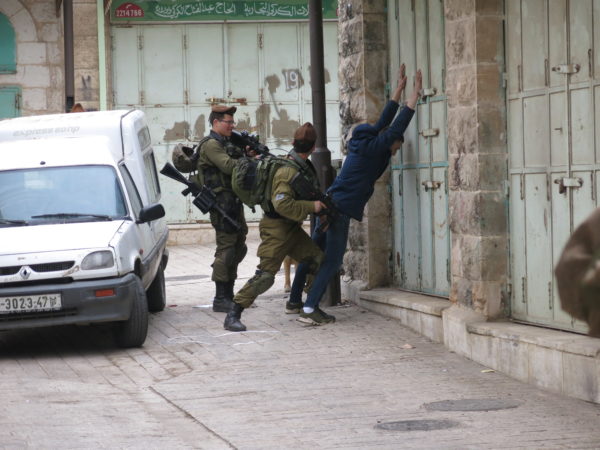 A van driver is body searched and questioned by Israeli forces. 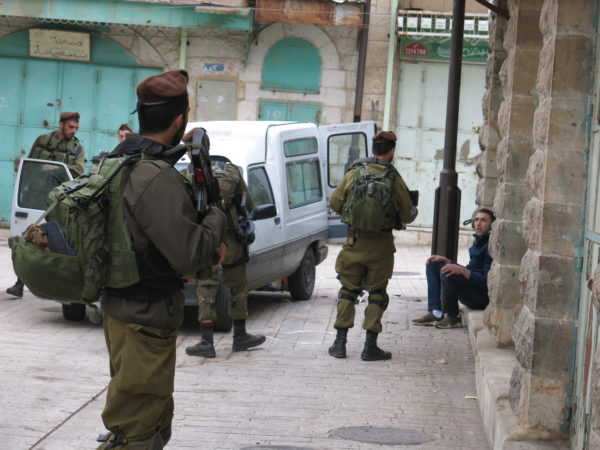 The driver is made to sit whilst Israeli forces search his van.