The eighth annual demonstration against the closure of the Tel Rumeida and Shuhada Street districts of Hebron was dispersed by Israeli violence within five minutes of setting off this year.  Nearly a thousand attended from all over Palestine, and included Israeli and international activists.  Many were injured by tear gas.  Here are the pictures of the day: 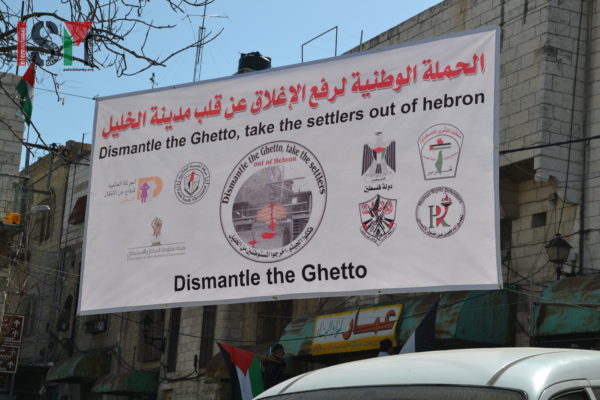 Dismantle the Ghetto banner in Bab al-Zawiya, near entrance to the closed zone 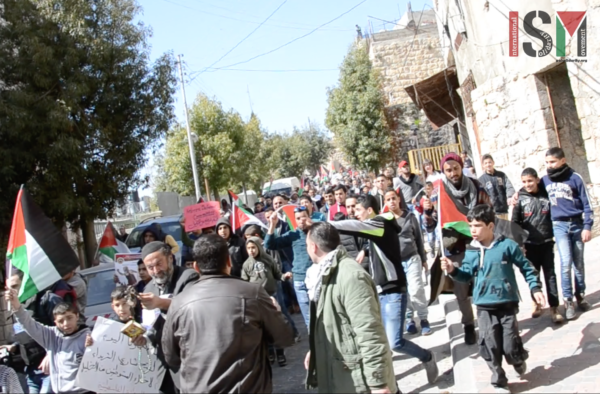 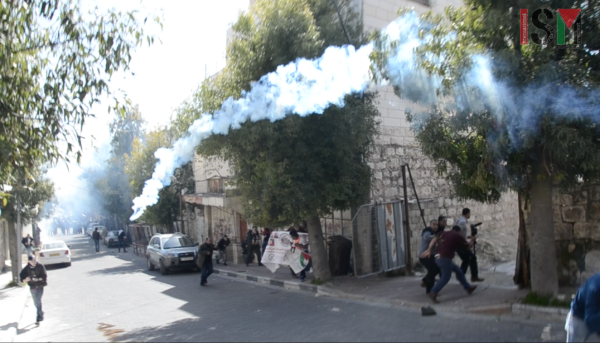 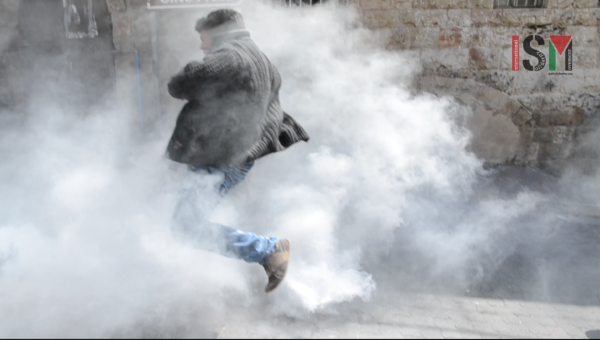 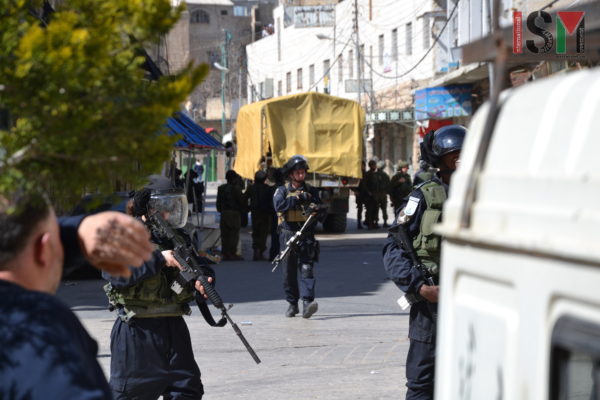 In an act of collective punishment, Israeli forces bring out a skunkwater truck, and spray houses in the old city with foul smelling chemical water 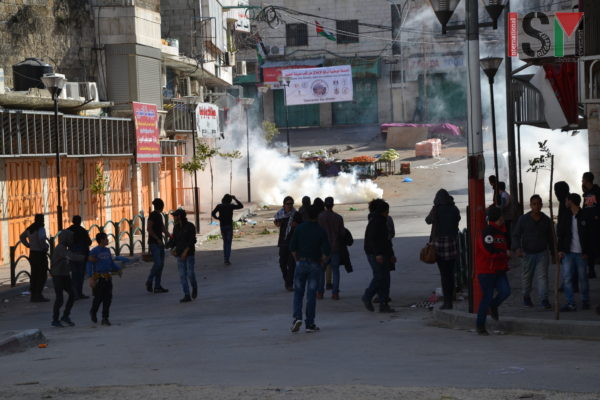 After the protest is disrupted, clashes erupt in Bab al-Zawiya between Palestinian youth and Israeli forces