Israeli forces on Sunday, 15th January 2017, have put up new barbed wire at the edge of an Islamic cemetery in occupied al-Khalil (Hebron), showing no respect for the graves. 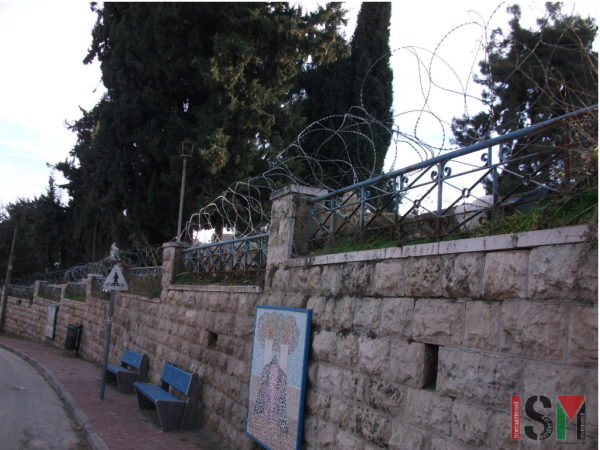 The Islamic cemetery borders directly onto the larger section of Shuhada Street where Palestinian presence is entirely outlawed, as the main illegal settlements in downtown al-Khalil are situated here. On Sunday, Israeli forces installed extra layers of barbed-wire at the side of the cemetery bordering Shuhada Street. During a break, soldiers were sitting on grave-stones, without any respect for the dignity and peace of the dead, or their loved ones’ feelings as they see the occupying army stomping through the cemetery, ‘resting’ on grave-stones and lying barbed-wire on the graves. Israeli forces in the past have repeatedly bluntly disregarded this cemetery as a resting place, regularly conducting military exercise inside the cemetery. 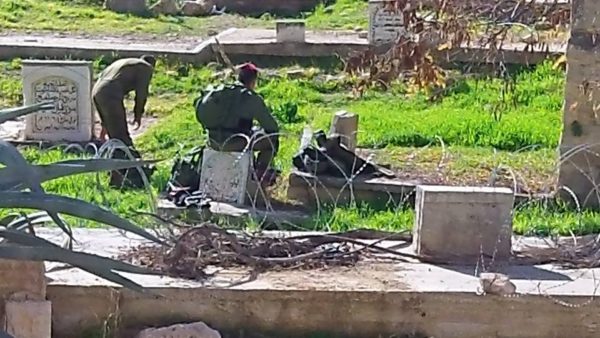