Yusef Sheukhy is one out of many Palestinians in Silwan who has already suffered much from the Israeli presence in occupied East Jerusalem. Five of his children have spent time in Israeli jails; the most recent released on 27 May this year. And on Tuesday 29 November, he and his wife and children got brutality woken up at 3am by Israeli soldiers and workers who had arrived to demolish half of the family’s home.  According to Yusef Sheukhy, between 150 and 200 soldiers were surrounding the home and neighboring houses, blocking off the roads, as the workers began destroying his family home. 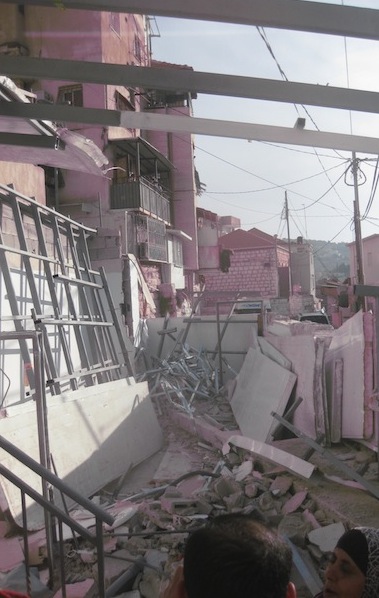 The Palestinians living in Silwan area of occupied East Jerusalem, Palestine, have faced much suffering from the Israeli military occupation. Daily encounters with violent illegal settlers, several killings and arrests by the Israeli forces, as well as an unnumbered amount of home demolitions.

More than 150 families in the East Jerusalem area of Silwan have recently been given demolition warnings by the Israeli authorities. The exact dates of the demolitions have yet to be revealed, and are very likely not to reach the Palestinians until (at the very best) a couple of days before. The families do not know where to go when their homes are destroyed, and many people are expecting to be homeless in the middle of winter.

Yusef Sheukhy was born and raised in the Old City in East Jerusalem, but when Israel began their illegal occupation of Palestine in 1967, the family was forced to leave the home that had belonged to them for generations. As many other families, they left the city and moved to the poor nearby village of Silwan. Several houses were empty and ready to move into, as many families that were originally living in Silwan had fled to Jordan, fearing for the future under Israeli military occupation. Today, Silwan families are once again being forced to leave their homes without any kind of justifications or proper alternatives provided.

Yusef Sheukhy and his sons built the second house as an extension to the original two years ago, in order to house the big family. Yusef Sheukhy and his wife have six boys and two girls and the three small rooms in the first house are not nearly enough to house a family of ten. His three youngest boys are already sharing a small room, and it is almost impossible to imagine how they will manage to fit in another six adult children in this small space.

Before building the house, Yusef Sheukhy made sure to obtain the necessary building permission from the Israeli authorities that are in control of the occupied city. But a couple of days before Tuesday, the Chief of Police in Jerusalem told the family that there were definite plans to demolish the house, as it was an “illegal construction”. Unfortunately, at this point Yusef Sheukhy was not able to find the permission papers that prove his right to having built the house, and the Israeli authorities did not give him the opportunity to get the papers reissued.

But in the end, the Chief of Police gave the family no opportunity to prove their rights or object to the order, as the soldiers arrived without warning in the middle of the night only five hours before Yusef Sheukhy was meant to meet the lawyer and hopefully get his papers again. 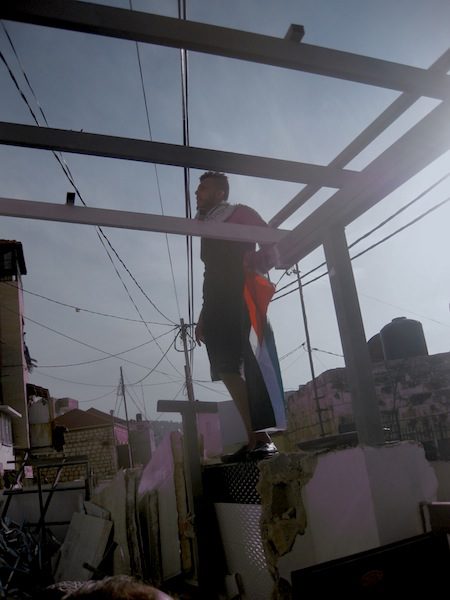 But Yusef Sheukhy will not let the illegal occupiers succeed once more in dispossessing his family. He is determined to stand his ground: “We will rebuilt, don’t worry. We will not give up. We are suffering but we will never give up.