Palestinian woman arrested in Al-Khalil accused of carrying a knife

A Palestinian female was arrested on the 1st of November near Qeitun checkpoint accused of carrying a knife. Eyewitnesses described her being ordered to kneel on the ground, open her dress and loosen her hijab in public, before being handcuffed and escorted behind the gate at Qeitun checkpoint. However, none present saw any sign of the knife she was accused of carrying.   The Palestinian woman was initially attended to by around seven armed soldiers, who were joined shortly afterwards by two jeeps each carrying several more, including female officers who presumably conducted a more vigorous physical search. Internationals present were forced back and ordered not to photograph or film the ensuing incident. 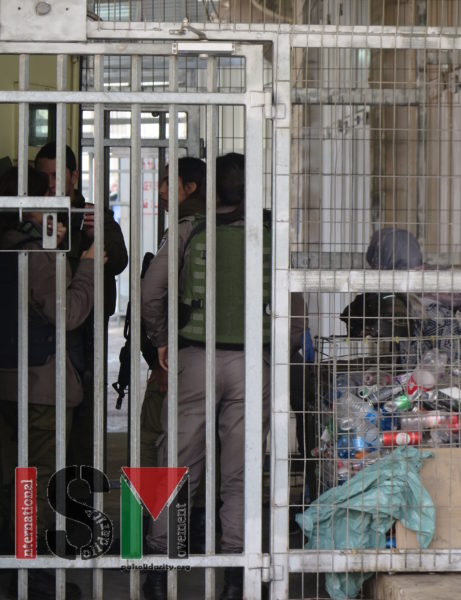 Her four children, aged 10, 8, 4 and 1, lingered ominously at the checkpoint gate, hoping to see their mother emerge unscathed. Unfortunately this was not to be as she was later walked to the nearby police station were she may be detained indefinitely. As explanation for her arrest and the time frame of her detention, an Israeli officer claimed, “we are not above the law”, implying that they would conduct themselves in a lawful manner whilst carrying out their investigation against her. 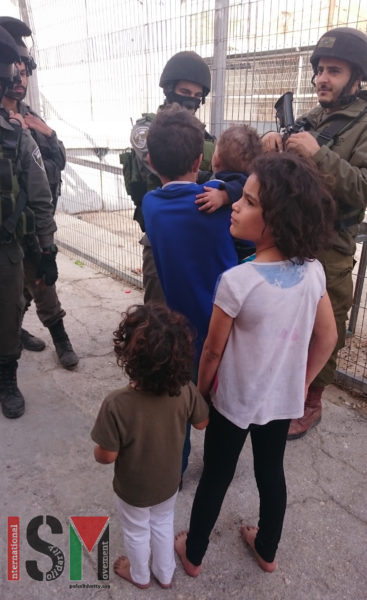 Such statements as this offer little comfort to her children or the Palestinian residents of Hebron, who are far too aware of Israeli policy against Palestinian arrestees and the stark double standard between the laws that exist for Palestinians and the laws that exist for Israelis. Putting to one side the humiliating way in which this woman was treated and the total disregard for cultural sensitivities as regards the removal of her hijab in public (in which concealment of a knife is almost inconceivable), in the eyes of the law, Palestinians’ rights are hugely diminished relative to the Israeli settlers that occupy the same space. In fact, they are subject to two entirely different legal systems.

Palestinians arrested in the West Bank area are, after intensive interrogation, sentenced and trialled in Israeli military courts. However, an Israeli arrested for an identical offense, within the same jurisdiction, is sentenced and trialled in Israeli civil courts. The differences between military and civil law are vast and are designed to legitimize discriminatory and oppressive policies implemented against Palestinians in the name of maintaining Israeli “security”. In 2010 it was revealed that a whopping 97.4% of Palestinians trialled in Israeli military courts are convicted of the crimes of which they are accused. Bearing the brunt of this prejudiced system are Palestinian youths, who, under military law, can be detained initially for up to 6 months for otherwise minor offenses. The most common of these is stone throwing, which carries with it a potential 20 years in prison. Any West Bank Palestinian, under the military law, is immediately presumed guilty – unless he or she can manage to prove otherwise – whereas at the same time settlers from the illegal settlements in the West Bank are presumed innocent until proven otherwise.

The only distinction between these two peoples is ethnicity. Therefore, differential treatment of Palestinians by law enforcement and judicial systems is fundamentally racist. These are facts from which Israel cannot escape, and for which the international community must hold Israel to account.