This past week marked the feast of Sukkot, which brought settlers from illegal settlements all over the occupied West Bank to al-Khalil (Hebron). There, with restrictions, harassment, collective punishment and intimidation of Palestinians – all in favor of the illegal settlers – the spirit of the Jewish holiday was turned into a feast of intimidation and oppression for the Palestinian residents, going hand in hand with increasing illegal annexation of their land.

With bus-loads of settlers from all over the illegaly occupied Palestinian West Bank pouring into al-Khalil, Israeli forces stepped up the movement-restrictions and checkpoint closures for Palestinians even more, thus making the maze of checkpoints, already almost impossible to navigate into a maze that ends mainly in dead-ends. For several days, the main checkpoint connecting the Palestinian market with the area around the Ibrahimi Mosque was closed for Palestinians, and Palestinian shop-owners in the mosque-area were forced shut by the Israeli forces – all to facilitate settler movement in areas that lack any presence of Palestinians.

The road connecting the settlements in the heart of al-Khalil with the Kiryat Arba settlement on the outskirts of al-Khalil – where only settlers are allowed to drive – has largely been cordonned off with police-barriers. 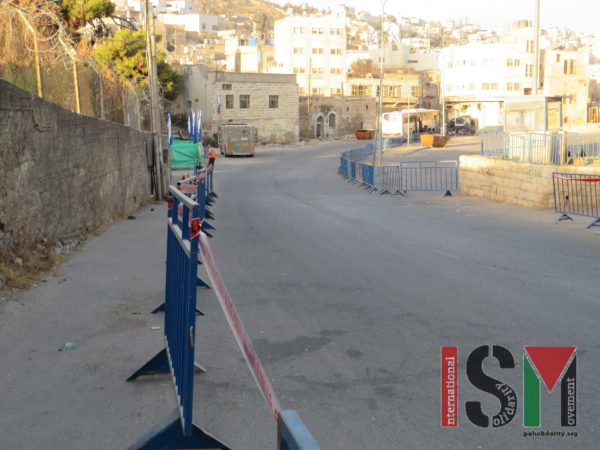 The area cordonned off by Israeli forces

Thus, school-children were not only forced to pass an even larger amount of heavily-armed military and police forces, but also navigate the maze of complete closures for Palestinians, areas to avoid due to excessive settler presence and the gates put up preventing movement in certain directions. 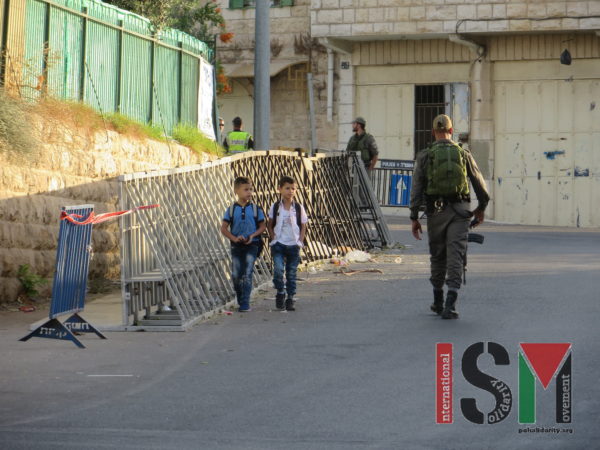 Students of al-Faihaa girls school in the Ibrahimi Mosque area, where just recently a new CCTV surveillance tower was put up following and recording every step of the Palestinian residents movement, are now studying right next to a military encampment. The building right next to the girls school entrance has already been mis-used and turned into a military encampement during last year’s Sukkot celebrations. 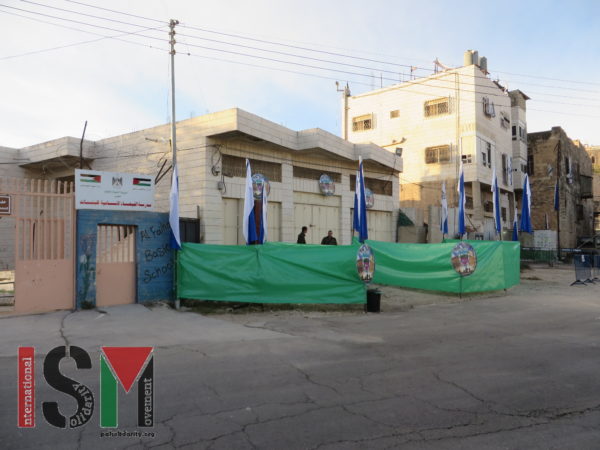 Building illegally occupied by Israeli forces for a military base

On Tuesday, many of the settlers arriving to al-Khalil on the occassion of the holiday, were ‘guided’ through the Palestinian market by Israeli forces, preventing Palestinians’ access in their own marketplace for hours. Just a day later, soldiers effectively imposed a curfew on the tiny strip of Shuhada Street where Palestinians are still allowed to walk, the Tel Rumeida neighborhood and the Bab al-Zawwiya area. The latter is located in the H1 area of al-Khalil, supposedly under full Palestinian control. With the closure of Shuhada checkpoint for six hours on Wednesday, Palestinian civilians were either locked inside or outside their houses, while settlers were accompanied by heavily armed military forces to a tomb located in the H1-area, forcing shop-owners to close.

On Thursday morning, Israeli forces marched through the streets of al-Khalil, with drums and music, in a pure show of force and power. The march went on the settler only road, that has been ethnically cleansed from Palestinian cars (but does still allow Palestinian pedestrians), illustrating the continuous plans and attempts to connect the illegal settlements in an area ethnically cleansed of any Palestinian presence. 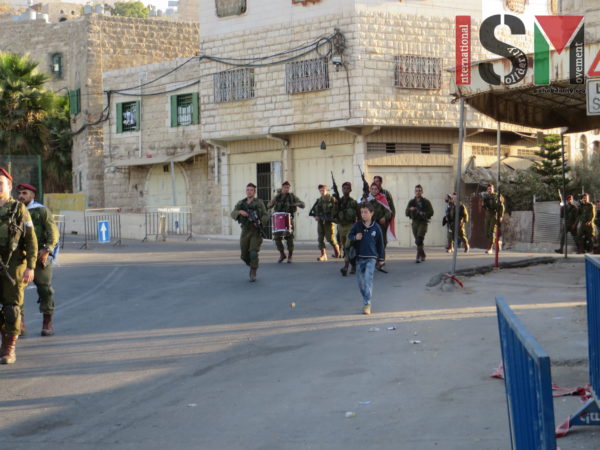 Throughout the increasing efforts to illegally annex more and more strips of land, and erase first the memory of the Palestinian heritage as a step to then erase the whole Palestinian population, Israeli forces are employing the ‘power of words’. More and more areas, streets and houses that belong to Palestinians, but in which settlers have already moved in (and were succinctly kicked out by the army), are given Hebrew names, eradicating the Palestinian names. This is just one small step of illegal annexation that even goes so far to call the illegal Israeli settlements in the city center of al-Khalil “Jewish neighborhoods”. 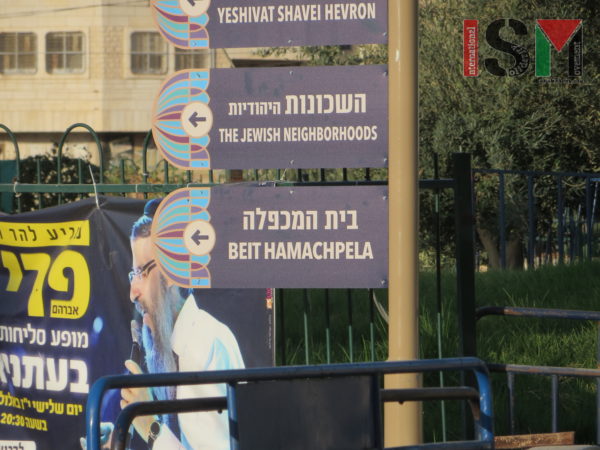 With the holiday of Sukkot lasting for another three days, more restrictions and harassment are expected. And even with the end of the holiday, the restrictions, harassment and intimidation of Palestinian civilians solely and deliberately on the ground of their ethnic group, with the continuous illegal annexation of the land, will not stop as long as the illegal occupation is allowed by the international community to continue their efforts of ethnic cleansing.