Parts of the Tel Rumeida neighborhood and the tiny strip of Shuhada Street that have not fallen prey to Israeli illegal annexation and ethnic cleansing, creating a ‘Palestinian-free’ zone, have been a CMZ since the end of October 2015.  However, the borders of the CMZ have now been further extended to include the entire Tel Rumeida neighborhood. Checkpoints that have formerly been roadblocks preventing Palestinian traffic throughout this neighborhood, are now additionally permanently staffed with Israeli soldiers. Palestinian residents, at these newly staffed checkpoints, are often kept waiting by Israeli forces for hours, denying them passage stating ‘military orders’, while at times at the same moment telling them to ‘just go around’, which would ‘only take 2 minutes’. On Wednesday, 28th September 2016, Israeli forces forced a whole group of Palestinians, including small children to wait to reach their homes for over two hours – and then suddenly just walked away from the checkpoint, thus allowing for Palestinians to pass.

Whereas Palestinian residents, in order to reach their own homes, were already forced to register as residents – a status which, depending on the soldiers mood, might allow them to reach their homes; within the newly added parts of the CMZ, Palestinians are arbitrarily and deliberately kept waiting without any reasons – except for being Palestinians. 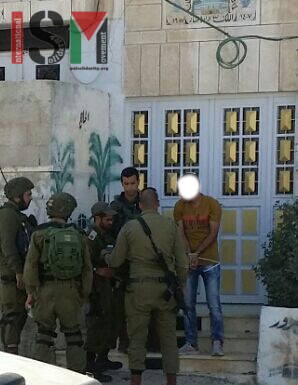 These arbitrary and racist practices are not new to the Palestinian population of Hebron in general, and the Tel Rumeida neighborhood in specific. The sole and very obvious aim of these tactics is to force Palestinians to leave the area and thus extended the illegal settlements in this neighborhood by creating a zone ethnically cleansed of any Palestinian presence.