During a Friday demonstration in Kafr Qaddum, Israeli forces fired teargas and live ammunition directly at demonstrators, bystanders, children, and a parked ambulance. Soldiers arrested two Palestinian journalists and a Red Crescent medic, and injured an 18 year old British national with live fire. Despite attempts by community leaders, including the mayor of Kafr Qaddum and the Qalqilya DCL, to negotiate with the Israeli commander and his officers, Occupation forces continued to suppress the demonstration with extraordinary recklessness and brutality. 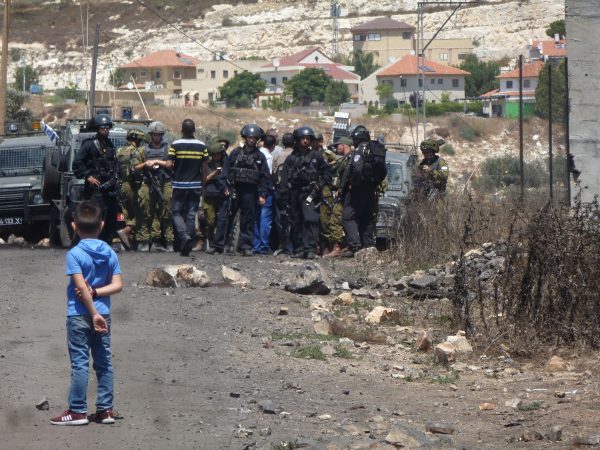 Following midday prayers, around a hundred villagers gathered together, along with a number of Israeli and international activists and observers, and peacefully began the weekly march down the main (now inaccessible) road to Nablus. At least two-dozen Israeli soldiers had already positioned themselves inside the village, and began firing tear gas and rubber coated steel bullets as soon as the crowd was within view. Despite this, the crowd pushed forward. During a moment of calm, a number of community leaders including the mayor of Kafr Qaddum and the Qalqilya DCL attempted to negotiate with the Israeli commander. The Palestinian representatives presented their original demands, which include the unconditional reopening of the main road to Nablus. After thirty minutes of dialogue which left the people of the town optimistic but unsatisfied, the demonstration resumed and teargas began to rain down once again. Israeli forces began firing large amounts of rubber coated steel bullets, stun grenades as well as live ammunition. After shooting more teargas, Occupation forces arrested two Palestinian journalists and a Red Crescent medic. The three individuals were released later that day, but many of those arrested in Kafr Qaddum are not so lucky. Israeli forces regularly make use of drone technology to capture images of and identify demonstrators for the purposes of eventually arresting them during night raids on the village. 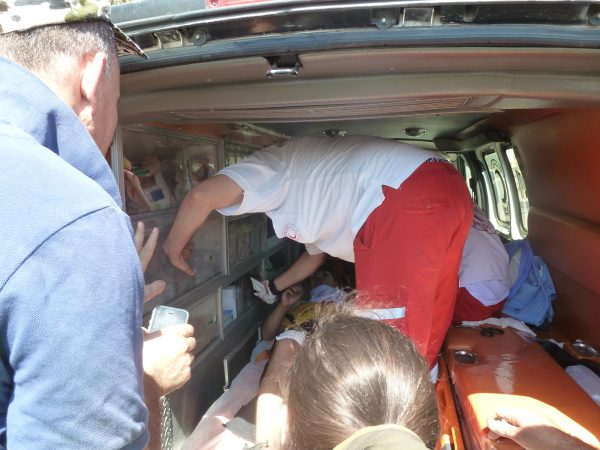 In Kafr Qaddum and all over the West Bank, police and military forces have been increasing their use of high-velocity teargas canisters, known to Palestinian demonstrators as “rockets” and to Israeli forces as “interior barricade penetrators.” These weapons have been responsible for numerous deaths and critical injuries over the years, as the canisters, though meant to be shot into the air and arc downwards, are almost exclusively fired directly at individuals. The frequent use of these high-velocity canisters in Kafr Qaddum follows a disturbing yet familiar trend: use of deadly force as a first resort. New regulations introduced in December of 2015, but kept classified until recently, authorize use of deadly force on anyone who is throwing, or appears to be preparing to throw a stone or firecracker. Mohammad Bassam, lead attorney for the minority rights group Adalah has stated that, “the new regulations relate to such actions (throwing stones or firecrackers) as if they were acts of war and grant legitimacy to light-trigger fingers [among officers], thus posing a fatal danger to the lives of young Palestinians.” Empty canisters litter the ground in Kafr Qaddum, and nearly all the windows that are not barred have been shattered by them.

For five years the people of Kafr Qaddum have been holding weekly demonstrations, protesting the closure of their main road to Nablus and the expansion of the illegal Israeli settlement of Kedumim, which surrounds the village. In 2003, the road was sealed permanently by an Israeli roadblock, extending the ten minute commute to Nablus to about forty minutes. The roadblock has had severe economic consequences for the people of Kafr Qaddum, as many who once worked in nearby Nablus have had to seek alternatives. The United Nations estimates that movement restrictions imposed by the Israeli Occupation, such as the situation in Kafr Qaddum, cost Palestine about 185 million USD each year.