Solidarity visit to Ni’lin: Killings, arrests and invasions as part of the everyday life

“There was a single Israeli army jeep that invaded the village late at night. This was very strange, as usually if the army come, they would come with 10 or more jeeps…“

This is what we were told when we visited Ni’ilin on Friday 6 May, referring to the start of the terrible Israeli incursion into the village a night earlier in the week – where a seven day old baby suffered tear gas inhalation and had to be taken to hospital. 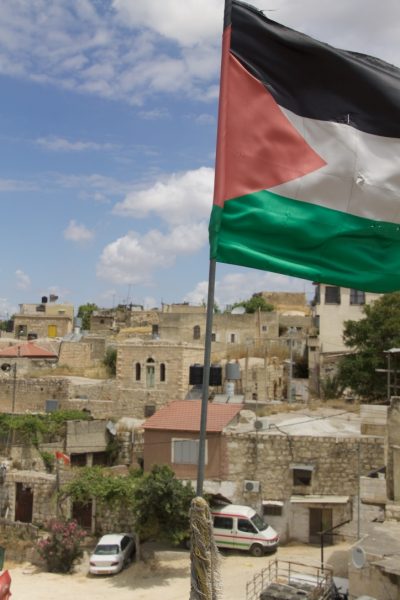 The village children, concerned and curious about the invasion of the village, had followed the jeep and blocked the road which meant the jeep could not get out. The soldiers then called for back up and four more jeeps came into the village on a rescue mission. This is when the occupation forces started indiscriminately firing vast amounts of teargas. No one is clear about the reasons why the first jeep decided to invade the village nor why they felt the need to use so much teargas.

The army often come at night to arrest youg people accusing them of partaking in the weekly demonstrations, but no arrests were made that night even after all the violence. However in the last six months, five boys aged 16 and 17 have been arrested and are still in prison without any charges being made against them.

We had come to the village to establish what had happened on that night and to show solidarity by joining their weekly demonstration against the apartheid wall. Apart from a committed group of Israeli protesters, the demonstration no longer attracts many international activist or media attention.

However, as the paramedics from the Red Crescent told us, the Israeli occupation forces are far more aggressive when there is no international and/or media presence to record their actions and monitor their behaviour. The villagers would therefore welcome any support international activists can offer. For a relatively small demonstration, that has only been going for eight years, there have been a significantly high percentage of deaths. Five people have been killed since it started, most by live ammunition, and notable as well as heartbreaking for our organisation, an ISM activist was severely injured by a tear gas canister here in 2009 and has sadly not recovered.

The village of Ni’lin is located only about three kilometres from the Green line (which marks the pre-1967 border) and has suffered extensive land theft and settlement expansion. Our guide pointed out one of the many illegal settlements encircling the village: Hashmonaim, which was built in 1985, and is located next to the apartheid wall and is one of the reason it was built where it is. 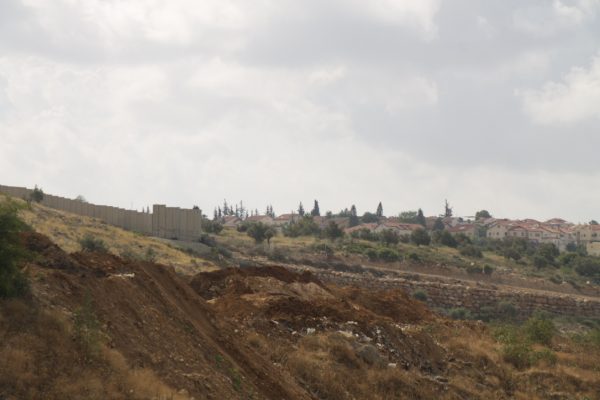 The village, being so close to the Green line mean the apartheid wall (which for the most part does not follow the agreed border anyway), has been routed through land belonging to the village. By positioning the wall well into Palestinian territory and thereby stealing large areas of land in the process, Israel ensures the further expansion of the illegal settlement. The Israeli supreme court judged it unlawful at one point but eventually the build went ahead, and since then residents have been protesting and campaigning against it.

The weekly demonstration has been ongoing since 2008 with the villagers of Ni’lin non violently protesting against the apartheid wall and the annexation of their lands. When the wall was first erected, some of the young boys in the village manage to cut through what was then a wire fence. The army responded by erecting the very high concrete wall now standing there, resulting in even more of Ni’ilins lands being lost. Many villagers are farmers and with the loss of their land, have also lost their main form of income. Many others used to work in ’48 (Israel proper) but because of the wall and the impossibility of gaining permits to enter Israel, they can now not continue to do so and have also lost their source of income. 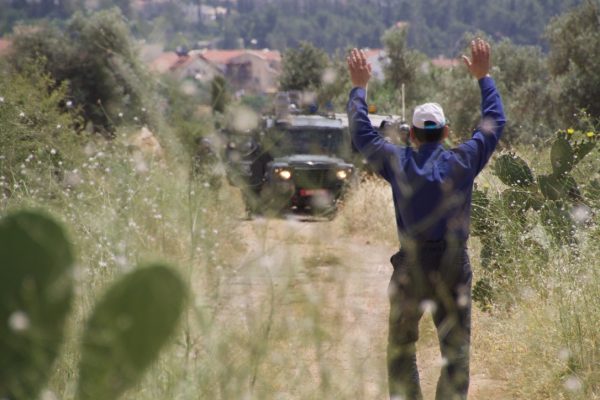 During the weekly demonstration, protesters walk from the village towards the wall with the aim of reaching it. However, the army now enter into the olive groves in the village preventing any chance of protesters reaching their goal. This means there are often clashes with the army firing teargas, rubber bullets and live ammunition. But on Friday we were fortunate that the army used no violence at all – instead they spent their time filming the protesters to be able to identify them, presumably for later arrests. This may be a worrying sign- since it was a repetition from the previous week’s demonstration which was also quiet- that further night raids may occur. The villagers, however, are not deterred and will continue to assert their rights and peacefully protest the illegal appropriation of their lands the, the apartheid wall and the injustices they face. I dearly hope to be able to join them soon again as they deserve all the support they can get.