On Friday 1st April, Palestinians from the town of Nabi Salih, along with international and Israeli activists, marched together in solidarity to protest the illegal Israeli settlement of Hamalish that has been built on and expanded over time on Palestinian land.

The march started shortly after the noon prayer, around 1:30pm, activists gathered near the entry point of the town. From here they set off and made their way peacefully down the hillside to the main road, at which point they were met by volleys of tear gas by the awaiting Israeli forces. 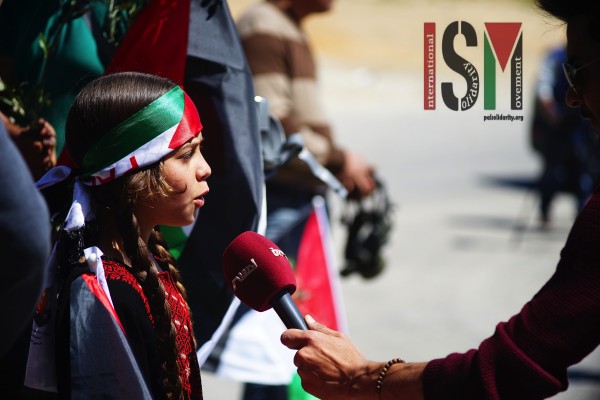 A young girl being interviewed prior to the demonstration

With sporadic wind changes the initial tear gas spread quickly and caused the demonstrators to be hit hard, feeling strong effects from the gas. Once the first rounds of gas had cleared the demonstrators re-grouped and made their way to the natural spring that was once part of Palestinian land but has been overtaken by settlers and deemed a closed military zone since, allowing only the army and the illegal settlers to use it whilst barring Palestinians from the area.

“I’ve never felt tear gas so badly before, the winds just made it unbearable. I felt as if I was going to pass out…” – Activist on the scene

Once the spring was reached, the activists, led by females from the town of Nabi Salih began to plant small olive trees on land that is rightfully theirs in a peaceful form of resistance to the occupation. This was cut short by the boarder police soldiers who physically grabbed and pushed the women away, throwing tear gas and stun grenades at them also.

More occupation soldiers arrived within minutes, during this time there were copious amounts of tear gas thrown and over twenty stun grenades dropped at the feet and thrown directly at the demonstrators. The soldiers pushed demonstrators back over the road from the direction in which they came, using more force and even using pepper spray directly in the faces of activists. 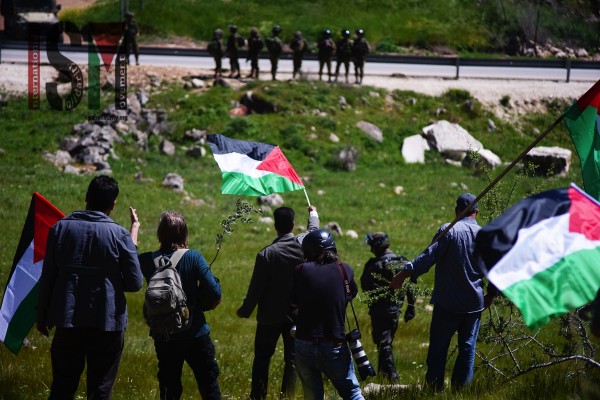 Demonstrators and soldiers stand off 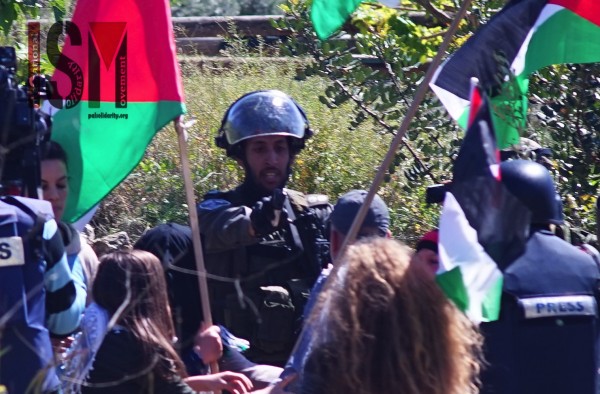 A soldier about to begin pepper spraying demonstrators 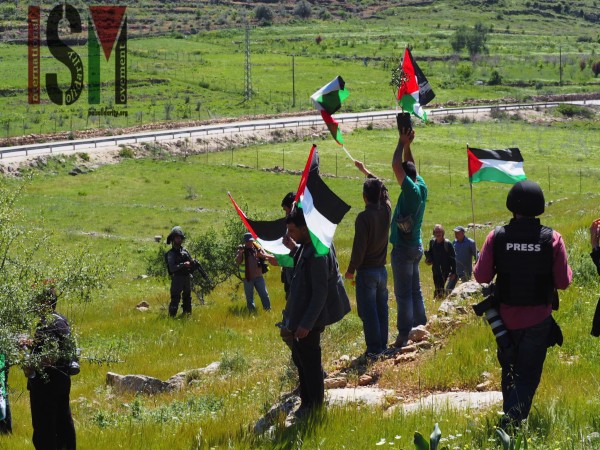 Demonstrators standing defiant in the face of the occupying forces

The demonstrators started to make their way back to the town of Nabi Salih about an hour after it had begun, this did not stop the soldiers from continuing their excessive use of force and harassment as they fired volley after volley of tear gas at the demonstrators who were leaving peacefully.

The soldiers also began firing the extremely dangerous, and sometimes lethal, long range tear gas canisters. The canisters break into three parts during flight and are virtually undetectable. During flight, for the first three to four hundred meters they leave no gas trail making it hard for anyone to detect where they are coming from. The canisters flew past the heads of demonstrators who were leaving, this being extremely dangerous as they were quite often not looking in the direction from which the tear gas canisters were coming and weren’t expecting any more aggression from the Israeli forces. 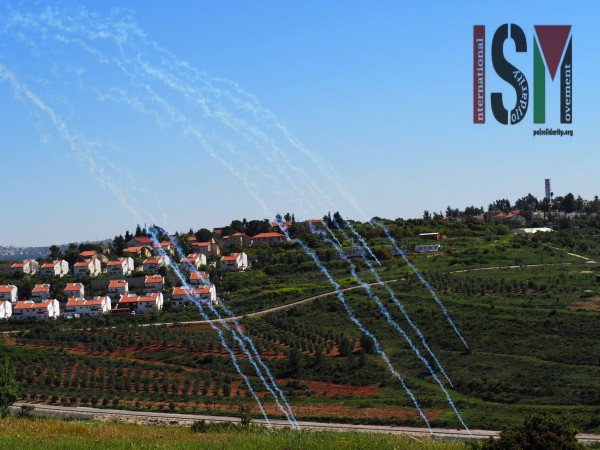 “I heard a whistle and then a smash, the canister exploded into fragments  on a rock right next to me” – Activist on the scene

Thankfully no people where injured during the demonstration but with continued and excessive use of the long range tear gas canisters, it may only be a matter of time before someone is seriously injured or killed unless the occupying forces refrain from using such a weapon.