Wednesday the 6th of April 2016 at 6 o’clock in the morning, Israeli forces demolished 6 homes in the village of Um Al Khair in the south Hebron Hills in the southern part of the occupied West Bank in Palestine. 36 people are now with out shelter. Most of these are children, who are now homeless. 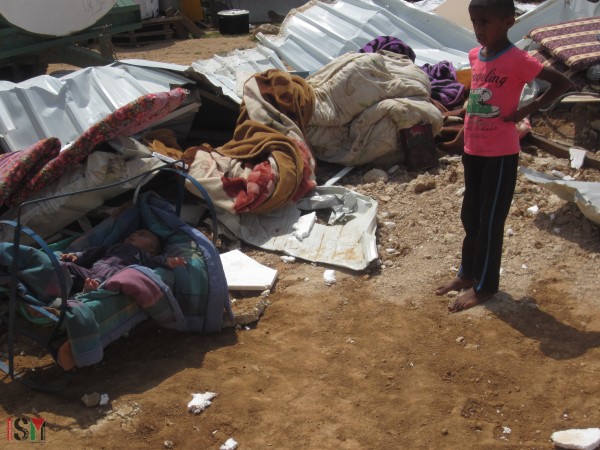 Children standing on the land of their now demolished homes, Um Al-Khair

During the demolition of the 6 houses, the Israeli forces beat up an elderly man from the neighbourhood, who is the grandfather to some of the children, who was protecting the houses and trying to stop the demolition. The demolition order was made, to make an expansion of the near by settlement possible and to confiscate the land belonging to the Palestinian families. 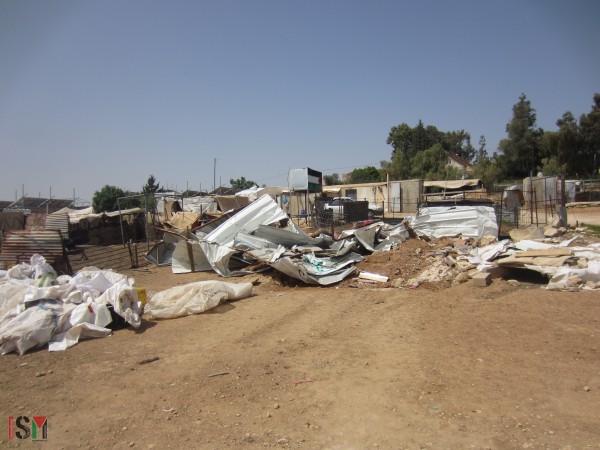 This is not an unknown concept in the South Hebron Hills, which is an area that is very vulnerable and under constant threat of demolitions, because of the amounts of settlements and the lack of building permissions, that are not given. The two Hebron Hills villages of Tuwani and Susiya in particular are being targeted a lot, not just with demolition orders and subsequent demolitions, but also by settlers, who attack them often and by very violent means. The Palestinian children going to school in Tuwani who live out side of the village, need to have a military escort on the way to and from school, to avoid settler attacks while going through a piece of land that has been illegally stolen from the villagers, by the settlers. 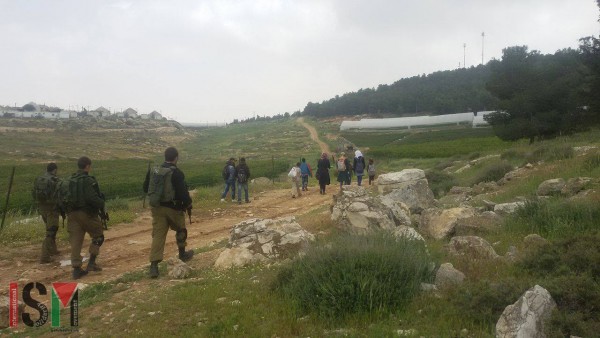 Children being escorted to school by soldiers to avoid settler attacks

Just within the last few weeks, both Tuwani and Susiya have experienced demolitions and since the start of this year, more than 700 Palestinians have been left homeless and without shelter due to Israeli Forces demolishing Palestinian houses in the occupied West Bank. In just over 3 months this is the same number for the whole of 2015. 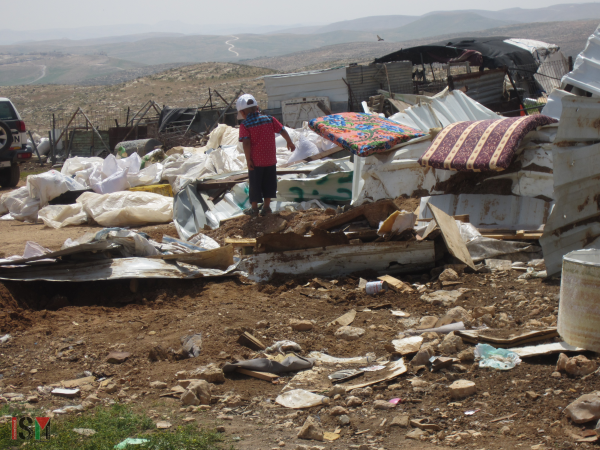