The synagogue-tent was build up by settlers some years ago opposite the main entrance to the biggest settlement on the outskirts of the city, Kiryat Arba. Even though it is privately owned Palestinian land, Israeli forces have never even attempted to stop the settlers from going onto the land and illegally erecting the so called synagogue – first as a tent, later on as a more permanent structure. 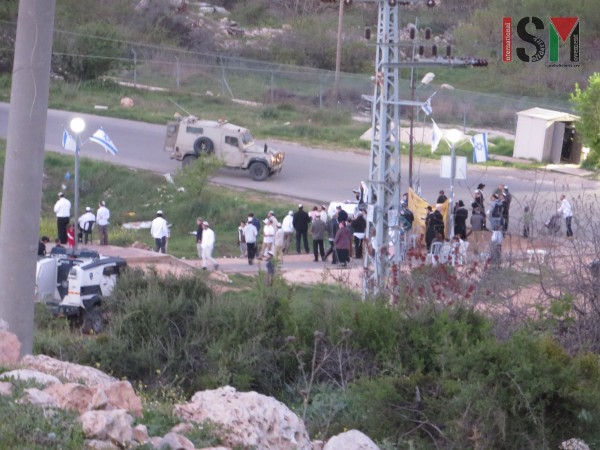 Settlers gathering on the Jabari family land with police protection

The land is located in between the entrance to Kiryat Arba and a second illegal settlement of Givat Ha’vot – and strategically connects the two with a set of stairs which already cuts right through the land. The Jabari family who legally owns the land has been fighting this in Israeli court for years. Even though the court ruled that they are the legal owners, the family are banned by the Israeli forces from using the stairs and even ordered to leave and threatened with arrest by Israeli soldiers when they try to go onto their land. Settlers, on the other hand, freely trespass on the land protected by both the Israeli army and the civil police.

After the synagogue-tent was last demolished in April 2015 in accordance with the Israeli court’s decision, settlers returned only a day later to start rebuilding. The structure was demolished yet again on 9th March this year. 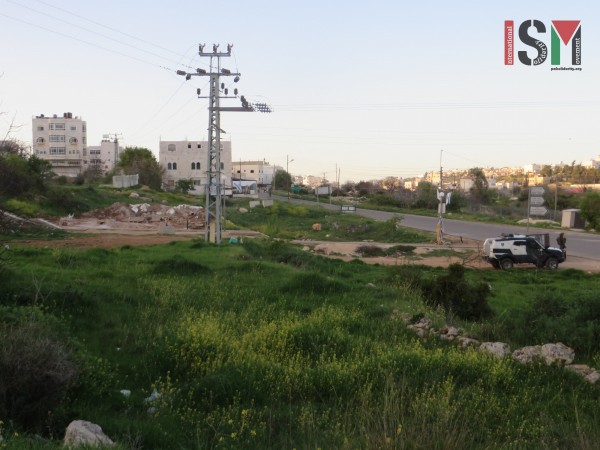 For years the families living in the direct vicinity have faced settler harassment and attacks on an almost daily basis. At the end of last year, Israeli forces put an additional tent, a military checkpoint, on the land. Palestinians walking down the main road next to the land are stopped, checked, interrogated and searched by the Israeli forces. This is a road which only settlers and Israeli forces are allowed to drive on. Palestinians must walk.

This clearly illustrates the way that Palestinians not only in al-Khalil, but all over the Israeli occupied West Bank, have barely any chance of successfully addressing illegal land-theft or any other violations of their basic human rights. Humiliation, violence, attacks and crimes against Palestinians are going unpunished as settlers enjoy complete impunity and injustice prevails.