25 February 2016 marks the 22nd anniversary of the 1994 Ibrahimi Mosque massacre in occupied al-Khalil (Hebron). In commemoration of the Palestinians killed in this massacre, the Hebron Defense Committee (HDC) organised a wreath-laying at the martyrs cemetry.

Baruch Goldstein, an Israeli settler walked into the Ibrahimi mosque on 25th February during the Ramadan noon-prayer and opened fire on the worshippers, executing 29 and injuring more than 120 Palestinians. In the direct aftermath of this massacre, Israeli forces started cracking down on Palestinian basic human rights, freedom of movement and freedom of worship. The Ibrahimi mosque was divided into two parts and a synagogue installed in one part with exclusive use for Israeli settlers from the illegal Israeli settlers in al-Khalil. The once bustling Palestinian market in Shuhada Street was closed for Palestinians, their shops forced to close and doors welded shut – and has now become known as ‘ghost town’.

In order to remember and commemorate the Palestinians killed in the massacre, the Hebron Defense Committee, representatives of the families of the martyrs of the Ibrahimi Mosque massacre, the governor of Hebron amongst others attended the wreath-laying at the martyrs cemetry in al-Khalil, where those killed by Israeli forces and settlers are laid for their last rest. In a speech, Hisham Sharabati, the coordinator of the HDC, stressed the importance of the ‘freedom of worship’ that is so often infringed on by the Israeli forces, and the duty to protect this freedom. As direct results of the heinous massacre committeed by Baruch Goldstein, Israeli forces imposed restrictions and closures on the whole Palestinian population – a collective punishment that is illegal under international law – in an attempt to force Palestinians out. According to Hisham Sharabati, thus it is even more important to remember and continue the struggle for their rights, under the motto ‘Dismantle the Ghetto, take the settlers out of Hebron‘ with the aim of ending the illegal Israeli occupation. 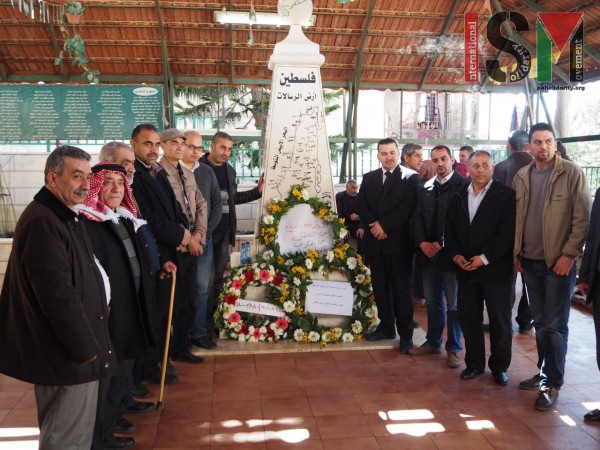 The representative of the families of those murdered in the Ibrahimi mosque massacre asked for more attention for the victims families. Whereas the grave of Baruch Goldstein in the biggest illegal settlement right on the outskirts of occupied al-Khalil, Kiryat Arba, has become a shrine that is worshipped by settlers not only from al-Khalil but throughout the occupied West Bank and Israel; while the families of the Palestinian victims are asking for more attention. Instead, they are suffering from the Israeli forces violence, harassment and closures that are violently enforced on the whole Palestinian population in al-Khalil. 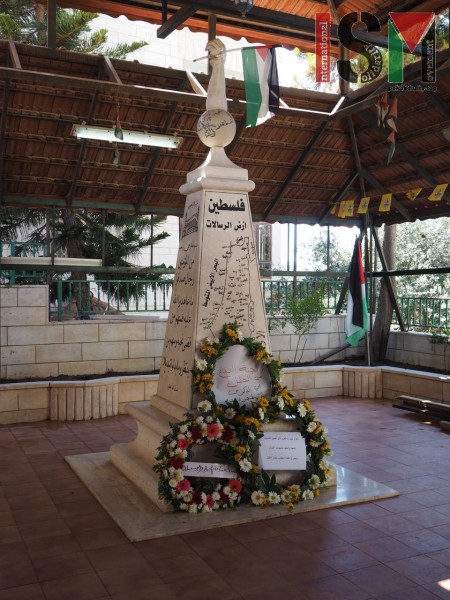 Wreaths in the martyrs cemetery