Notorious settler Anat Cohen interrupted a peaceful movie screening, which was hosted by Youth Against Settlements to commemorate the victims of the Ibrahimi Mosque Massacre in 1994. 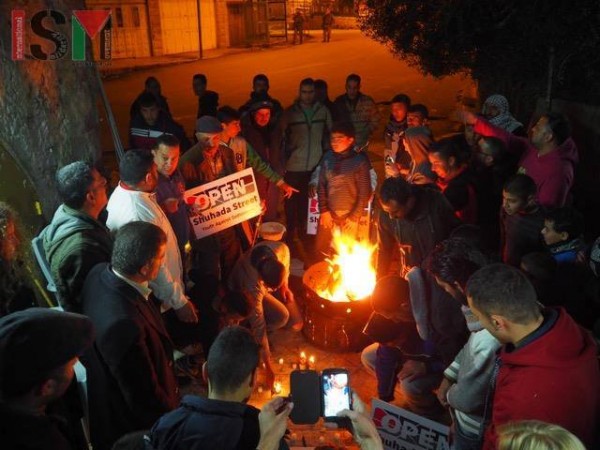 Every night, Palestinians gather around a bonfire in the Salaymeh neighborhood of occupied Hebron to keep watch in case of settler attacks. Today, as part of the Open Shuhada Street campaign, 50-­60 people had come here to light candles in memory of each of the 33 victims of the massacre and its immediate consequences, followed by a documentary titled “Hebron Under the Microscope.” 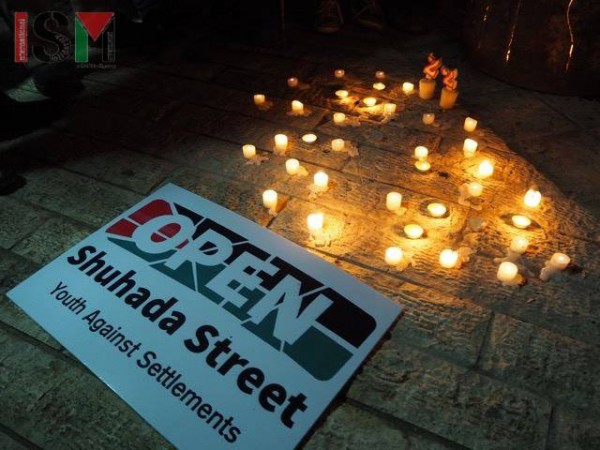 29 Palestinians were murdered inside the Ibrahimi Mosque on the 25th of February, 1994, when Israeli settler Baruch Goldstein entered and opened fire at the Muslim worshipers inside. Four Palestinians were killed on the same day in the clashes that broke out around the Mosque in response to the massacre. In the aftermath, the mosque (also known as the Tomb of the Patriarchs) was divided in two, with the larger part turned into a synagogue while heavy scrutiny was imposed on the Palestinians and areas closed completely to them, including an important market and the main street, Shuhada street. In protest of these closures, Youth Against Settlements organizes events around the anniversary of the massacre as part of their Open Shuhada Street campaign, held annually in Hebron and worldwide since 2010. 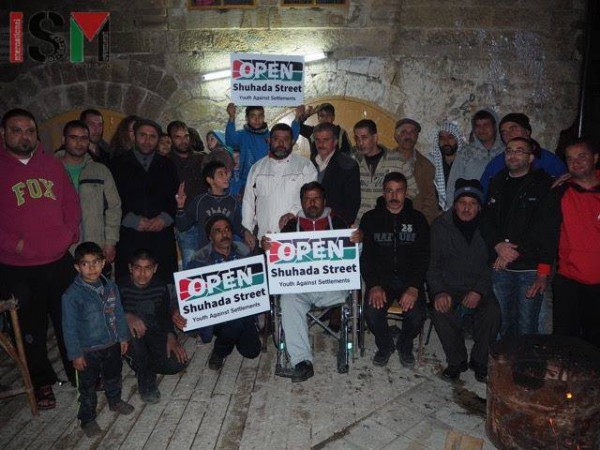 During the screening of the documentary, three Palestinians were detained by the army for no apparent reason across the street along with a ten­-year­-old girl. The coordinator of Youth Against Settlements, Issa Amro, was also detained when trying to reason with the soldiers. 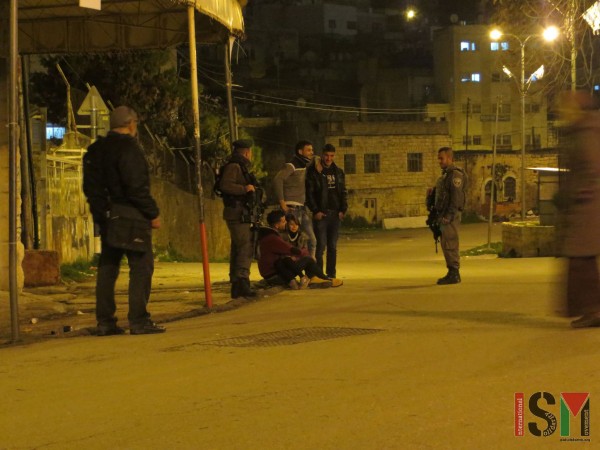 Then the notoriously aggressive settler Anat Cohen slowed down her car next to a group of Palestinians and hit those who could not escape fast enough. She made a u-­turn and left her car to yell at and intimidate the Palestinians gathered in the street. She filmed and verbally and physically attacked Palestinians and internationals while soldiers stood by and did not intervene. Instead of stopping her unprovoked aggressions, they began loudly pushing back the Palestinians, restricting them to certain parts of the street and preventing them from documenting. 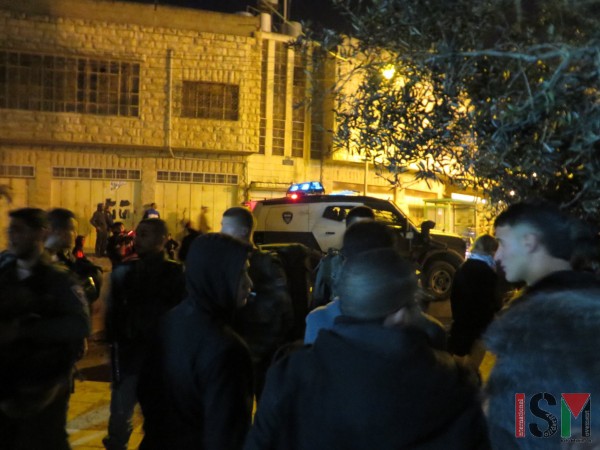 Heavy arguments broke out. A man fainted and had to be taken to hospital by ambulance when he witnessed a soldier hit his wife with a gun. The army repeatedly pushed back Palestinians using excessive force. Eventually, Anat Cohen left without facing any consequences for her violent assaults and harassment, witnessed by the army and civil police.

Wael Fakhouri, a resident of the neighborhood: “We work hard to protect ourselves from settler violence.”