Today marks day 12 of an ongoing sit-in protest at check point 56 at the entrance to Shuhada Street and the Israeli occupied part of the city. The peaceful protest began on 7th January when a local woman, Wafa’ Sharabati, 38, was arrested at the checkpoint  due to a discrepancy with her ID while trying to pass. During the arrest she was harassed by Israeli forces who claimed that she was a ‘troublemaker’ and threatened to put a knife in her bag. 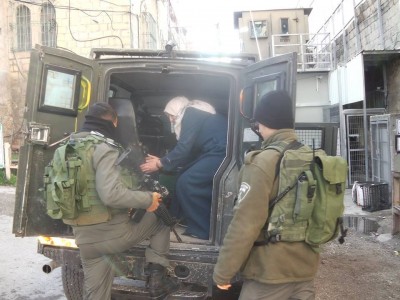 The family, joined by other locals and activists, staged a sit in afterwards protesting the arbitrary arrest and harassment as well as the increased difficulty passing the newly renovated checkpoint and the closed military zone.  The checkpoint leads into the Tel Rumeida neighbourhood which Israeli authorities declared a closed military zone on November 1, 2015. The closure forced all residents to register and be assigned numbers in order to pass to their homes, and to add to the restrictions, no visitors of any kind, family, friends, media or human rights defenders have been able to enter. ISM and many other organizations are now calling on the international community to act and put an end to the closed military zone. 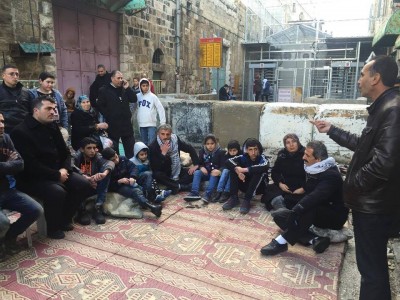 Families peacefully protesting after the arrest

Since the initial sit in, an ongoing protest tent open to all has been established to show solidarity and support until the closed military zone comes to an end. The tent is set up and visited daily, despite the cold weather, from morning until night by local residents, youth, activists, and even tourists. Members of international organizations such as Interfaith Peace Builders from the U.S. and the UK Political Council, as well as local ones such as, Hebron Rehabilitation Committee, have also visited to learn about the situation. Any individuals or groups who wish to attend to show support or learn more are welcome to join. 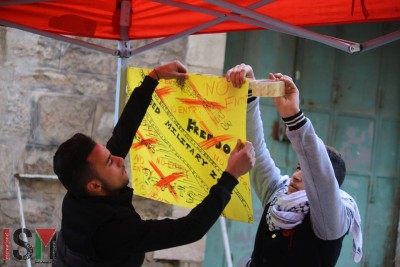 Local youth set up the protest tent in the morning 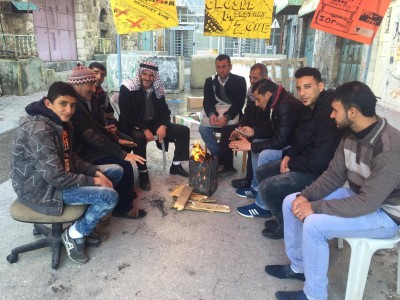 Day 5 at the tent (photo by Youth Against Settlements) 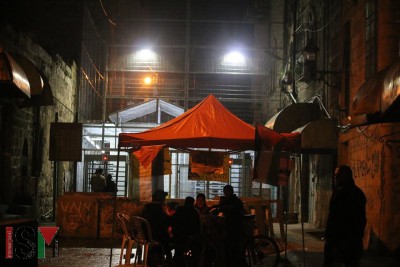 Gathering around the fire at night