A frightening walk to school in occupied al-Khalil (Hebron)

As Palestinian schoolchildren were walking to school for their end of the year exam, infamous settler Ofer drove past the Ziad Jaber elementary boys school on the route to the illegal Israeli settlement Kiryat Arba. Even though he is not a trained medical professional, but instead works as ‘settlement security’, he is often seen driving around occupied al-Khalil in an ambulance. He stopped the ambulance right at the military gate that children and teachers have to pass on their way to school. 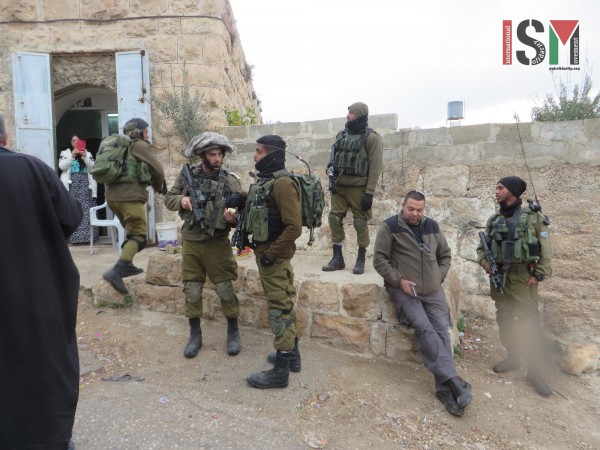 Israeli forces and settler directly opposite the school gate

As more and more soldiers and eventually the police arrived, school children were too scared to cross the military gate that was half-blocked by several military and police jeeps as well as the ambulance. With this large group of heavily armed soldiers, police and well-known, infamous settler Ofer immediately outside the school gate, the children were effectively prevented from accessing their school – a clear infringement on their basic human right to education. 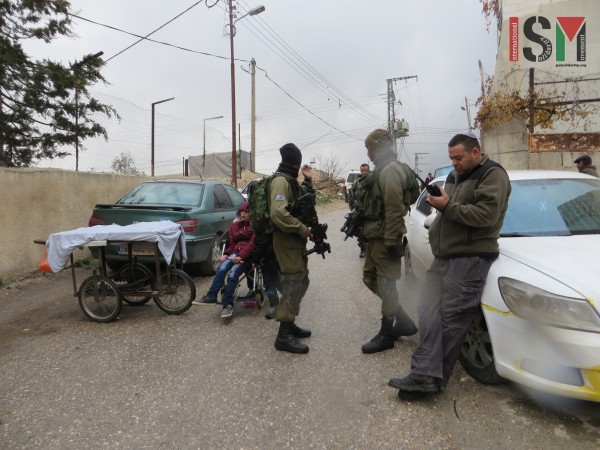 While Israeli forces and Ofer stayed outside the school-gate for over half an hour, another group of soldiers aggressively body-searched every person walking up the hill towards the school from the other direction. Around the corner from there, groups of school-children were gathering, too scared to pass the soldiers on their way to school. The children had to be picked up by a group of teachers and walked to the school, some of them in tears. 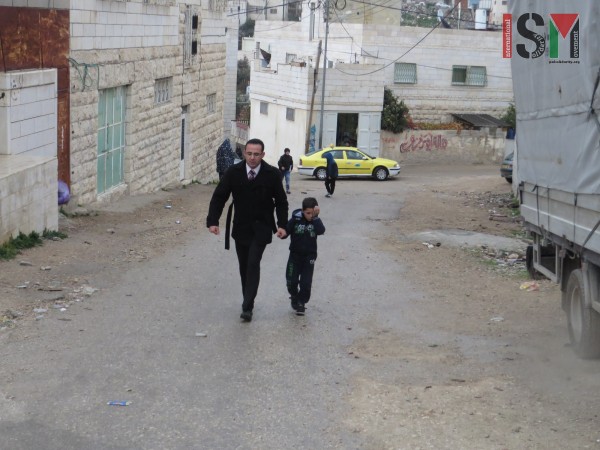 The soldiers, as well as the Israeli police, were acting purely on the settler’s every wish and order. This illustrates the power settlers in occupied al-Khalil hold over the occupying army. In the end, the teachers had to ‘negotiate’ and reason with Ofer himself, as soldiers were standing idly by refusing to stop the armed settler from entering the school. Teachers and students alike instead had to fear that, on Ofer’s orders, the soldiers and police themselves were going to enter the school and raid it, as they have done in the past. When the settler, and then gradually the police and soldiers, left, Ofer threatened to come back at the end of the school day. As school finished early after the exam, children quickly left the school in big groups without any incidents. 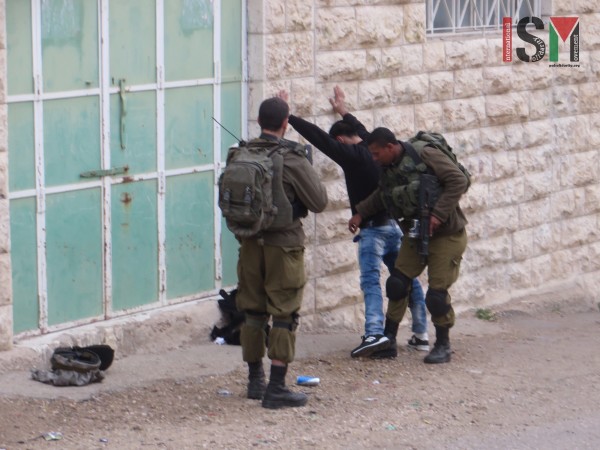 Student body-searched by Israeli forces outside the school

The school children at Ziad Jaber elementary school on their everyday walk to and from school must pass Israeli forces at the checkpoint right outside the military gate and are often witness to humiliating and aggressive body-searches of their teachers and anyone else passing by. At times, the students themselves have to wait for their school bags to be searched by heavily armed soldiers or are even body-searched on their way home from school. This atmosphere of fear and intimidation – an infringement on so many of these children’s most basic human rights – impacts their everyday life. The impact on their academic achievement can’t be estimated, especially when asked to concentrate on the year end exam after safely navigating soldiers and settlers on their way to school. This is but a small glimpse into how growing up under military occupation in occupied Palestine looks like.