New
Home / Features / In Tulkarem, students afraid to go to university after two months of violence

Palestine Tech University (PTU) in Tulkarem has now been closed for two days, for unknown reasons. The school has been witnessing many clashes between the students and the Israeli forces since the beginning of October. Dozens of young people are getting injured daily from tear gas inhalations, rubber coated bullets and live ammunitions shot by soldiers in the middle of campus. The students are deeply concerned with the situation as they all have experienced this violence in the past month. “The army came into the university, smashed the windows, broke the doors, and they are doing that for this moment everyday”, explains Ahmad Yaseem, a student who recalls the first incursions of the university Israeli forces. The university administration has asked the Israeli government the reason for this sudden explosion of violence but were not given any answers. According to the administration, the university should open again tomorrow. 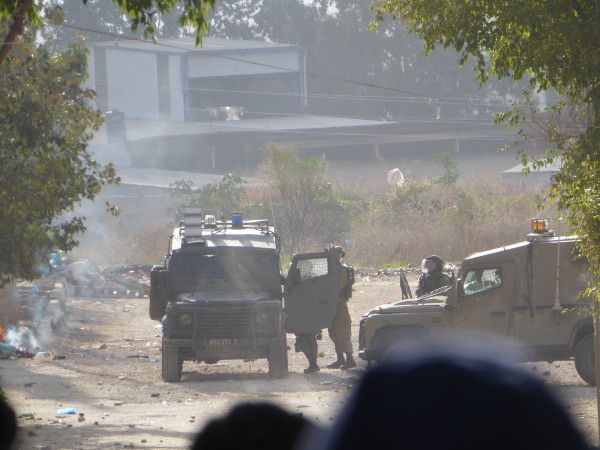 Israeli forces come on campus and scare the students 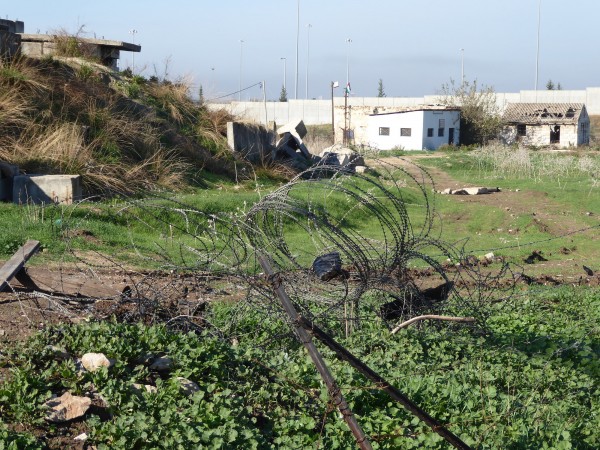 Yesterday during clashes two students were arrested, one of them after being shot with live ammunition. He was not allowed to access medical care though, and was taken away directly in the jeep.

On the 29th of november, while the students were attending an art exhibition on campus, the Israeli forces entered the university and started shooting tear gas, rubber coated bullets and live ammunition at the students. Eyewitnesses and human rights activists said that the area was filled with teargas that day, and as a result 58 students suffered from severe gas inhalation. 7 more people were injured from live ammunition, 5 from rubber coated steel bullets and 9 to 10 from rubber coated bullets. In addition to this, one student had to be taken to the intensive care unit in Nablus, and is still there at this moment. All of them were between the age of 15 and 20 years old. 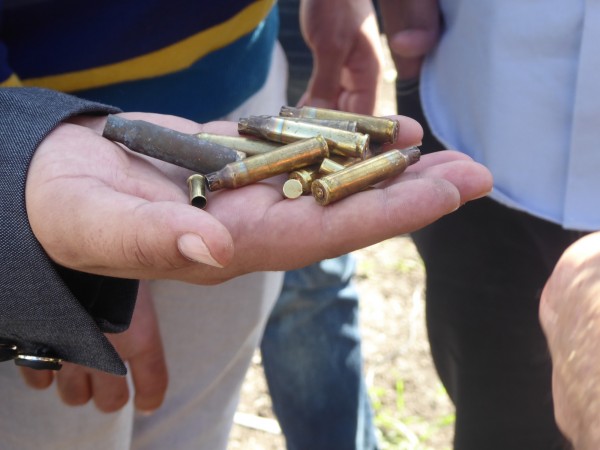 Since october 1st, over 20 students have been arrested during clashes. None of them has yet been released. Nabeha Hasan Ahmad, 21 years old, remembers the first time the army entered the university : “At first they started on the outside. They were shooting in the air. They were shooting live bullets at the students. They started to get inside the university more and more. They threw skunk water on the library.  The students who were there were getting hurt by bullets. So many students have had a gun shot. It affects our psychology, we become more afraid when we are doing our exams. We hear the sound of the bullets and we smell the gas. It became normal for our body to smell gas.” This situation obviously affects the students’ ability to attend their classes and to succeed in their studies. “Everyday they were throwing gas, so the students were afraid to come to the university, adds Beisan Ismail, a second year program information student. For the students that were shot, and the others who were arrested, it makes their education hard because they are unable to move on to the next year, they have to repeat the current year. Just like them, if I inhale gas or get arrested it’s going to be bad for my education.”
Israeli forces ptu soldiers violence Tulkarem university 2015-12-03
ISM Media