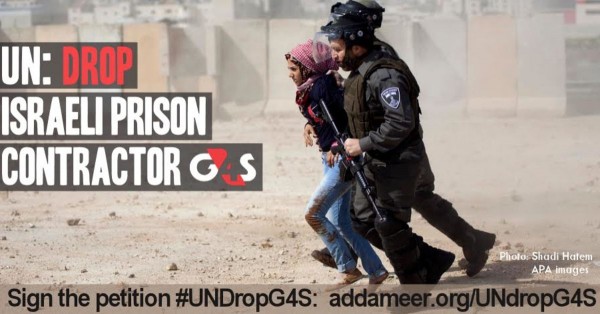 G4S, the largest private security company in the world, is involved in brutal human rights violationsat detention centers worldwide, including in Israeli prisons where Palestinian political prisoners and children are tortured and held without trial. The U.N. officially opposes these violent and illegal practices, yet it purchases more than $22 million in G4S contracts each year, ignoring G4S’s transgressions and the U.N.’s own guidelines. Join Palestinian prisoners’ rights group Addameer and organizations across the globe in calling on the UN to drop its contracts with G4S!

Thank you for taking action on behalf of justice and equality.

Nancy, Ariel, and the CODEPINK team