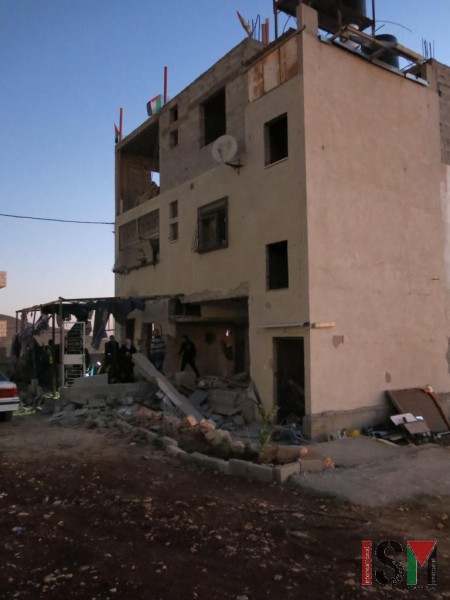 Early Saturday morning, November 14th, four homes belonging to Palestinians accused in the killings of two illegal settlers were demolished. Three of the houses were located in the Nablus area belonging to the families of imprisoned Samir Zahir Kusa, Kerem Lufti Razek and Yahia Haj Hamed.

The house demolitions are a part of a series of punitive measures by the Israeli government with the declared rationale being “prevention” of future attacks. The unlawful collective punishment, however, is breaking international law by meting out vengeance on the entire family, regardless of the fact that they haven’t been found guilty of any crime.

The case of the demolition of Kerem Lufti Razek’s home on the densely populated Al Rawda College Street, Nablus, clearly exemplifies the collective impact of the punitive measure. At 1am on November 14th, Israeli forces entered the neighborhood, forcing the residents to leave their homes, and confiscated their mobile phones to avoid video footage showing the incident. They then put up temporary checkpoints enclosing the area, and at 2:30 am started demolishing the house of Kerem Lufti with explosives.

Not only was the second floor belonging to Kerem Lufti, his parents, two brothers and one sister completely destroyed, leaving only bricks and broken walls, but also the first and third floors of the house were severely damaged and are now unsuitable for living. In the neighboring houses all windows were broken and critical structural elements were extensively damaged by the force of the blast. 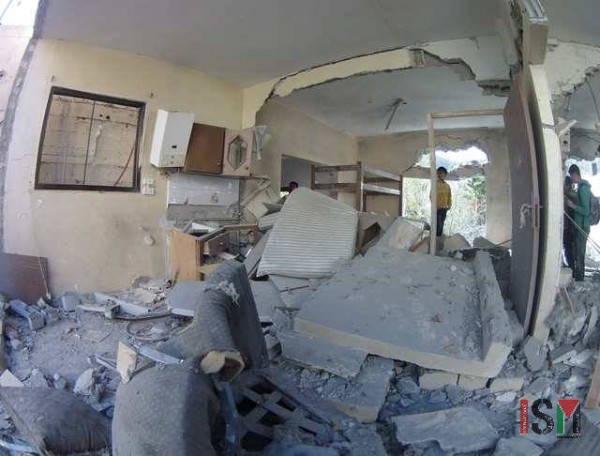 Simultaneously, Israeli forces entered the Al Dahia-neighborhood of Nablus where the family of imprisoned Samir Zahir Kusa until tonight was resident. In this case, the first floor housing the wife of Samir and their three children was completely reduced into a dusty pile of rubble and broken walls, while the two upper floors housing the family of a cousin and a brother were seriously damaged as well. 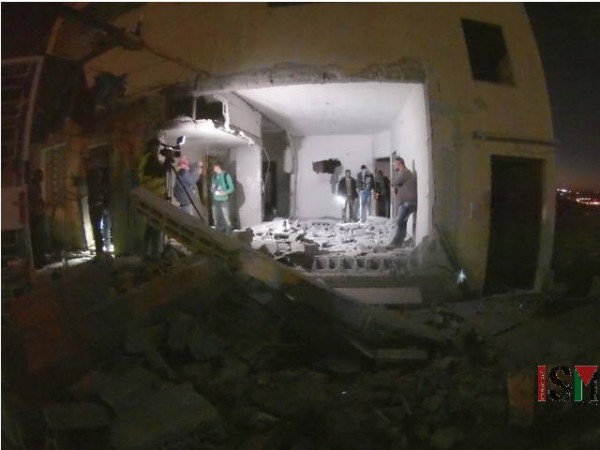 Samir Zahir Kusa, Kerem Lufti Razek and Yahia Haj Hamed were detained on October 5th as suspects in the drive-by killing of two settlers from the notorious illegal Yitzhar settlement, Naama and Eitam Henkin, in the Nablus district on October 1st. After the detention of the men, the judge’s decision of demolition was temporarily suspended but was reissued earlier this month. In Silwad village near Ramallah the house of Maad Hamad, who is accused of killing an Israeli settler on June 29th, was the fourth home to be demolished this morning.

A 19-year old resident of Nablus witnessing the house demolition in Al Dahia stated: “If they destroy our homes, we will build a hundred new,” exemplifying that despite having to face brutality, violence, displacement and destruction, the Palestinian spirit of sumud endures. 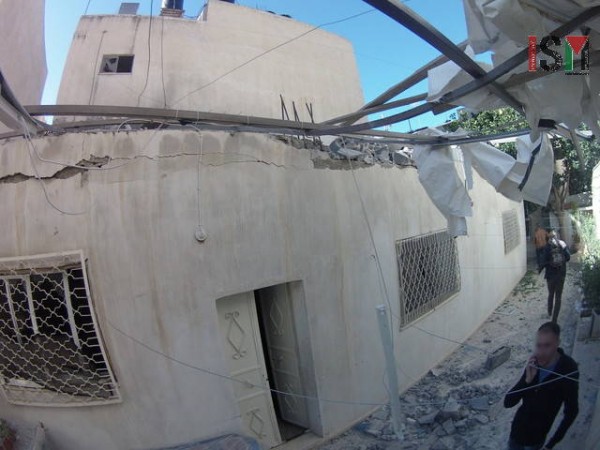 Israel is experimenting with dynamite (TNT) to demolish Palestinian homes, instead of the older procedure of using Volvo Excavators. The collatoral damage on neigboring houses was clearly visible. It is an extension of the collective punishment, which is illegal by international law.

Today  released video of the Israeli army, promotes the new demolishing procedure to  the world.