After a day of intensified violence in al-Khalil the midnight hour brought horrifying screams for help from local mosques, the screaming sirens of ambulances and clouds of teargas drifting through the streets from Bab al-Zawiya.  Three young Palestinians in Khalil lay dead from multiple gunshot wounds; two killed by Israeli forces and the other felled by the machine gun blasts of several settlers who shouted, “Arab! Arab!” before unleashing a stream of bullets into his body. The toll of Palestinian deaths has climbed to 43 in just 18 days, along with over 1900 injured.

Earlier in the day, Palestinian youth Fadel al-Qawasmeh walked in the area on Shuhada Street not segregated for the benefit of Israeli settlers.  Passing settlers as an Arab, was enough of a ‘crime’ for the point-blank, execution style shooting the 18 year old endured, only to be packaged and stamped as another Arab ‘terrorist’ when officials at the scene determined the boy had a knife.

Fadel’s case would have been the latest in a string of Israeli murders of Palestinians who supposedly had attempted knife attacks if it hadn’t happened just a few hours later just down the street from the site.  Also if he actually had a knife, which eye witnesses verified he did not and which video released by the Palestinian organization Youth Against Settlements seemed to corroborate when video taken at the scene shows one Israeli soldier handing something to another soldier standing over the boy’s body and then the soldier placing the object near him.

In the immediate aftermath of the killing, when Israeli forces should have been utilizing photo and video evidence from witnesses at the scene as well as eyewitness testimony, rather, they went on the attack. Palestinians in a home directly near the site of the killing had their home raided, terrifying the families inside and had their phones and computers confiscated only for settlers who were allowed to wander freely on the scene to be given glimpse of the evidence against them.

And while a member of Youth Against Settlements who was filming was detained while his evidence was confiscated and evaluated, settlers were allowed to photograph the boy’s bleeding body who received no immediate first aid; a common obscenity between settlers and soldiers of humiliating Palestinians as they lay dying. Settlers served tea and snacks on the scene.

Just hours later, near the Ibrahimi Mosque, 16-year old Palestinian teenager Bayan Eiseleh was seen and photographed by a witness as she was being screamed at in Hebrew by Israeli soldiers.  The photograph shows Bayan with her hands up, holding nothing.  The witness reported that Bayan backed away in horror as the shouting continued. Minutes later, she was bleeding on the ground after Israeli forces fired multiple shots into the unarmed woman.  And no matter how much evidence there is to the contrary, Bayan joins the numerous others described in headlines across the world as another Palestinian who attempted a stabbing on an Israeli soldier; and as Netanyahu described their deaths, she committed suicide. These are the post death wounds inflicted by those who already inflicted wounds on them across a lifetime of occupation and subjugation.

Just after the sun went down, on Shuhada Street, Israeli forces shot and killed Tarek an-Natseh after he failed to follow their orders to stop. He jumped on one of the soldiers, unarmed according to an eyewitness at the scene, and was then shot, “again and again and again.”  This brings up an issue that must be looked at in a very real way before the death toll climbs above the already staggering number of 43 where it currently sits. Excessive force. Are the countless ways to incapacitate someone you feel is a threat being completely abandoned? Seemingly yes.

Immediately after the shooting, settlers, who were celebrating in a frenzy on Shuhada Street, prevented the ambulance carrying Tarek’s body from leaving the scene. Some even laid on the ground to prevent the emergency vehicle from getting the critically injured and dying man to the hospital. Tarek would die soon after. 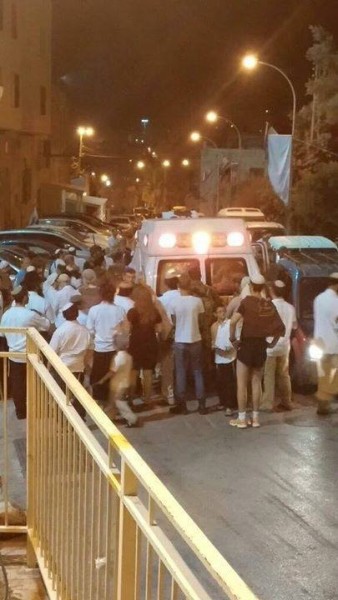 Into the late night hours, clashes raged in Bab al-Zawiya as the Tel Rumeida neighborhood went on lockdown. No one was allowed to leave their homes and several were threatened at gunpoint to stop looking out of their windows. Meanwhile gunshots blasted periodically outside.

Settlers cut the fence that separates the illegal Israeli settlement of Kiryat Arab from nearby Palestinian homes, and nearly two hundred settlers went on a violent rampage, attacking the Palestinian villages of Wad al-Huseen and Wad al-Nasara with firebombs and stones, prompting the mosques desperate yells for assistance for the Daana family, whose home was attacked by dozens of Israeli settlers who then injured at least three of her neighbors who have been identified as 40-year-old Imad and two minors, Abdullah, 13, and Muhammad, 17.

As morning approached, new ‘security measures’ have been enacted, including the deployment of numerous Israeli forces throughout Khalil, who are, alongside settlers, the main aggressors and instigators of violence against Palestinians.  The security measures have not meant any change for settlers who are privy to wander like tourists across crime scenes where Palestinian bodies lay dying. Nor have they meant the body and bag searches that every single Palestinian passing through al-Khalil streets have been subjected to.  Nor does it mean the humiliation of dropping your belongings on the ground before a group of sneering Israeli soldiers and backing away with your hands up while they search your personal items and then toss them smugly back at you. 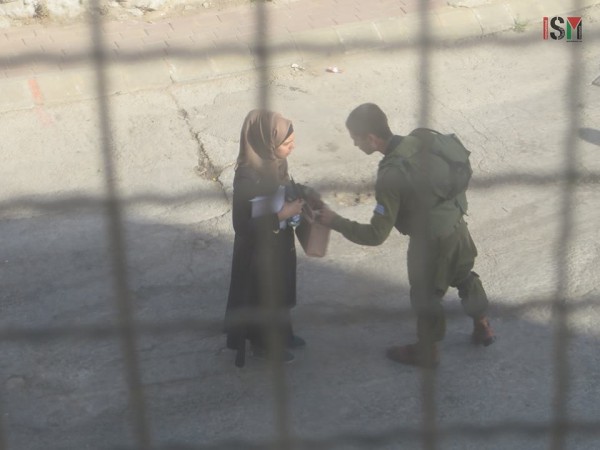 These are the new ‘security measures’ that Netanyahu has called for in al-Khalil.  They spell out the furtherance of violence, dehumanization and unbridled terror against an already occupied people. 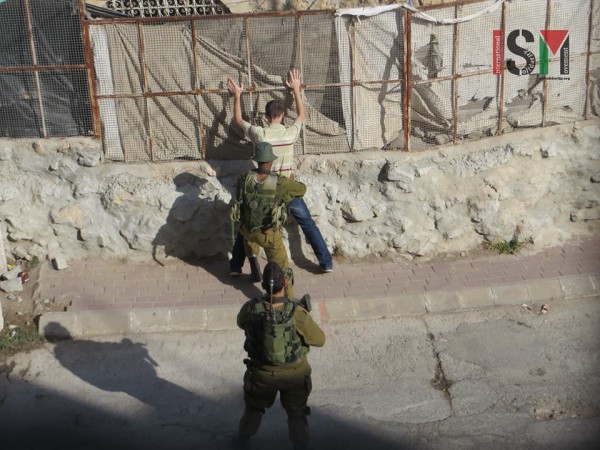 Palestinian man being body searched this morning in Tel Rumeida as part of new ‘security measures’ in Khalil.

Video of a few of the body searches happening in just two hours in Tel Rumeida (accelerated speed and without audio):

As of the writing of this report, Israeli forces have been consistently firing teargas, stun grenades and rubber coated steel bullets for hours from the roofs of Palestinian homes.