Sun streams through the bedroom window of Amira, an elderly woman in her mid 70’s who has spent a lion’s share of her life living inside Palestinian refugee camps.  Amira, who cannot speak and is completely immobile in her bed, shifts her emotional stare to her daughter Nisreen as she speaks about their lives inside of Dheisheh Camp after Amira and her husband’s 1948 forced displacement from their village Az-Zakariyya.

Az-Zakariyya was just one of hundreds of Palestinian villages terrorized by Zionist gangs in the 1948 Nakba, the ongoing catastrophe that originally displaced over 700,000 Palestinians.   The village had a population of 1,180 on 15,320 dunums in 1945. Named in honor of the prophet Zachariah, most of its indigenous residents fled to the nearby hills, after Israeli forces executed two residents.  The next two years saw the finalization of the forcible “transfer” of Palestinian’s from their homes in Zakariyya to make way for the illegal movement of Israeli settlers onto the land- and into homes still occupied by the belongings of the rightful home owners who left everything they owned, believing they would quickly return.  Most of them settled in Dheisheh refugee camp.  All of them are still waiting to return. 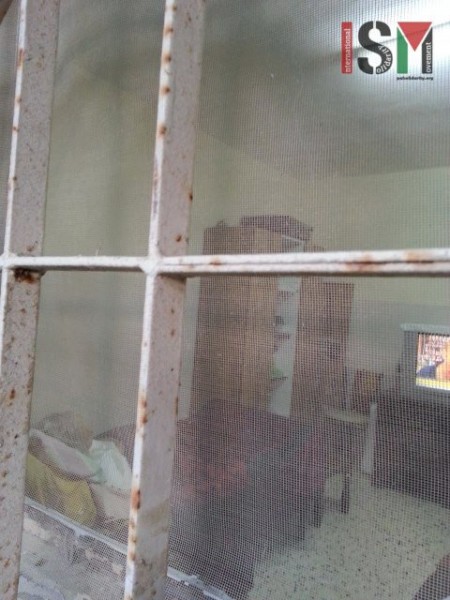 Recently as a sharp escalation in violence has swept across the occupied Palestinian territories, an escalation which has martyred 25 young Palestinians and injured nearly 1,500, Israeli forces have mostly turned their attention away from the camp which until recently had nightly raids, shootings and violent attacks by the occupying army.  “Before the escalation began, they were here every night, every day.  They fire teargas here at the entrance to the camp and it comes into my mother’s bedroom through the windows.  She cannot move to get away from it.”  But this is only one transgression in a long and tragic list of horrors that Amira’s family has endured since their village was violently depopulated. 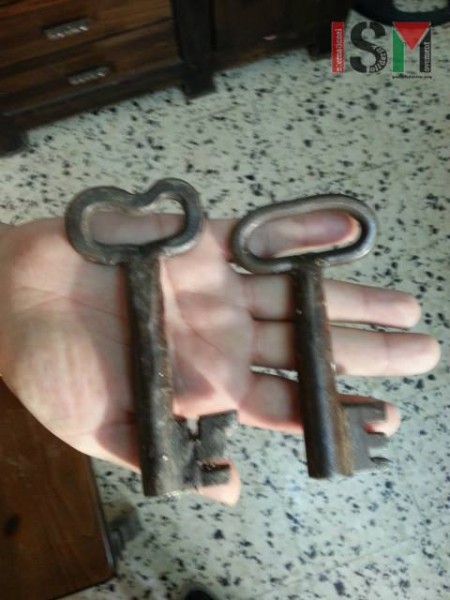 Amira’s 9 children have all been touched by the occupation, as have all Palestinians existing within occupied, besieged and apartheid-ruled Palestinian territories, including inside the green line.  Three sons and six daughters.  “All of my brothers have been arrested and placed in Israeli prisons, one of my sisters as well,” Nisreen relays.  “One of my brothers was arrested on the day of his marriage after the army attacked the wedding and then jailed him for three years.  My mother is so tired now because of all of this.  She would leave for Naqab prison to visit him at 4am, only to arrive and be told by the soldiers that she wasn’t allowed to see him that day.”

Amira’s husband, deceased after a battle with cancer, returned to his village with a German documentary crew in the late 1980’s during a film project they were making about the Nakba.  He was in his early twenties when his village was violently stolen.  As most who leave a familiar space, he returned with a heavy nostalgia for the density of memories of sights, sounds and smells.  The elderly man was not long on his land before an Israeli woman rushed out throwing stones at him and the film crew yelling at them to get off of her land. 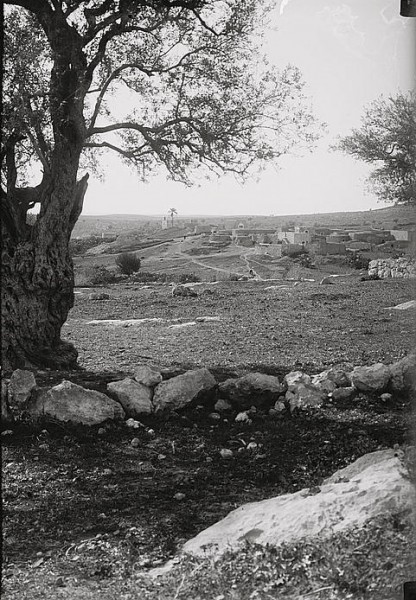 Village Zakariyya, evacuated violently during the Nakba, circa 1926.

Nisreen’s brother Firas endured similar humiliation when he visited the village with the assistance of a permit he obtained through his work.  “I saw my family’s home.  The people who are living there now ran out and yelled at me to leave.  I told them this was my family’s home and they said as a joke, ‘When you return, I will give it back to you.'”  One might wonder about the immediate and boiling hatred conveyed by those who sit smugly inside of someone else’s home, on someone else’s land; wonder about the fury that must incite within the people who endure that hatred, yet Firas smiles warmly as he plays with his two year old son- one of his three children.

Firas, after thirteen arrests by the occupying forces, has lost more than four and a half years of his life to Israeli prisons.  “I was once interrogated for 18 days straight.  The soldiers arrest you, they start beating you immediately and then all the way to the jail where they bring you.  It is very rare to find interrogators who use psychological tactics on you.  It’s just beating and violence.  That’s all they have.”

Firas didn’t finish his high school education until he was in his twenties.  “Because the Ministry of Education is related to the Civilian Administration, which is ruled by Israel, after being imprisoned you cannot get permission to return to your school unless you become a collaborator working with the Israeli government.  Because of this, many do not return to school.”  Another transgression against Palestinian’s whose lives they rule, streets they own, homes they steal and whose children they imprison.

Nisreen takes us through the part of the camp where her family lives.  It is like most other Palestinian refugee camps, overcrowded and insufficient for the massive population existing inside of it.  Dheisheh camp is home to over 15,000 registered Palestinian refugees, all living on less than one kilometer of land.  Nisreen shows us a construction site spraying clouds of dust into the air of the narrow streets, “We cannot build out, so we build up.” 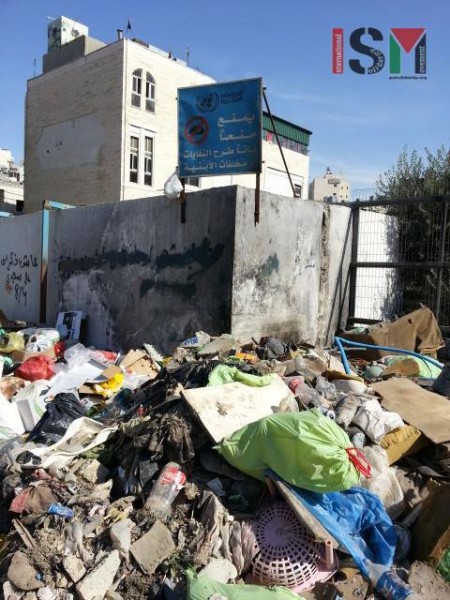 We spend an hour at LAYLAC at the entrance to the camp; the Palestinian Youth Action Center for Community Development.  Its director, Naji Owda’s passion for the amazing things LAYLAC is doing- and has done since its 2010 inception, is vibrantly evident.  “We have 40 volunteers currently.  People come from all over the world to work with us.  We work in public spaces.  We make actions in the street to connect with the people.”  LAYLAC has an impressive, if not overwhelmingly so, list of community actions, festivals and projects both in its wake and in its immediate future.

“We have a theater department, a department for social work, alternative education and children’s rights.  Sometimes we don’t even have enough money for the basics to get by, but we manage, we always manage.”  Members of LAYLAC will soon be traveling to France as well as locally holding theatrical actions at the Yalla Yalla Festival happening in Bethlehem on October 23rd.  Owda, who was jailed in Israeli prison 7 times, has conducted hunger strikes both inside and outside of prison to simultaneously protest and better conditions for prisoners, as well as participating in solidarity strikes from the steps of the Red Cross building where he slept with others to show support for striking prisoners.  “I’m not one to cry about the occupation.  We do good work here.  We tell our story.  We don’t create anything.  We teach about our lives.  Our daily lives.” 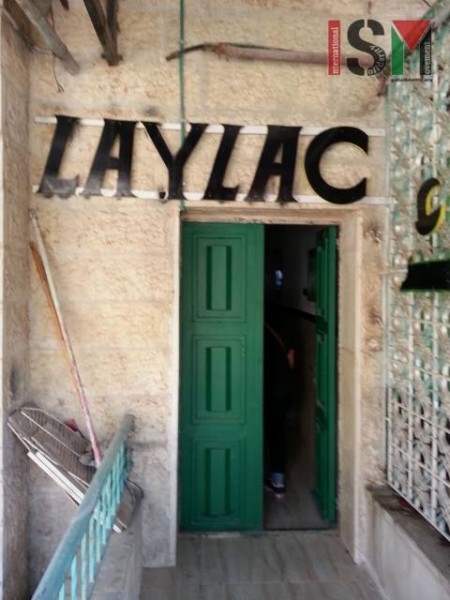 Ending our stay at Dheisheh camp means sitting with Nisreen’s family who are all laughing and talking over hot tea with mint.  Firas’s son is about to blow out candles on a birthday cake.  “Its not his birthday,” Nisreen says laughing, “Every time we make a cake, we sing happy birthday to him.”  In a room nearby, Amira rests silently after a lifetime of struggle that shows no sign of relenting.  And Firas’s words rest heavily in the air, “The camp is our identity, but its not our personality.  I belong to my village.  The house I live in inside the camp is owned by the UN.  Here I do not even own the tree in front of my home.   But in Zakariyya, I have land, my father’s land.  I have the documents that say I own all of the trees on our land.  We never stop dreaming that we will return home.  Every generation here, even the children, know about the village they’ve come from.  They sit with the elders and ask for stories about where they are from.  Our dreams were bigger than this.  I never miss an opportunity to see my village, to see each stone, to see how each stone has been moved.”