Less than one hour after the Halabi family laid their son, martyr Mohannad al-Halabi, to rest in a cemetery in Ramallah, violent confrontations broke out in the nearby Beit El area. In a continuation of the sharp escalation in violence seen across the occupied Palestinian territories and Jerusalem, demonstrations across the West Bank today were met with an unleashing of brutality by Israeli forces that left hundreds injured and two dead.

After withholding the body of 19 year old Mohannad al-Halabi for seven days, his family received him at 2am Friday morning at a hospital in Ramallah.  Thousands gathered Friday afternoon at the Abd al Nasser Mosque for prayers before bringing his body to a nearby cemetery where he was laid to rest near his grandfather.

As Palestinians filled the streets in the Beit El area for demonstration, Israeli forces began showering the crowd with rapid live ammunition fire, hitting 23 and seriously wounding at least 2. 44 others sustained injuries by rubber-coated bullets, stun grenades and clouds of tear gas which were fired in rapid succession by venom trucks.  Water cannons filled the streets with foul smelling organic or chemical composition fluid. 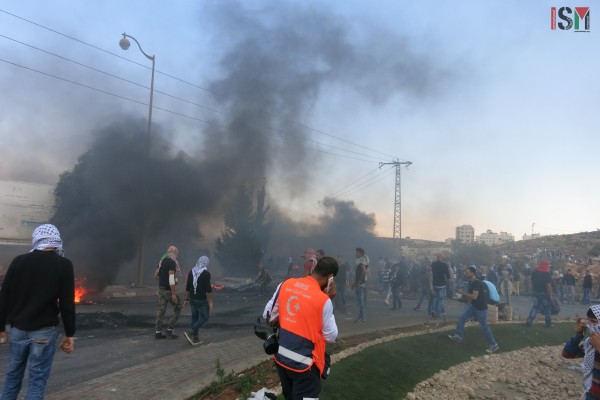 Confrontations raged on during a demonstration near the Beit El settlement

A Palestinian youth was unharmed after being run over at the demonstration by an Israeli military jeep.

In Gaza City, where West Bank and Jerusalem solidarity demonstrations were held, 7 young Palestinians were martyred in similarly brutal Israeli military attacks that utilized exploding bullets aimed at Palestinian children’s heads and chests. 145 others were reportedly injured as Israeli military forces opened fire at the demonstration held by the border fence east of Gaza City, near Khan Younis on Friday, medics and the Ministry of Health confirmed. 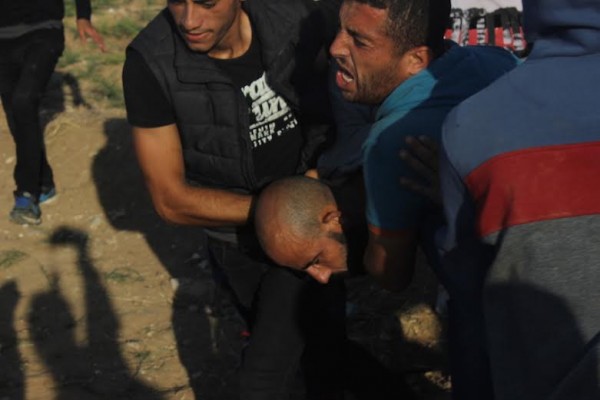 The injured in Gaza demonstration

Two Palestinians have been confirmed killed by Israeli occupation forces as of today, bringing the toll of Palestinians murdered in a week of sharply escalated violence in the West Bank to 16 martyred. Over 1,000 have been injured during the escalation. Tensions were sparked after the Israeli government, again, imposed restrictions and refused Muslims entry into al Aqsa Mosque in Jerusalem.

An Israeli governmental official in Jerusalem, days ago, made inflammatory statements in calling for Israeli’s to arm themselves amidst the conflict. These statements sharply conflict with other Israeli official’s statements claiming to want to calm tensions raging throughout the West Bank where Palestinians are undergoing not just Israeli military violence but brutal attacks by settlers which include attacks on Palestinian cars, homes and random attacks in the streets.

Today, the 22 year old Palestinian man shot to death near the Kiryat Arba illegal settlement in al-Khalil will be laid to rest after funeral services.  In the occupied Palestinian territories, violent escalation continues.