The oldest was 30, the youngest just 2 years old.

31 Palestinians have been murdered by Israeli forces since an escalation in violence, triggered by restrictions on al Aqsa Mosque, spread like wild fire across the occupied Palestinian territories and the besieged Gaza strip.  A 20 year old Palestinian man, just shot to death by ten bullets close range near Jerusalem’s Damascus Gate joins 30 others martyred by their occupiers in just two weeks.  Basil Bassam Ragheb Sidr, 20 was initially reported to be 14 and is believed to be from al-Khalil (Hebron). 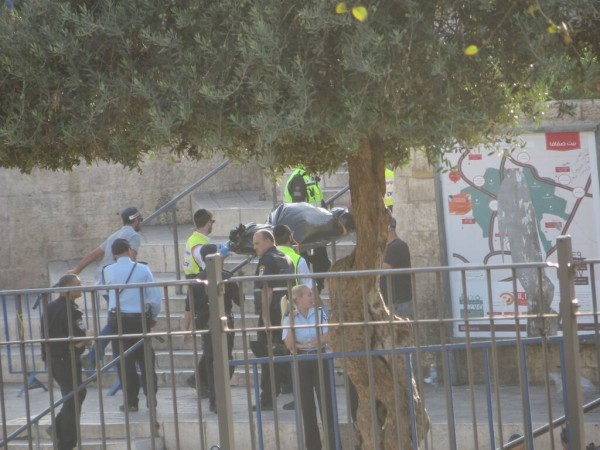 Body bag of 20 year old Palestinian man murdered by Israeli forces is removed from the scene by Israeli police.

The latest death comes amidst disturbing news that the Israeli government has passed a decision, as part of new restrictions being deployed in occupied East Jerusalem, that the bodies of Palestinian’s murdered by Israeli forces will not be released to their families.  This adds agonizing and acute new cruelties to an already tragic, ongoing situation.  The reason for the decision was stated to be a deterrent for post funeral demonstrations by Palestinians.  Thus the refusal of Palestinian’s remains to their families is the refusal of the right to resistance of an illegally occupied people.

The decision is linked to measures currently being enacted in East Jerusalem where Israeli forces have set up checkpoints at the entrances to Palestinian neighborhoods beginning early Wednesday.  As well, occupation forces were issuing citations to Palestinian drivers at random as well as inspecting several Palestinian youths and students in humiliating ways, forcing them to take off their clothes.

An international human rights monitor on the scene where the youth was killed noted that the man was shot to death after running from Israeli forces.  Immediately after the shooting, Palestinians were threatened by Israeli forces with being beaten if they didn’t leave the area immediately, thus they were doubly frightened.  Run and get shot, or don’t run and get beaten and possibly arrested.  “People were too scared to put their phones in their trouser-pockets in fear they might be shot when taking them out.”  Although Palestinians were threatened and chased from the scene, settlers were allowed to get close to the boy’s body to take photos. 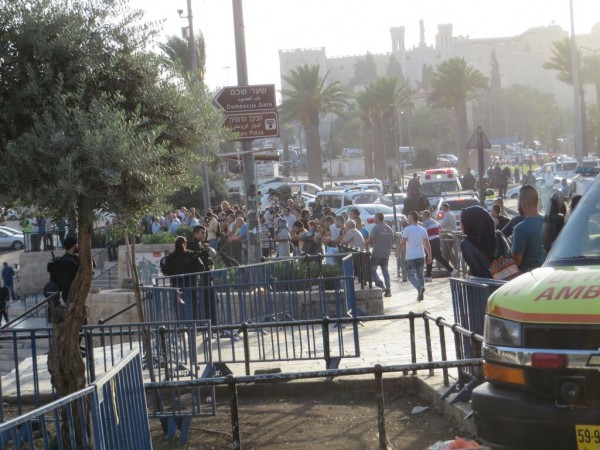 Rather than taking measures to de-escalate the violence, Israeli officials and military have seemingly done the opposite.  Israeli rights group B’Tselem has called the Israeli government’s response to recent escalation in the area as “the very inverse of what ought to be done” in realistic efforts to stop current violence.“The events of recent weeks cannot be viewed in a vacuum, isolated from the reality of the ongoing, daily oppression of 4 million people, with no hope of change in sight,” the group said in a statement on Tuesday.

Every death means a lifetime of suffering for the families left behind.

The twenty year old man whose life was violently ended today in East Jerusalem brings the list to 31.