On Tuesday, July 28, at 2:40 pm, the Israeli army arrived to the village of Azzun, located in the district of Qalqilya, to block 3 of the 4 existing entrance gates. Since the 4th gate (east side), which leads to an illegal settlement, has been permanently closed since 1992, this situation left all the inhabitants trapped in their village.

Both northern gates, leading to Nablus and Tulkarem, were blocked allowing no cars to pass, only people by foot, until 8:00 in the morning of the following day. In addition, three new checkpoints were created in these two north gates as well as the western gate leading to Qalqilya.

This event should be seen in the larger context of violence, control and surveillance to which the village of Azzun has been subjected to.  The main road 55 that connects the village to Nablus, is fenced through 40 kilometers and includes three watchtowers, making villagers feel constantly threatened and controlled. Moreover, the nearby illegal settlement of Maale Shomeron has a large number of watchtowers that constantly surveil the villagers’ movements within Azzun.

In the course of the previous year, the village suffered from 385 attacks from the army, totaling more than one attack per day. These raids would sometimes be performed as training for the soldiers, at other times to directly arrest people, and overall to intimidate and cause fear among the villagers.

On Wednesday, July 29, at 2:30 am, the Israeli army raided 10 houses in the village of Azzun, arresting two 19 year old boys, Samir Shbeitah and Mohammed Salim.

Samir’s brother, Sannad, informed ISM that the soldiers violently exploded the entrance door of the house in order to wake up and shock the whole family. As the family had not been completely woken up, the soldiers, all wearing black masks, ran upstairs to the terrace where the brothers had been sleeping, to begin frightening the family by creating loud noise and trashing the house. They would hit their guns against the tin roof of the terrace and point laser beam lights into the brothers’ eyes. 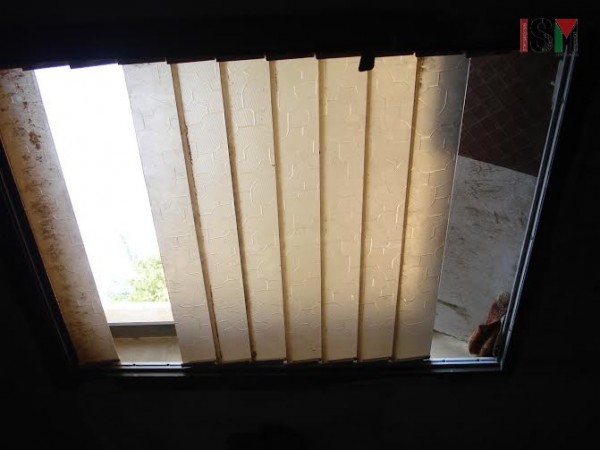 Damage to the house when the military broke in. 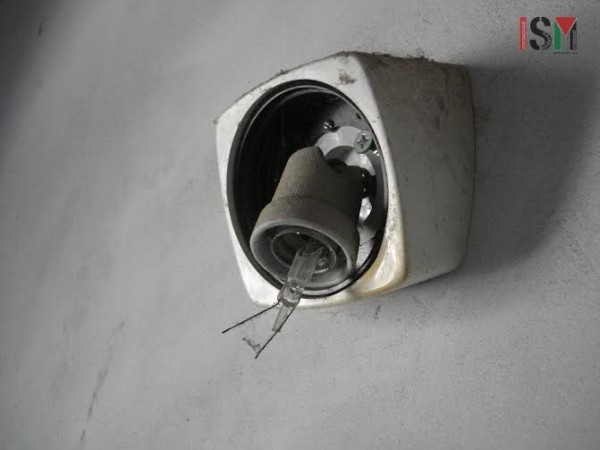 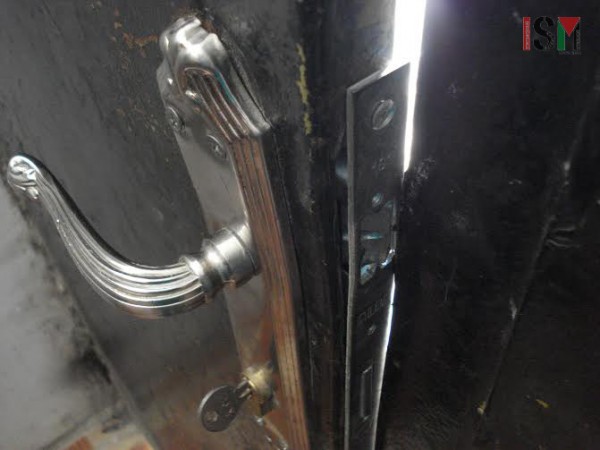 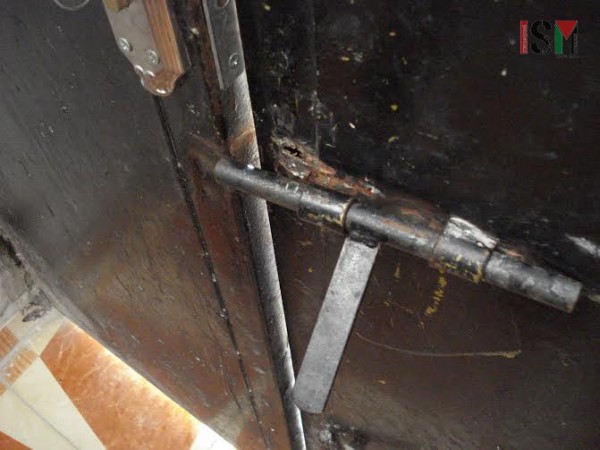 Samir, Sannad, and their younger brother Samer, were separated form their mother in different rooms. Samir was taken back to the terrace with 15 soldiers, leaving Sannad and Samer with 4 soldiers. After approximately one hour, an officer came with 8 jeeps and more soldiers, asked Samir for his ID and arrested him, taking with him only the clothes he was wearing.

This is the third attack this family has suffered in three years. In very similar conditions, Samir was arrested for the first time in 2012 when he was 15 years old, imprisoned for a period of 2 and a half years, with no charges.

During the second attack to his house, there was no arrest, but the family suffered similar violence, including breaking all the doors of their home and writing graffiti on their walls in English and Hebrew, which they could not understand.

These kind of raids in the village are very common, and mostly occur during the night, violently waking up the families in the middle of their sleep, and many times making them wait outside their homes, even during the winter.

Azzun is a village that also suffers from the Israeli army’s tactic called ‘practical punishment’. When someone within a family is arrested, the rest of his brothers and sons would be forbidden to continue working in Israel, by taking away their work permits within 24 hours. This has impacted the village’s high rate of unemployment, raising it to 39%, the highest unemployment rate in the West Bank.

Azzun suffers from an average of 175 arrests per year, where 65% of the detainees are under the age of 18, making this the highest number of child arrests in the West Bank.

In 2012, 150 children were arrested in Azzun. Child arrests, who are normally imprisoned for a week or short periods of time, is a clear tactic of the Israeli army to cause fear and trauma, generating high levels of Post Traumatic Stress Disorder.