Another violent attack on Palestinian family

On the 23rd May, settlers in Al Khalil (Hebron) blocked the entrance to Hashem Younes Azzeh’s house and attacked his family. Large rocks were thrown at them and his daughter was hit in the hand.

Hashem lives with his wife and four children in Tel Rumeida, part of the H2 area of Al Khalil. H2 is under Israeli military control and many settlers have constructed illegal homes within this part of the city. For the Palestinians, it has become an extremely tense place to live due to daily harassment from the settlers and the Israeli army alike. 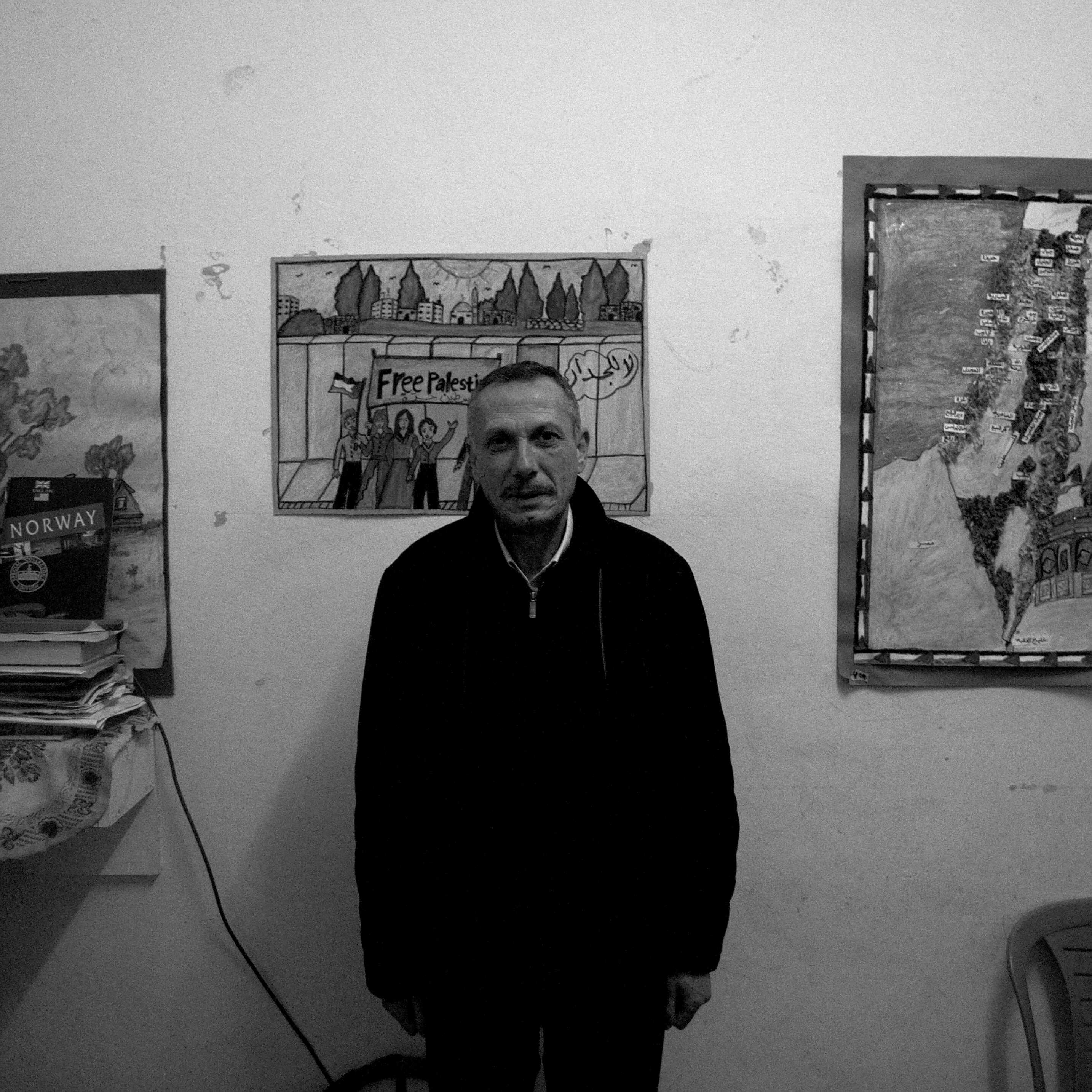 Hashem Azzeh in his home

Early in the morning, the settlers had parked their car right in front of the entrance to Hashem’s house, making it a tight squeeze for anyone to get by. Later on, as Hashem was walking an international group of Quakers back to the checkpoint, six settler boys, aged between 10 and 12, started throwing large amounts of stones at them. The internationals quickly escaped and when Hashem got home, he found five Israeli soldiers there. They were checking the IDs of his daughter, Raghad, and his wife, Nisreen. Raghad attempted to show the soldiers a video of the attack, but because she had filmed while trying to avoid big stones thrown at her, the footage was blurry. The soldiers called her a liar and were about to arrest her, blaming her for the stone throwing. 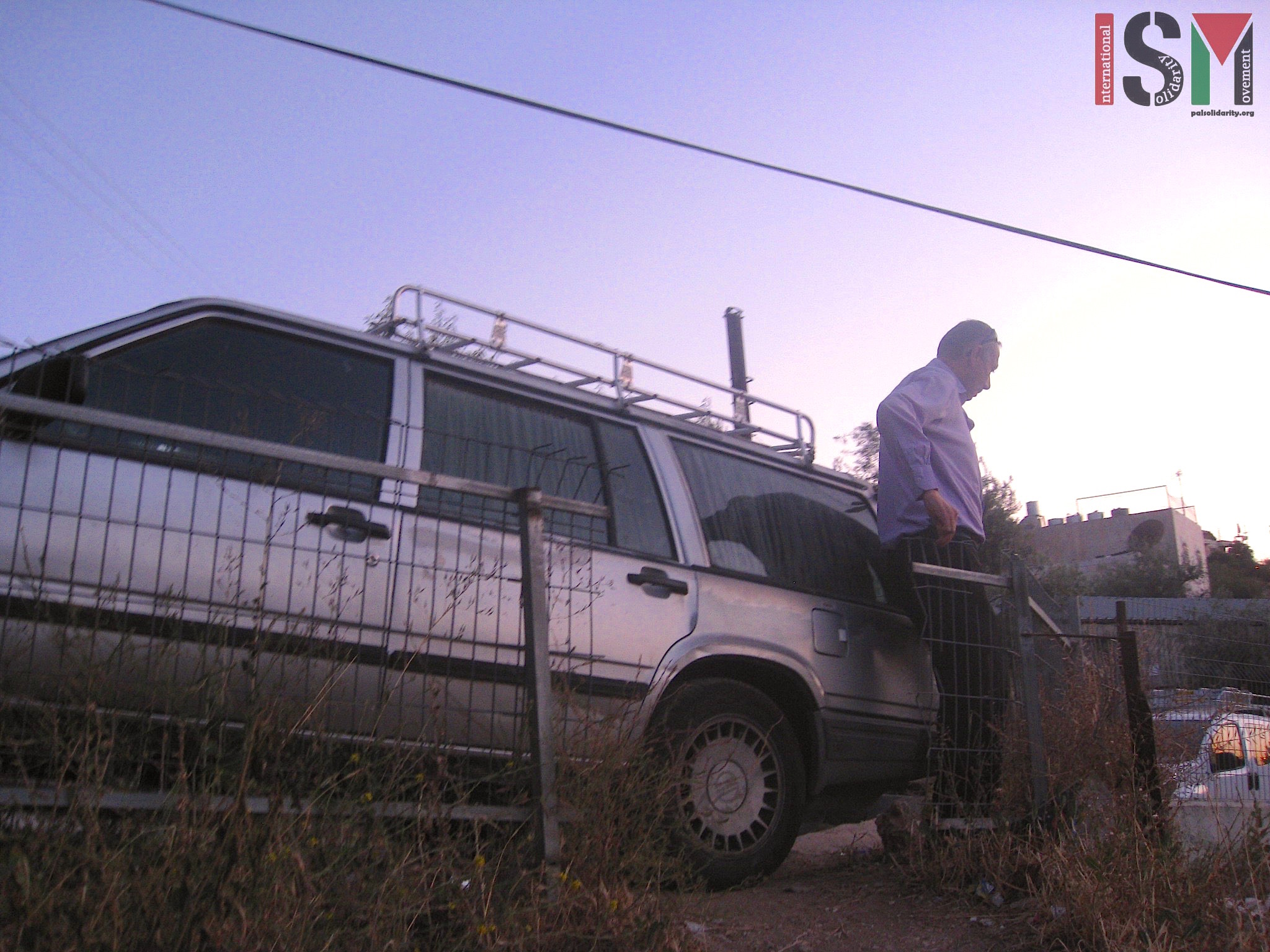 Hashem squeezes by the car blocking his entrance.

All of a sudden, under the eyes of the soldiers, the settlers started throwing stones at them again and injured Raghad’s hand. Unable to support their lie anymore, the soldiers said that they would go and check on the settlers and come back – hours later, they still have not returned.

The Azzeh family has been subjected to regular attacks since 1984, when the settlers arrived in Al Khalil. Their neighbor is the leader of the Jewish National Front, Baruch Marzel. This man has a sticker on his wall that says “God gave us the right to kill Arabs and we love it”.

Hashem’s house has been invaded and turned upside down by settlers and soldiers several times, with furniture and equipment smashed. He has been shot at inside his house, narrowly missing him and his family. Hashem has been threatened, intimidated and beaten up by settlers, of which the scars on his face bear witness. His wife has suffered two miscarriages due to being beaten by settlers. His children are also regularly attacked, beaten up and have stones thrown at them. The fruit trees in his garden have been poisoned, and he has been prevented from harvesting his olives due to settler attacks. The walls of his house are still graffitied with death threats such as “gas the Arabs”. They have also had to live without water for three years because the settlers had cut their water pipes. The soldiers even came once to arrest their five year old son accusing him of throwing stones. Hashem asked if they were sure about their accusations – “No, but the settlers told us so”. 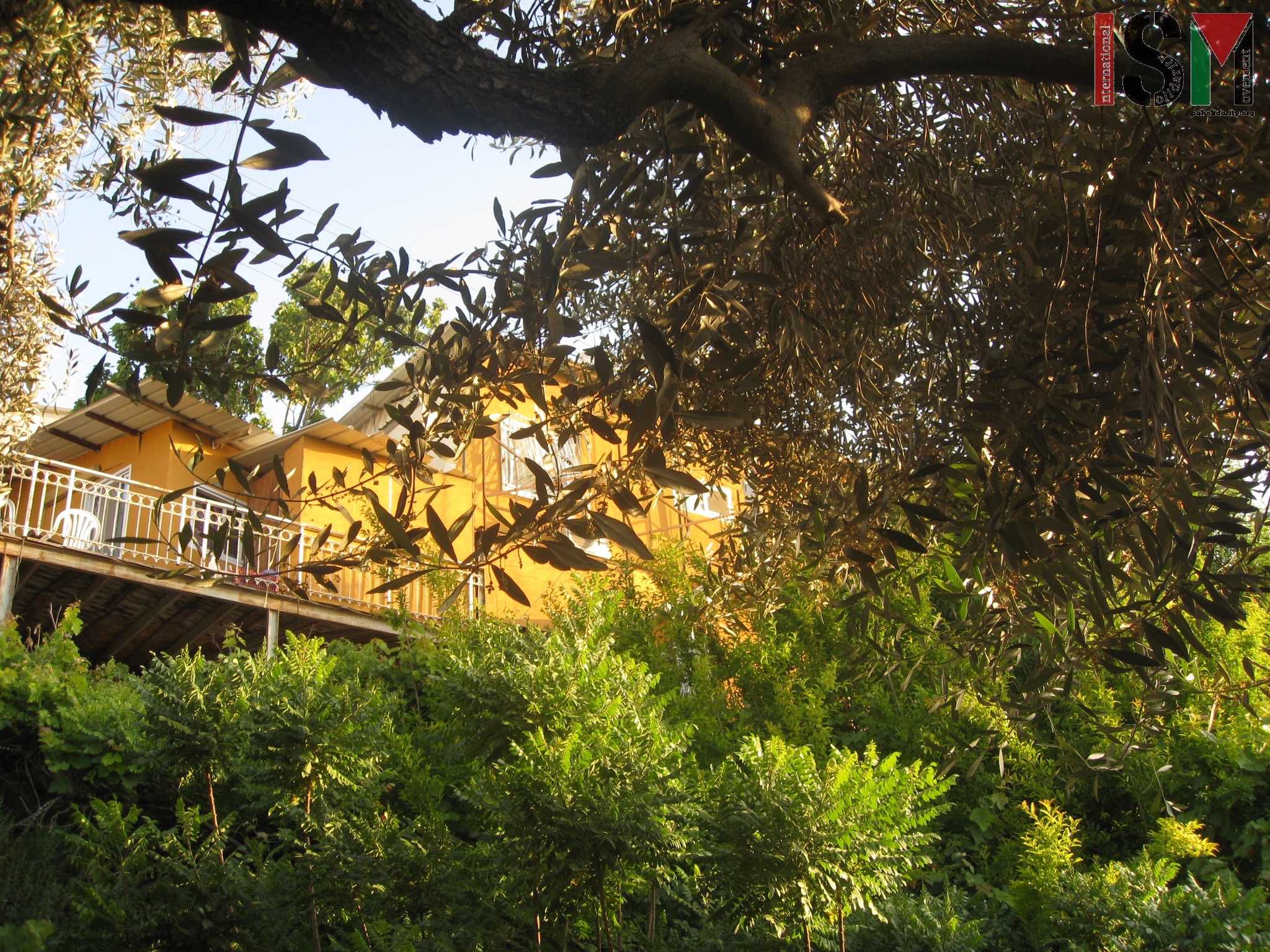 These are just examples from an endless series of attacks, where the Israeli army and the settlers [living in illegal settlements under international law], work hand in hand to continue this silent form of ethnic cleansing of the Palestinian people. Hashem has tried to go to court many times to seek justice for his family, but he hasn’t even been able to come close to anything resembling this term.

A member of ISM (International Solidarity Movement) asked if Hashem was going to file a complaint for today’s attack. Hashem smiled and muttered, “What’s the point?”