Around 12 PM Saturday night the 30th/31st of May, Imad Abu Shamsiyeh woke up to the sound of stones being thrown at his home, in Tel Rumeida, Al Khalil (Hebron). This is not at all out of the ordinary for the Abu Shamsiyeh family – they are often harassed, sometimes daily, and attacked by Israeli settlers. 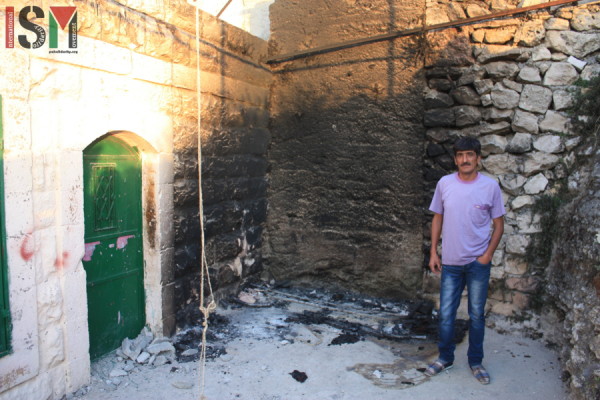 Imad Abu Shamsiyeh outside his home

As he went out of his house to see what was going on, Imad discovered that part of his house had been set on fire by Settlers. He saw the six young Israeli settlers escaping from his roof, as he went back into his house to get his wife and kids out of the burning building. The settlers – all appearing to be in their early twenties – accessed the roof of Imad’s house and poured gasoline down one side. They then proceeded to set the whole area ablaze including a sofa situated in the terrace.

Accompanied by neighbors Imad put out the fire. Afterwards, he approached Israeli soldiers who had been positioned nearby his house when the incident occurred and asked what they had witnessed. The soldiers answered by accusing him of starting the fire. 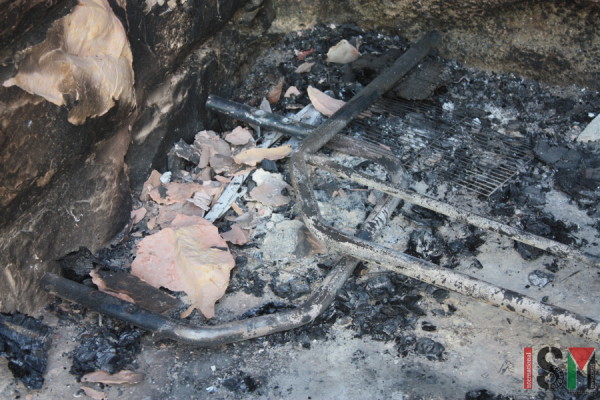 Burnt out scraps of Shamsiye’s sofa

The day after, (31st May), Imad went to the police station to report what had happened. Despite the fact that this was far from the first time the family had been violently attacked by Israeli settlers, the police discarded the report as a minor issue, and did not follow up on the case.

As mentioned previously, the Abu Shamsiyeh family have been victims of multiple incidents of settler violence. Only two months ago settlers poisoned the water tank on top of the house. This water tank is the source of all of the family’s water supply. As a result of frequent settler violence, including stone throwing, the family has put a fence up over the top of their terrace to protect themselves. 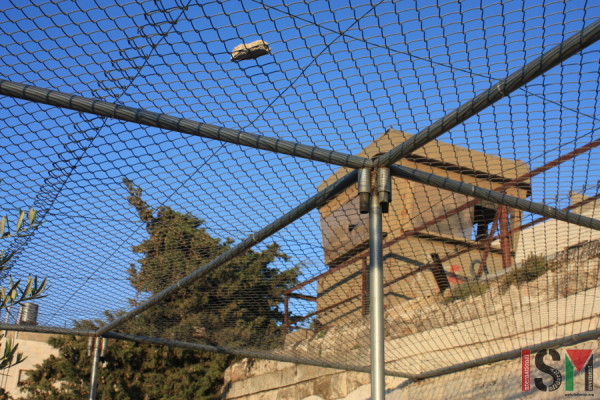 The fence over the Abu Shamsiye family’s terrace

Imad Abu Shamsiyeh is the deputy coordinator of Human Rights Defenders, a Hebron based group for documenting the violation and harassment carried out by soldiers and settlers in the West Bank. Several hours before the house burning, he reported a knife attack by settlers against Palestinians youths in Tel Rumeida.