On Monday March 30th about two hundred people commemorated Land Day in the village of Wadi Fukin. The protest, which involved planting olive trees was a response to Israeli theft of village land. 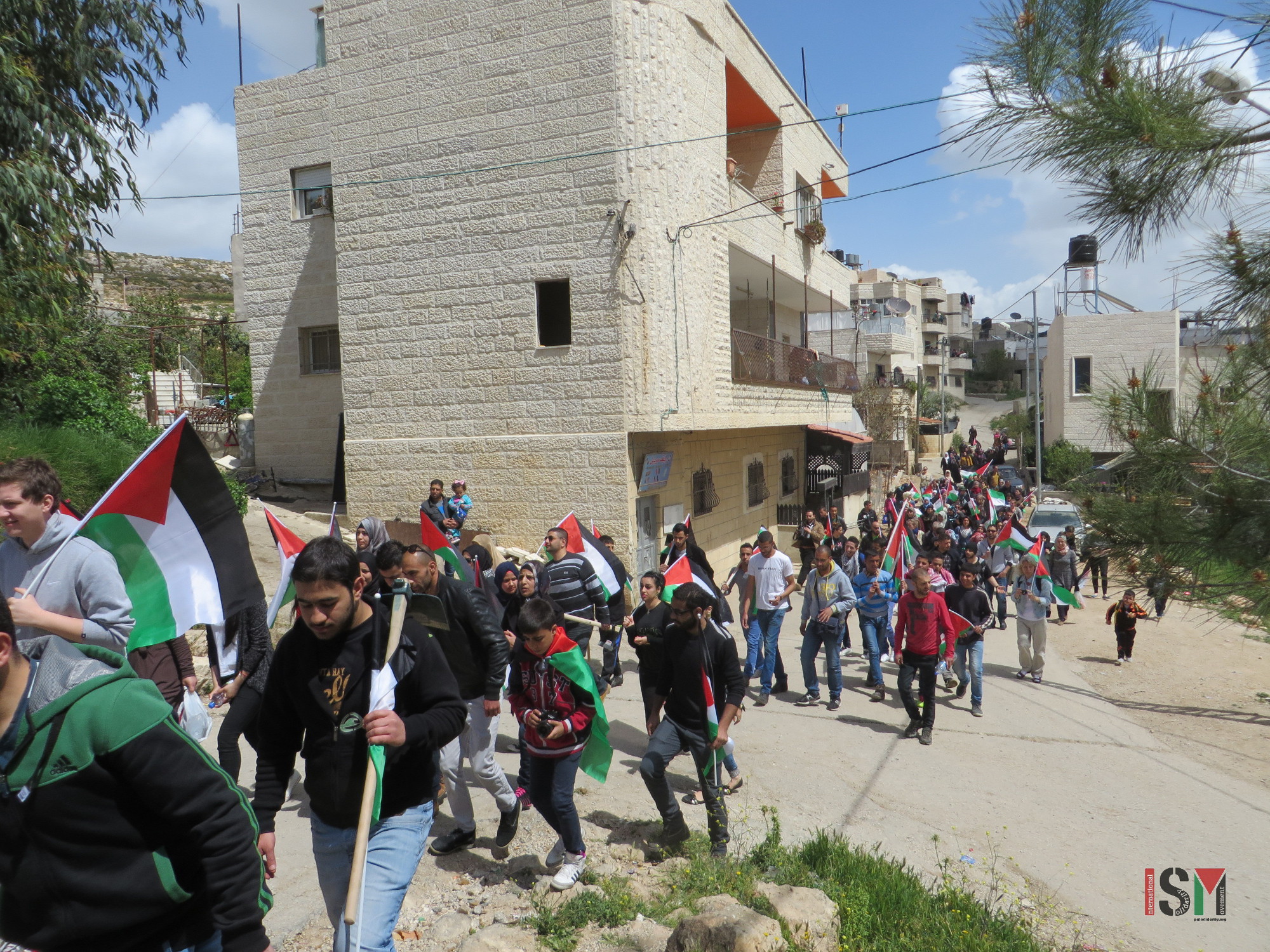 Land Day protest marching in the streets of Wadi Fukin.

After midday prayer around two hundred Palestinians and internationals gathered in the village of Wadi Fukin to commemorate Land Day and support the villagers struggle against the illegal Israeli expropriation of their lands. People from Wadi Fukin, neighbouring villages and internationals started their march towards the green line carrying Palestinian flags, digging tools, playing music and singing, to where the settlement of Beitar Illit is forcibly taking over Palestinian land in order to expand. The protest continued peacefully through the small streets of Wadi Fukin and just before going to the hill above the village every protester was given an olive tree to carry. Spirits were high as protesters climbed the village hill overshadowed by the settlement expansion site and began to take back Palestinian land by planting the trees.

A village caught between settlements and under extreme pressure
Wadi Fukin is in a valley sandwiched between the Green Line to the north-west and the fastest-growing illegal Israeli settlement in the West Bank, Beitar Illit. With around 80.000 inhabitants (as of 2014), Beitar Illit is part of the Gush Etzion settlement bloc surrounding and cornering Wadi Fukin. In order to expand these settlements and steal even more land, the apartheid wall is being built on Palestinian land far inside the Green Line around this settlement bloc. Regular Friday demonstrations are held in Wadi Fukin protesting against this continuous illegal land grab. 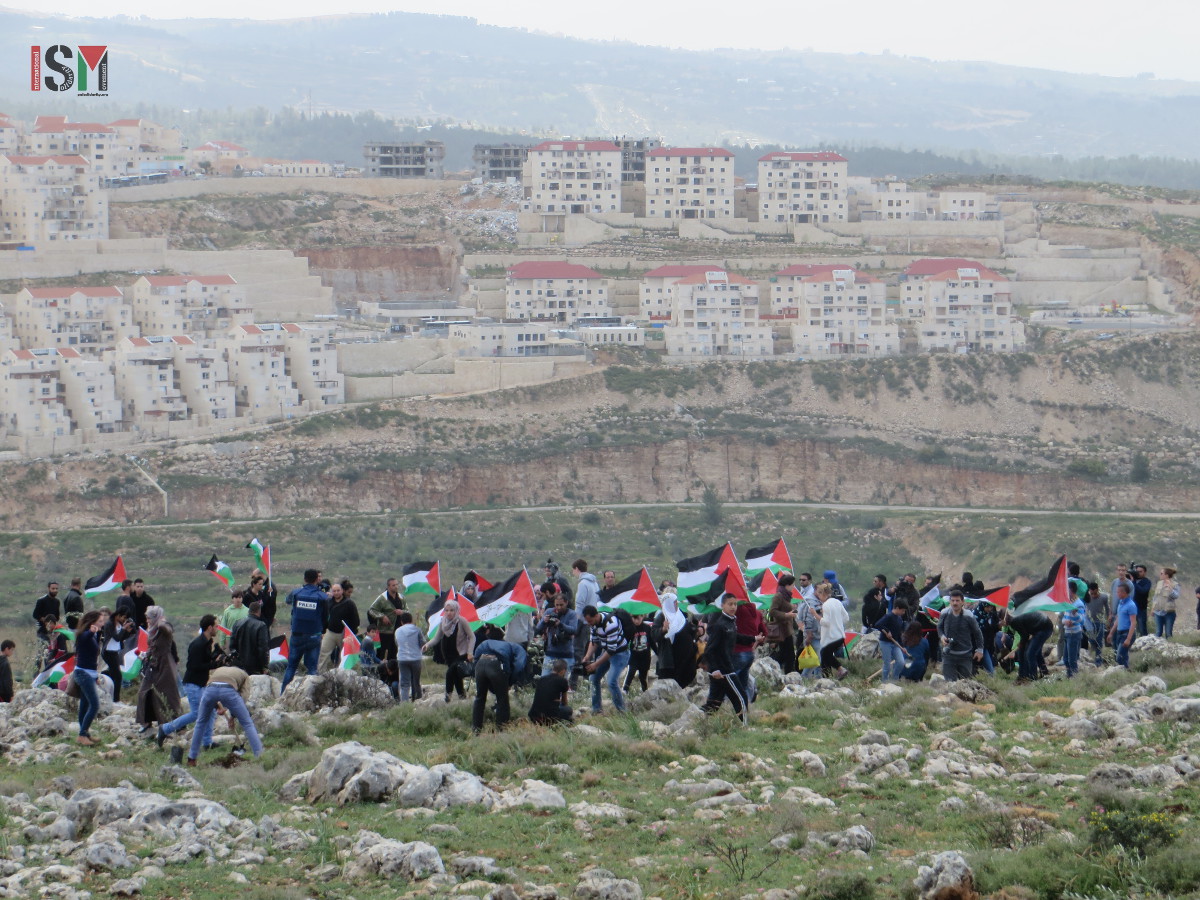 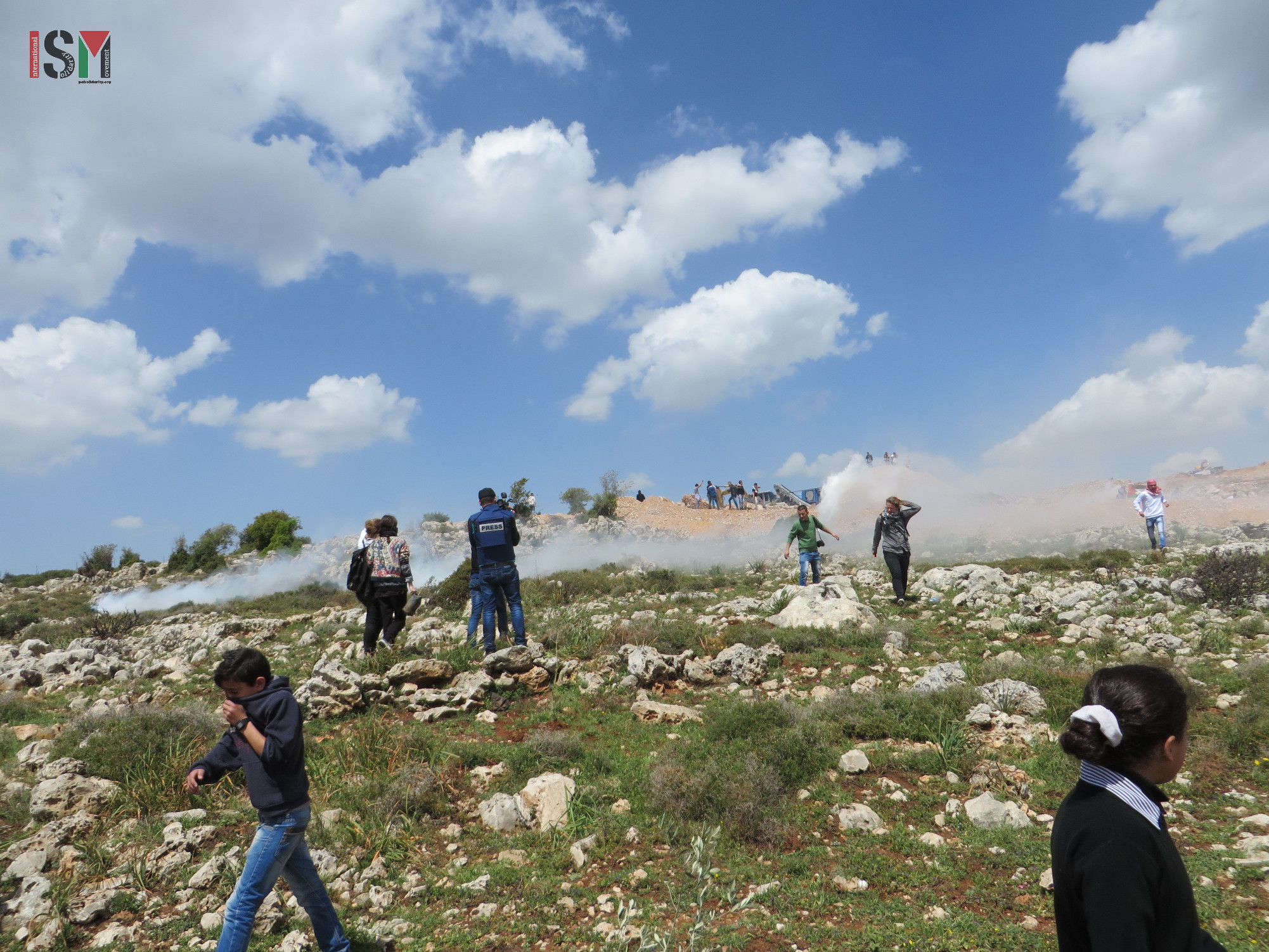 Soldiers and border police gassing protesters on their own land.

Spirits kept high in spite of tear gassing
Though several people suffered from tear gas poisoning the protest continued on the hill between Wadi Fukin village and the settlement expansion on the Green Line. Alternately running from tear gas and planting trees, protesters managed to stay on the hill for an hour continuing to plant and protest.

As everyone returned to the village spirits remained high and the succesful event was celebrated with music, speeches and freshly made bread. 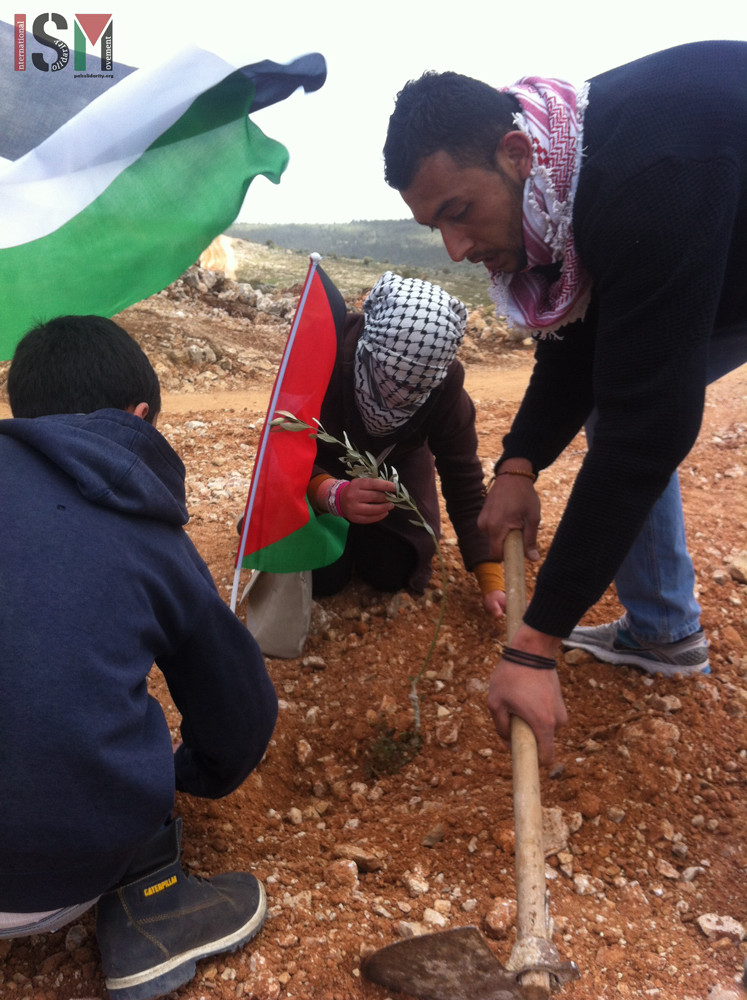 Land Day – a historic day for fighting occupation and expropriation
Land Day marks the day of a general stike on March 30th in 1976. The strike was a response to the Israeli Government’s expropriation of thousands of dunums of Palestinian land. There were marches in Palestinian cities within present-day Israel from the Naqab to Galilee. Six unarmed Palestinians were killed, 100 wounded and hundreds more arrested. The Land Day was a turning point in the struggle against the occupation as it was the first mass mobilization by Palestinians within the borders of 1948 Israel.

Protests have been and will be continue to be going on all through the West Bank in the weeks surrounding Land Day.