In both cases, their homes were raised by the military in the middle of the night (3am and 3:30am) damaging doors and property inside the houses. At the time of the incursions, all family members were sleeping. The military forced all family members into one room whilst they arrested the teenagers. Both families state that between 15 and 20 soldiers broke into their homes, and they were given no reason for either the intrusions or the arrests. 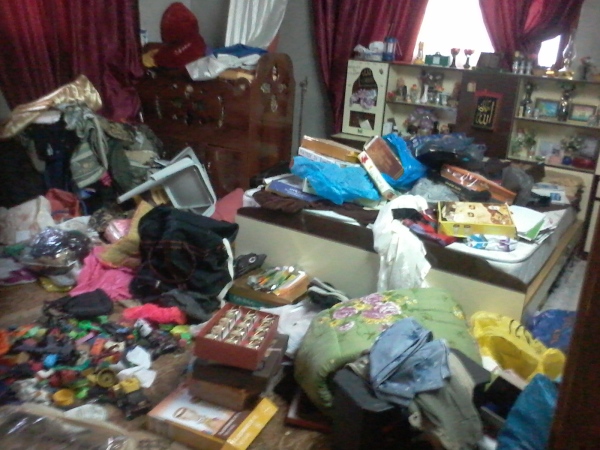 In the village of Madama, on the same night, the Israeli army also entered the home of the Wajeihqut family and arrested 23-year-old Assad Allah. The army spent an hour inside the house between 2:20am and 3:20am, again forcing all family members inside one room. The family reported to ISM that the soldiers told Assad’s 9-year-old brother that if he did not stop speaking they would take him with his brother. Another brother was told that if he did not go into the room with the family then they would cut his head off.

The army confiscated every family members phone and stole the sim cards from them and the hard drive from the family computer. They also smashed the apartments heating system.

This was the fifth time Assad has been arrested and the family home has been raided by the army on numerous occasions.

In all cases, the families were not given a reason for the arrests or for the damage done to their homes, and do not have any information as to where their sons have been taken.