This afternoon in al-Khalil (Hebron), ISM activists witnessed a Zionist settler push a 10-year-old child to the ground. The settler was driving close to Salaymeh checkpoint, through a group of Palestinian schoolchildren walking home. He suddenly stopped, exited his car, and violently pushed the young boy. 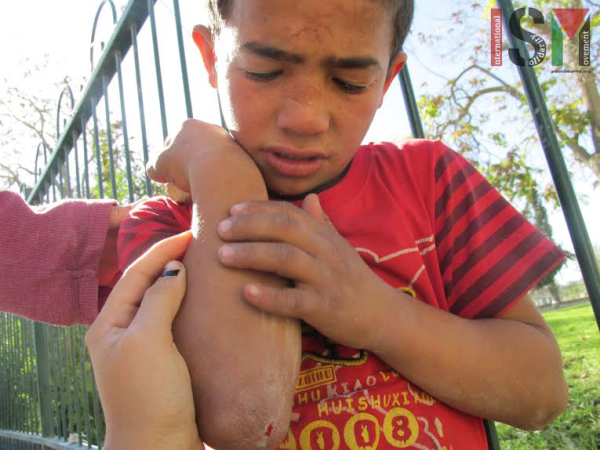 ISM activists who saw the incident tried to speak to nearby Israeli border police, who stated that they had not seen anything, so were unable to take action. The ISM’ers pointed out that the settler was still present, and the young boy was crying and bleeding, and then the officers asked, “what do you want us to do?”

An ISM’er present stated, “We tried to say to the border police that they could at least speak to the little boy, and stop the settler from leaving the area, or even speak to the many witnesses present. However they refused to do anything, and even waved to the settler as he drove away in his car, smiling. We pointed out that if a Palestinian adult male had pushed a young settler child to the ground, they would have taken action whether they has seen the incident or not. They had no response to this.”