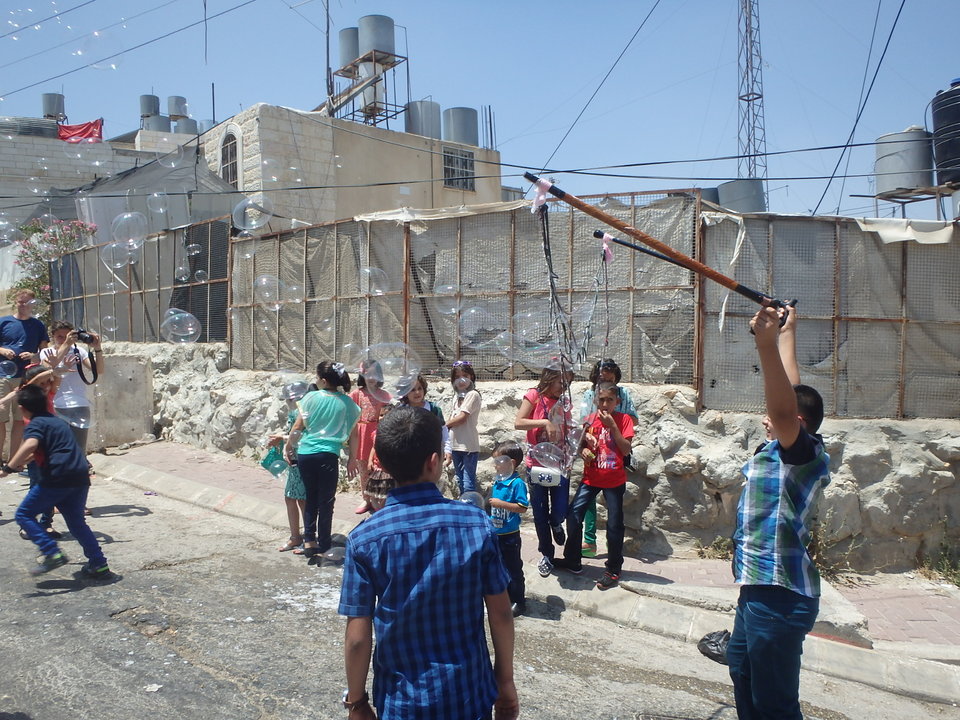 Several settlers passed by in their cars and were visibly annoyed, and two stopped to complain to the Israeli soldiers present.  At 1:30 pm, a group of settler youth started pushing Palestinian children who were playing on Tel Rumeida hill. 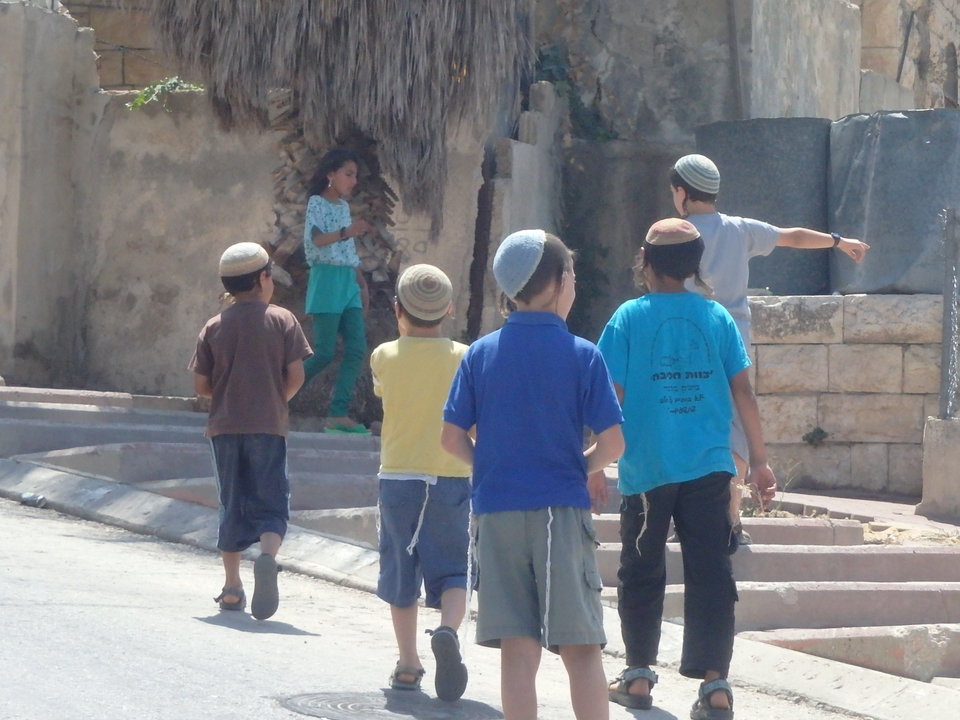 Several Palestinian women stepped in to prevent the violence.  Shortly after this, more setter children and a settler woman, who identified herself as Tzippi, came down from the illegal settlement of Tel Rumeida and began aggressively photographing Palestinians.

Tzippi claimed that her children had been assaulted.  She pushed several Palestinians and put her camera extremely close to several of their faces.  One Palestinian girl tried to run away and Tzippi chased her up the street.  Meanwhile, Israeli soldiers pushed Palestinians an attempted to force some of them into their houses.  Eventually, Tzippi chased the Palestinian girl into her own garden.  She was then joined by more settlers.  An international volunteer blocked her path, by standing with his back to her with his arms outstretched.  Soldiers then rushed into the garden and started shouting at Tzippi.

After a short time the Israeli police arrived.  The settlers wrongly accused several Palestinians and the international activist of pushing them.  These lies were contradicted by several videos that showed what happened and were shown to the police.

Nevertheless, five Palestinians and the international volunteer were arrested by the Israeli police.  They were held for around seven hours, and interrogated.  One of the Palestinians remained in handcuffs and leg chains throughout his detention.

Meanwhile, the settlers wandered around the police station pointing out Palestinians who they claimed had assaulted them. These Palestinians were all together in a room with no other Palestinians, and were either in chains or behind an interrogation desk in connection with this case.  The “identification” process was therefore of no evidential value.

During his interrogation, the police told the international activist that the settlers were very angry and had filed a complaint about the bubbles.  The police officer said that he was not taking that particular complaint further because, “it is not illegal for Palestinian children to play.”  The police also accepted his account of the incident. However, they police nevertheless took the fingerprints and DNA of those who had been arrested and only released them subject to strict conditions.