Israeli forces attack mosque in village near Salfit, detaining and beating a child

At 9 o’clock in the evening of July 2nd, Israeli forces invaded the small Palestinian village of Qarawat Bani Hassan, approximately 10 km northwest of Salfit in the northern half of the West Bank.

They approached the mosque in the center of town and fired tear gas and stun grenades inside. One witness described the scene as follows:

“There were maybe 500 people inside the mosque – many old men, women and children. The tear gas was horrible. It was difficult to breathe. The sound bombs were terrifying, and the children were so afraid.” 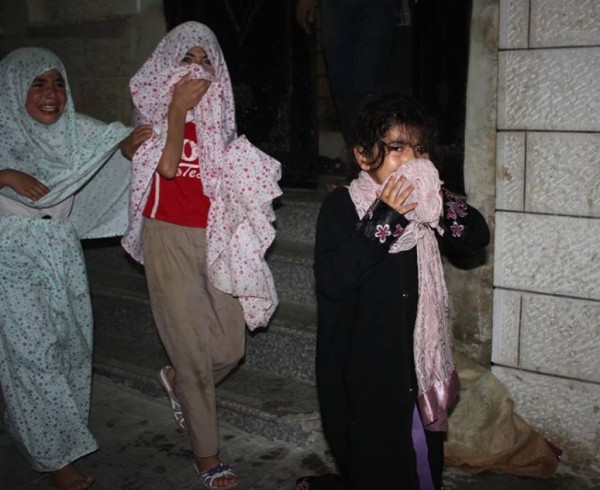 Photo by a villager from Qarawat Bani Hassan.

The motives of the soldiers remain mystifying, since the streets surrounding the mosque had been empty before the attack. “They just come here to make problems,” suggested one witness.

The occupants of the mosque escaped the tear gas, and clashes ensued on the nearby streets. Qasaam Mareh, a fourteen year old boy, was detained by the soldiers. According to witnesses, they interrogated and beat him, before they took him away in a jeep. Qasaam was held for approximately eighteen hours before finally being released the next day. 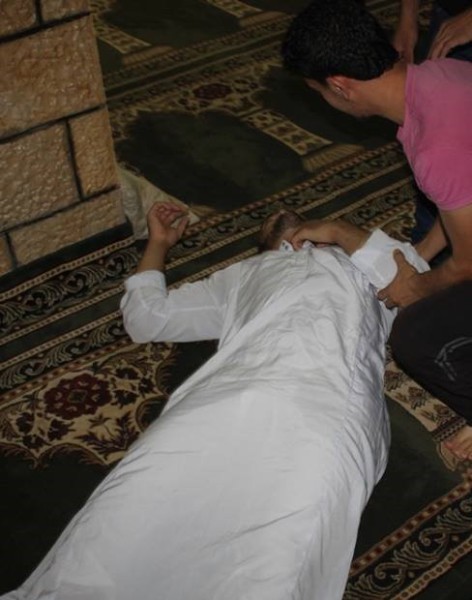 Photo by a villager from Qarawat Bani Hassan.