At approximately 1:00 pm on June 4th, a burning olive tree was located in the vicinity of Tel Rumeida, al-Khalil (Hebron). The Palestinian firefighters extinguished the fire with no assistance from the occupying Israeli military.

As an occupying state, Israel is legally responsible for providing adequate services and aid for those living in the occupied territories, however this responsibility is often neglected.

The burnt tree is one of many in the area to be considered part of the “Roman Trees”, said to be thousands of years old.

Near where the fire started, a plastic fuel canister with the word “diesel” written in Hebrew was found. 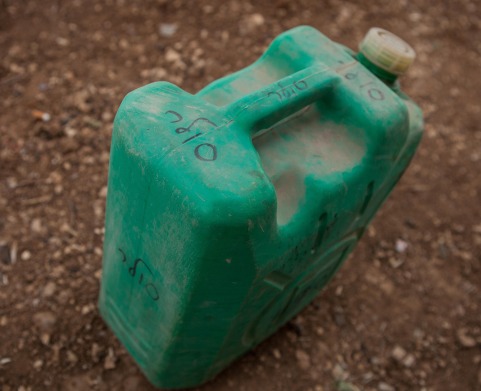 When the Palestinian farmer who owns the land contacted the Israeli police, they claimed that video footage did not show a vandal starting the fire. When the farmer asked if the Israeli police would consider opening an investigation, he was simply told no.

This is only the latest in an ongoing plot to destroy olive trees and crops in Tel Rumeida in order to construct a military road through the area. 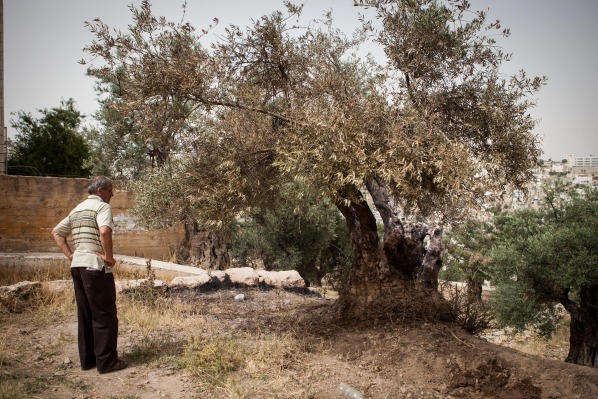