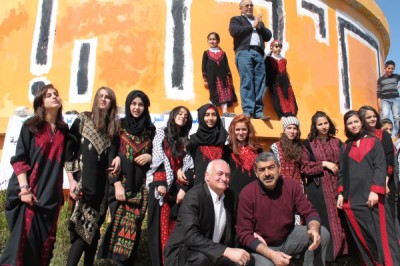 Today, the 5th of April, the village of Burqa, south of Nablus, held a march and festival to reclaim parts of their land in Mas’oudia, trying to alter it from area C to area B. The village of Burqa had sent an application to the High Court of Israel for the return of the land, and has yet to receive a response.

Approximately 1000 people participated today, mainly from the villages surrounding Nablus, international activists, and members of the press. Buses with students from Al Najah National University, Birzet University, Al Quads Open University, and some members of the Ministry of Tourism.

The day started on the hill overlooking the village of Burqa, which the illegal settlement of Homesh previously occupied.

The village of Burqa has received a decision from the High Court of Israel that the land of previously occupied Homesh belongs to them. However the settlers return every week to Homesh to pray, which prevents the legal landowners from using their land.

After the speeches the march went from Homesh along the road, through the olive groves and the fields until it reached Mas’oudia. In Mas’oudia the evening continued with Dabke (a Palestinian traditional dance), music, and speeches about the history and ongoing struggle to reclaim the land.

In Mas’oudia the villagers of Burqa are building a community park. The Israeli army destroyed the toilet facilities two months ago, however the facilities were rebuilt. The future of the park in Mas’oudia is still uncertain and under constant threat of destruction by the Israeli military. 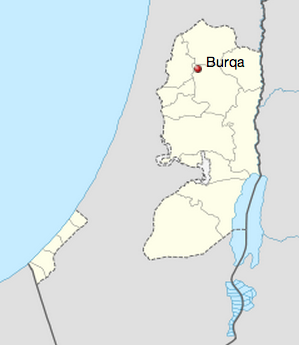