Over a hundred Palestinian and international activists entered an illegal Israeli settlement and raised the Palestinian flag on Saturday, October 26. Settlers and Israeli Occupation Forces responded violently to the peaceful protest, firing tear gas and flash grenades and arresting at least 20 people, including nine internationals and seven journalists. One activist from the International Solidarity Movement (ISM) had his passport and Israeli visa seized by soldiers.

The illegal settlement outpost at the focus of the activists’ protest is located near Khirbet Tell El-Himma, at the north of the Jordan Valley and is considered illegal by Israeli law since it was built after the Oslo Agreements in 1993. However, the illegal outpost, built on privately owned Palestinian land, is supported by the Israeli state, which provides it with utilities and military protection. The illegal outpost covers around five hectares, equivalent to five football pitches, for just 10 settlers. Nearby Palestinians have faced intimidation tactics including violence, weapons and even guard dogs at the hands of the settlers who have also tried to disrupt their agricultural harvests. Recently, the settlers began construction work to expand the outpost. 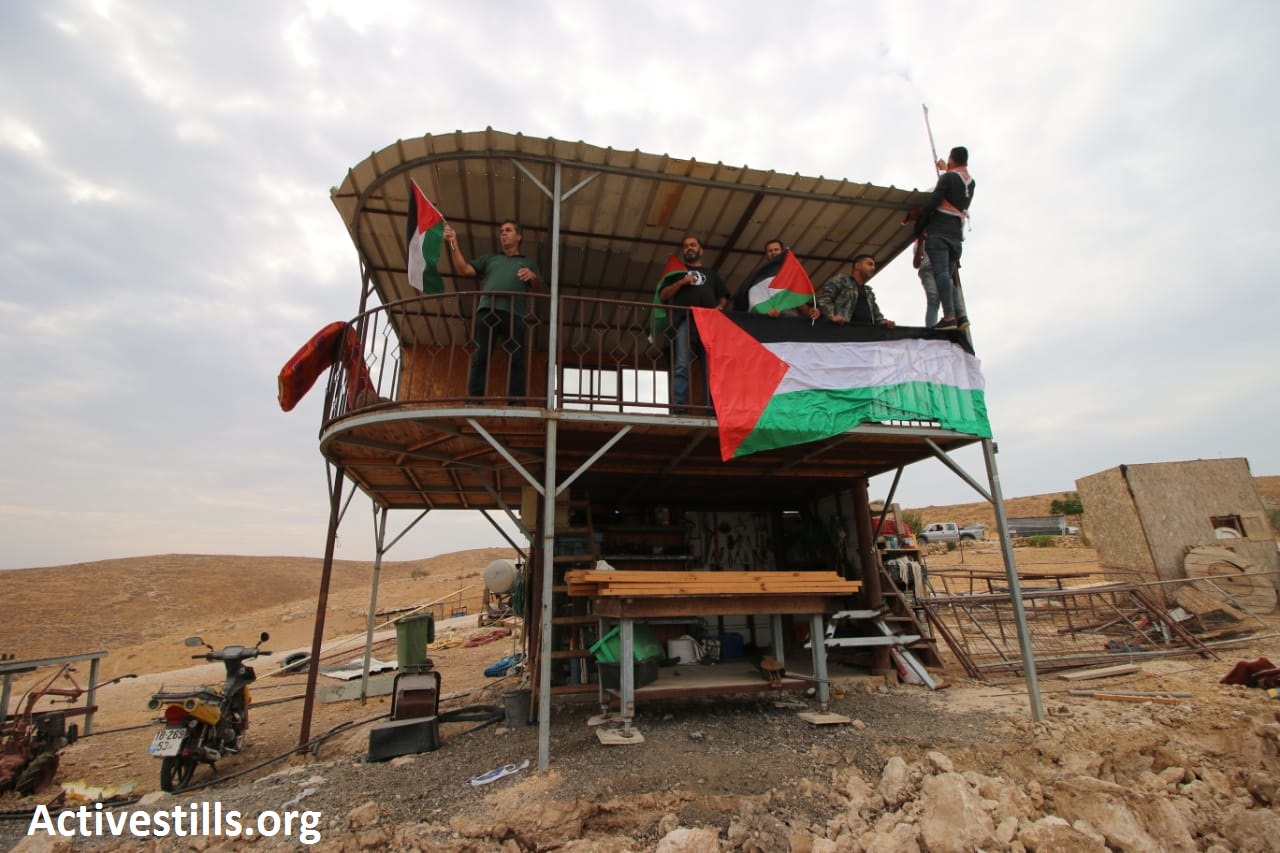 Saturday’s protest was aimed at denouncing the illegal Israeli settler’s seizure of land and resources and claiming Palestinians’ right to their land. Shortly after the activists entered the outpost, singing songs and raising the Palestinian flag, they were bombarded with tear gas and flash grenades by Israeli forces. When that failed to disperse them, the soldiers began assaulting and arresting protesters. 20 people, including nine internationals, were arrested while others had their passports and Israeli visas seized and confiscated. One ISM activist had his passport and Israeli visa confiscated and it has not yet been returned, over 48 hours later. According to the Palestinian Journalists Syndicate, seven reporters were arrested, including journalists from the Palestinian Broadcasting Corporation (PBC), which denounced the Israeli army for attacking its colleagues while covering a peaceful march. 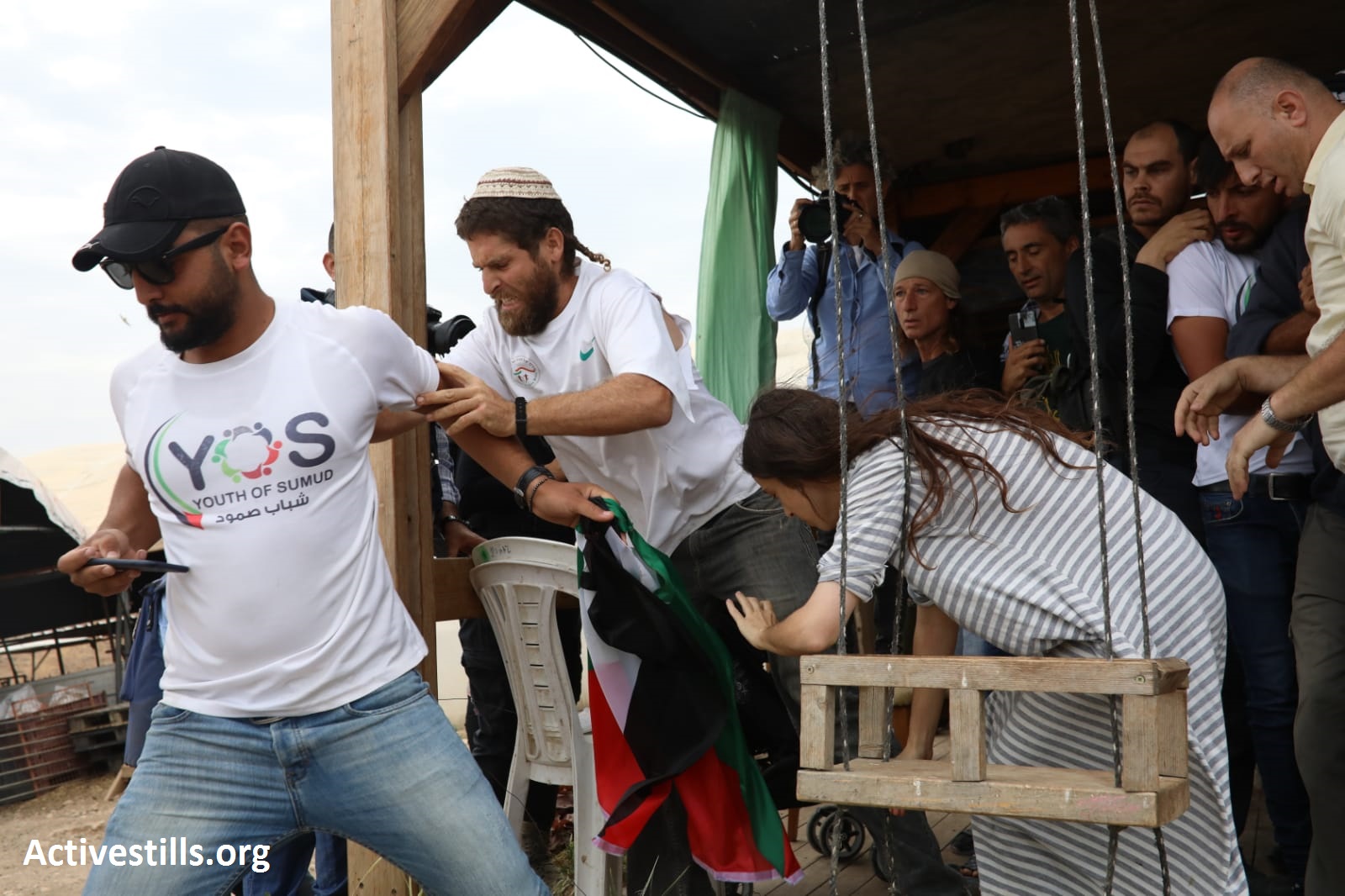 All activists have now been released and their legal documents returned. A number of international activists were banned from the Occupied West Bank and will be forcibly deported.

The direct action took place on the 3rd and final day of the ‘United in Struggle’ national conference which aims to unite the Palestinian struggle around a national strategy to resist Israeli settler colonialism and strengthen the role of BDS. 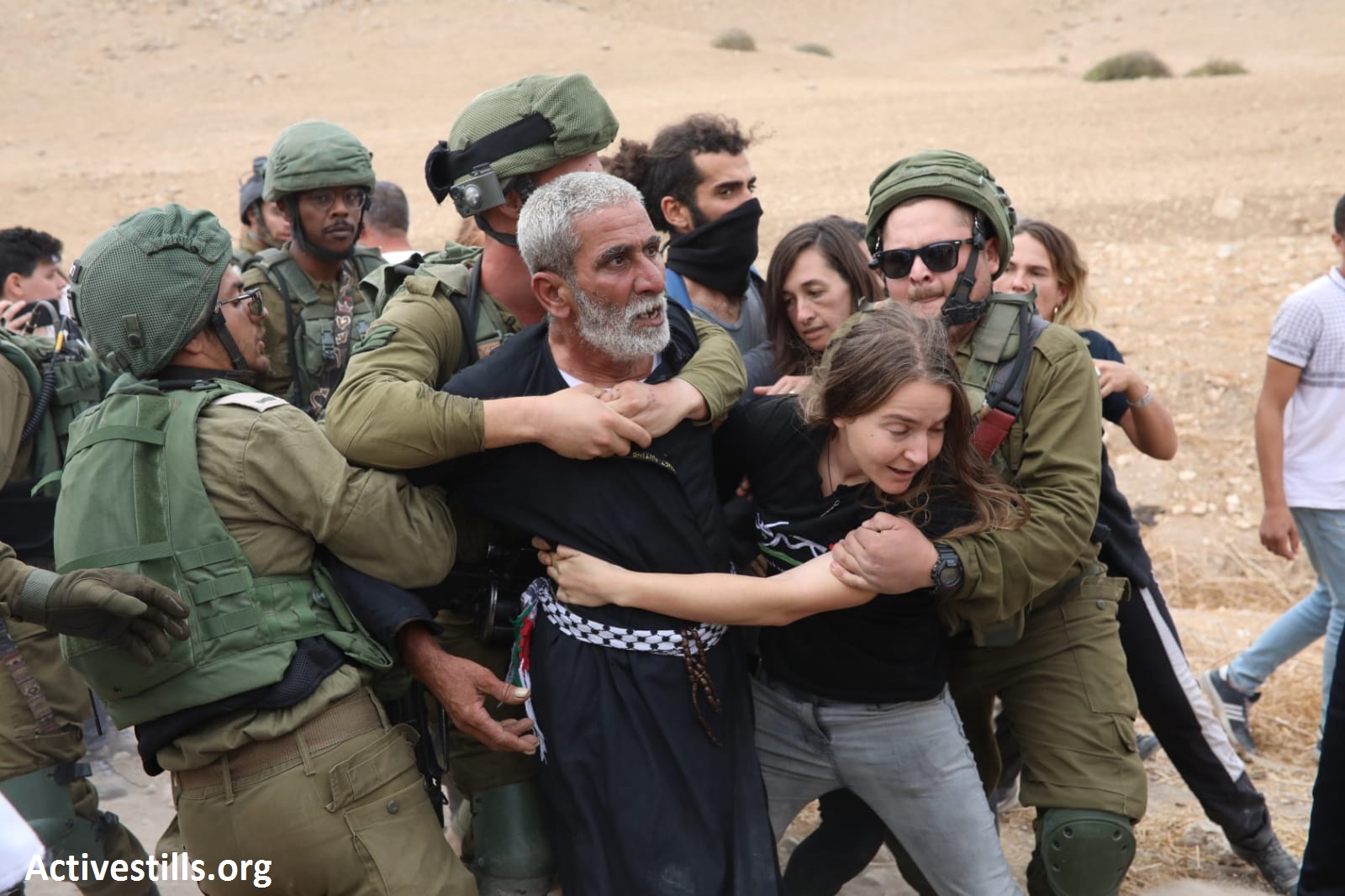 Israeli Forces detain Palestinian activist while another attempts to prevent the arrest.