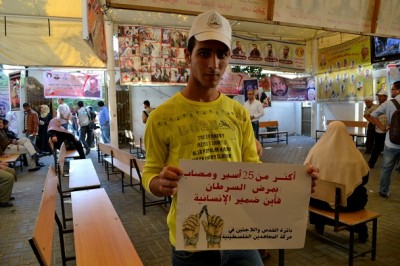 The regular event, which began in 1995, brings comrades, friends and relatives of Palestinian prisoners together in the courtyard of the International Committee of the Red Cross’ Gaza City office.

“I and my family can’t believe Hazem is going to be released,” Taiseer Qassem Shubeir said after the event.

Shubeir is the brother of of Hazem Qassem Taher Shubeir, one five prisoners from the Gaza Strip scheduled for release.

“We had lost hope,” Shubeir said. “Now all the Israelis’ excuses have been broken. We are unbelievably happy, and the whole family is waiting nervously.”

The expected release of 26 detainees follows an earlier release that also included 26 prisoners, with 14 from the Gaza Strip, on 14 August. 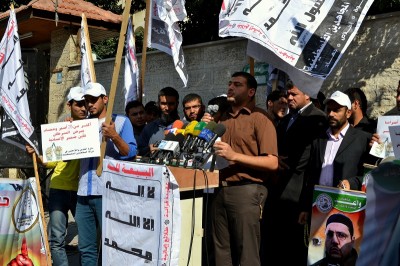 Rallies have been planned to the five Gaza Strip detainees, both on their arrival at the Erez checkpoint in Beit Hanoun, expected around midnight, and later in their cities and neighborhoods.

“Families and supporters of the detainees will go to Erez,” said Osama al-Wuhaidi, a spokesman for the Hussam Association, a Gaza-based society of current and former Palestinian detainees. “After seven o’clock, people will start gathering by the checkpoint.”

“Everybody in Khan Younis is already celebrating,” said Shubeir. “I feel like Hazem is the son not only of our family, but of the whole Palestinian people.”

The Israeli government has said that the releases, part of its current negotiations with the Palestine Liberation Organization (PLO), will free 104 detainees over nine months of talks.

These will include all Palestinians detained before the establishment of the Palestinian Authority in 1994 and charged by Israeli with offenses before the 1993 signing of the Oslo Accords, according to Israeli and Palestinian negotiators.

Israel first agreed to release these prisoners in its 1999 Sharm el-Sheikh Memorandum with the PLO. 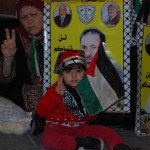 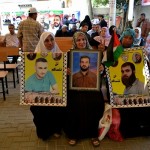