Last 29th of August, Israeli soldiers detained two municipal workers from Qusra as they were taking the village’s trash to the local dump. The two men were later attacked by Israeli settlers. Residents of Qusra fear that greater collusion between the army and the settlers will only lead to more attacks. 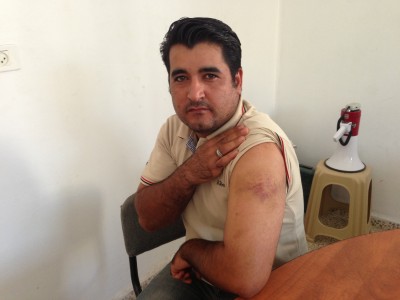 Early Thursday morning, two army jeeps carrying four soldiers detained the men as they transported trash to the local dump. Rather than transporting the men to the military base at Huwwarra checkpoint, the soldiers deposited the men and their tractor on the lands close to the illegal Israeli settlement, Esh Kodesh.  At approximately 9:30, the municipal workers were attacked by six settlers, who beat them with stones and also caused major damage to the municipality’s tractor. Following the attack, both men were taken by ambulance to Rafidia Hospital in Nablus, where doctors ordered two to three days bed rest.

After the residents of Qusra were taken to the hospital, the settlers of Esh Kodesh stole the tractor and took it to Shvut Rachel, another nearby settlement. When members of the municipality appealed to the Israeli DCO (District Coordination Office) to locate the stolen tractor, Israeli officials stated that if they found it, they would confiscate the tractor for two months and require the village to pay 10,000 NIS for its return.

Though the village has used the same area for garbage collection for nearly 30 years, in the last three years, the Israeli army has attempted to prohibit dumping in the area. The village has no other areas in which to deposit trash, as all of the surrounding lands are considered area C and also prohibited for use. Employees of the municipality reported that this is the third time that the village’s tractor has been confiscated. The previous times, the municipality was forced to pay a 10,000 NIS fine for its return. Following the most recent incident, the mayor refused to pay the fine due to the violence inflicted upon the two men and his view that the attack was coordinated between the Israeli army and the illegal settlers. 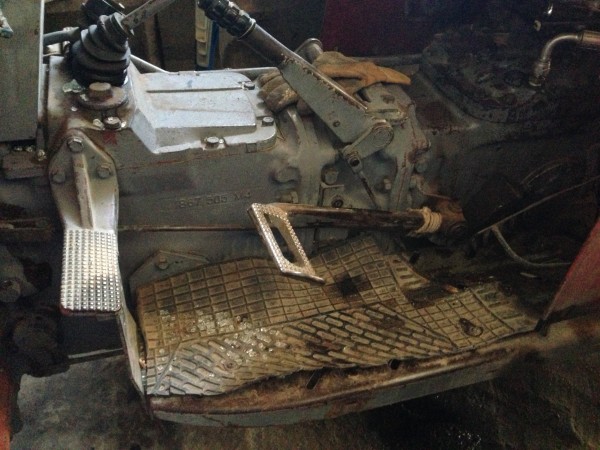 The tractor was damaged by the settlers (Photo by ISM)

Eventually, the tractor was returned to the village, though there was extensive damage that will require more than 2,000 NIS for repairs. In addition to structural damage, the license plate was stolen off the tractor, which will take months to replace due to bureaucratic requirements; moreover, employees of the municipality noted the dangers of a Palestinian plate being in the hands of the settlers, as they can use the green, Palestinian plate to gain access to the surrounding Palestinian villages without garnering suspicion. The municipality reported the theft to both the PA and Israeli police in hopes of preventing future attacks.

Qusra village is located in the northern West Bank, approximately 28 kilometers southeast of Nablus. The villages’ 6,000 residents face constant, weekly attacks from the nearby illegal Israeli settlement of Esh Kodesh. Settlers frequently damage and uproot olive trees, burn village land, and attack residents. In 2011, settlers defaced the local mosque and attempted to set it on fire.