Update 19th August: The three young men from Qaddum had court in Salem today. One of them, Bashar, was released today, but the situation for the other two is less certain. They are currently still imprisoned and are reportedly facing charges which could sentence them to five or six months in jail.

Shortly after the release of 26 prisoners by Israel on the evening of the 13th August, as part of the ‘peace’ negotiations, thirteen people were arrested in the West Bank during army night incursions including three youths from Kafr Qaddum. At 3am on the 14th of August, Israeli occupation forces raided three homes taking three youths away from their families, 22-year-old Bashar, 21-year-old Abraham and 17-year-old Omran. Although several people have been arrested during the demonstrations at Kafr Qaddum, this is the first time in a year that the army has arrested people from their homes. 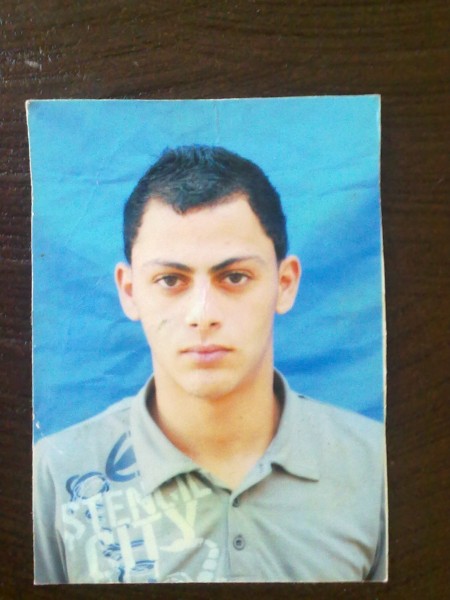 Photo of arrested youth, Bashar (photo provided by his family)

International activists visited two of the three families who had loved ones ripped away from them in the night to fill the spaces in prisons, still warm from Israel’s prisoner release. Bashar’s family hurried to get dressed when the army pounded on the door and shouted at three in the morning. When the family answered the door, the army released two dogs into the house as the children were still sleeping. Four soldiers then followed into the house and demanded the family wake the children and all wait in one room. The army proceeded to ‘check’ the house scaring the children who were distraught after their brother’s arrest, unable to sleep the rest of the night. The family were not allowed to leave the room as the army proceeded up stairs as the father who was weak, ill and disabled was still sleeping and unable to move. The soldiers demanded he be woken, something the family members tried to prevent, especially when the dogs were brought upstairs. The family pleaded not to wake him as he was unable to move, but the army woke him and told him to stay, an act clearly intended simply to intimidate.

Meanwhile one soldier pointed a gun and aimed directly at Bashar and told him to ‘come here,’ then proceeded to ransack the cupboards and rooms. After half an hour they took Bashar and took him into one of the army jeeps where a Shabak agent confirmed Bashar’s identity before they took him out the jeep and walked him away from the village through the olive trees. The family was scared when this happened as they remembered Hamada a 17 year old Kafr Qaddum martyr from 2007.  Hamada was arrested in a similar night raid, blind folded and bound, then was led through the olive tree field in a similar fashion before being shot first in the head and then in the leg. The incident was reported by the Israelis that Hamada was shot whilst trying to escape. 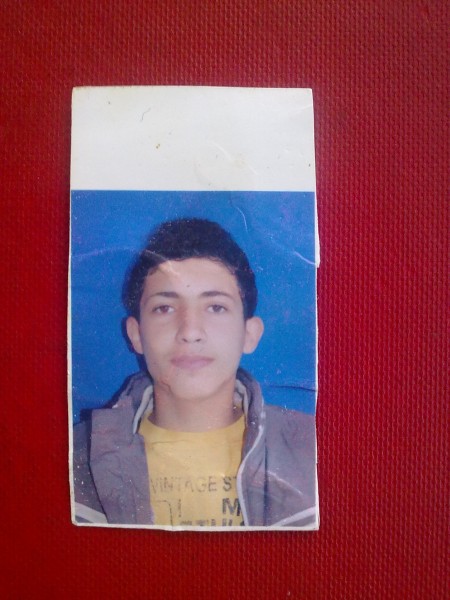 Photo of arrested minor, Omran (photo provided by his family)

Omran’s family home was raided also at 3am when at least two jeeps and 40-50 soldiers surrounded the house. The army entered the house straight away as the door to the house was unable to close properly. The family was gathered in one room after they had collected all their IDs. The younger children of the house were scared and could not stop shaking or crying. The soldiers demanded the sons say their names in turn until they identified 17 year old Omran. Omran was one of the four children the Israeli army previously pasted up leaflets about, containing the photographs of four children and issuing a threat that they will arrest them in their homes.

They questioned Omran whilst his father asked to know why they were detaining him. The army said that Omran makes problems for Israeli security and participates in the demonstrations. His father explained that Omran cleans the mosque and so could have been seen walking from the house to the mosque and back, which is in the route where the demonstration takes place. His family report that Omran is one of the best students in his class. His father pleaded with the army that his son is innocent, to which the army replied that if the investigation finds him innocent, then he will be let go. This investigation time has many of those arrested for at least 5-6 months. Omran would be considered a minor under Israeli civilian law as he is under 18. However, under Israeli military law, which is applied to Palestinians, anyone over the age of 12 is charged as an adult.

A list of names was spotted when the soldiers came and so the villagers of Kafr Qaddum fear and feel through experience that there will be other night raids soon. A year ago, the army raided arresting three people every week and on the 5th of April arrested twenty people in one night. When Bashar was arrested he shouted to his family as he was led away blindfolded and bound to ‘make your duty and go on the demonstration, that way I will be with you in Kafr Qaddum and not in prison.’

Palestinian families have many problems due to the occupation that affect their economic well-being. Poverty and unemployment are a big problem and so when families have their loved ones arrested this puts upon them a far greater strain as they attempt to find funds to pay legal costs in spite of having very little hope in the Israeli ‘justice’ system.

The interview was cut short when the army started shooting teargas at a group of youths on the outskirts of the village. The army pushed people further back into the village shooting teargas before retreating back up the hill at sunset. In spite of repeated army repression and collective punishment of the village, Kafr Qaddum has continued demonstrating against the closure of their historic road that was made accesible only for settlers.