Today, around fifty Palestinians together with Israeli and international activists marched from the centre of Nabi Saleh down the main road towards the stolen spring. 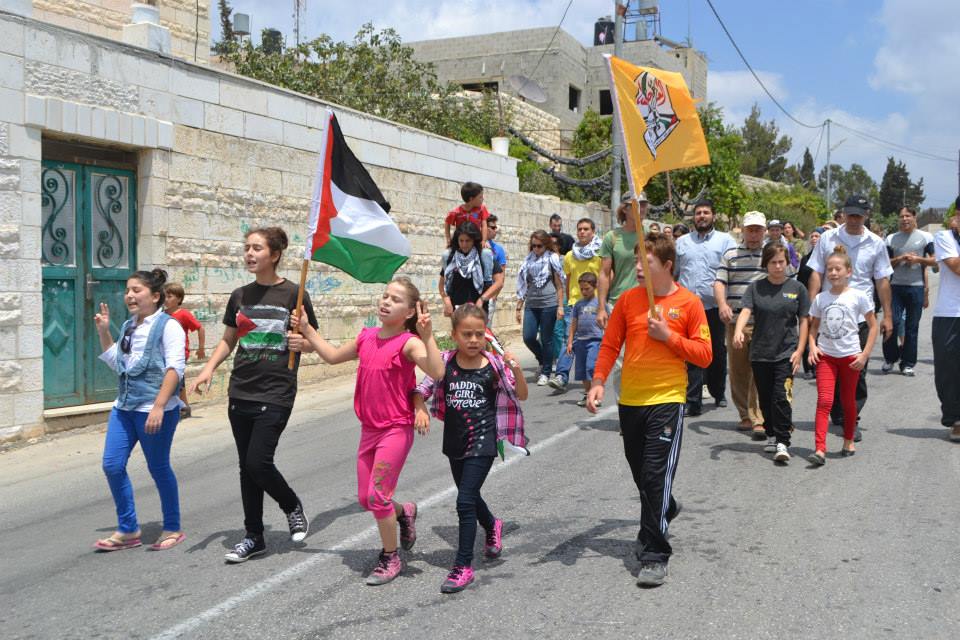 Protesters made barricades of burning tyres to prevent Israeli forces from raiding the village. 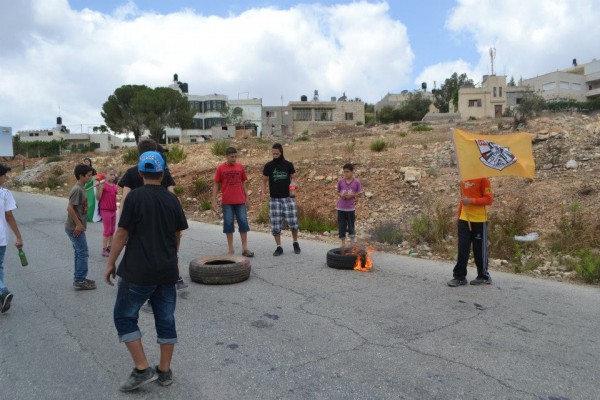 Soon after that, several Israeli border police officers appeared behind a house on the right side of the main road and started shooting rubber coated steel bullets at protesters. 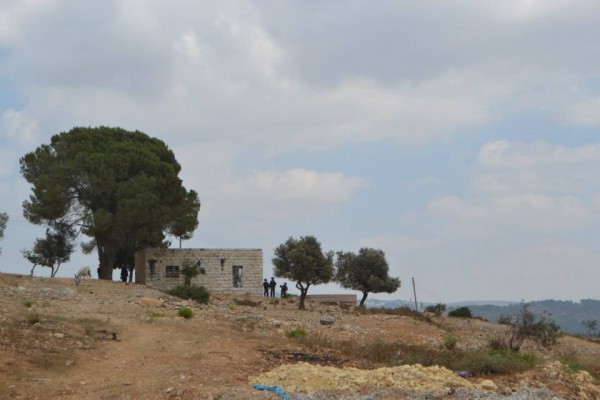 More Israeli border police then arrived at the bottom of the main road, running towards protesters and shooting more rubber coated steel bullets. 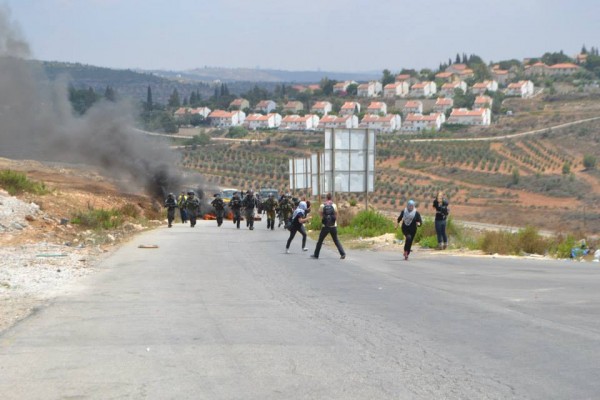 An Israeli woman activist was shot in her upper thigh with a rubber coated steel bullet from close range and had to be taken to hospital in Tel Aviv. She underwent a very minor surgery to get the bullet removed and will remain in hospital until Sunday. 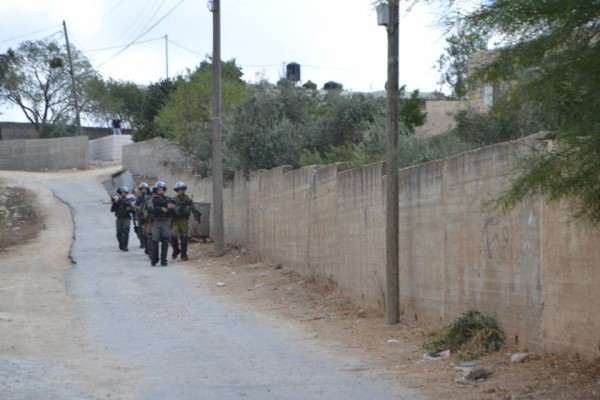 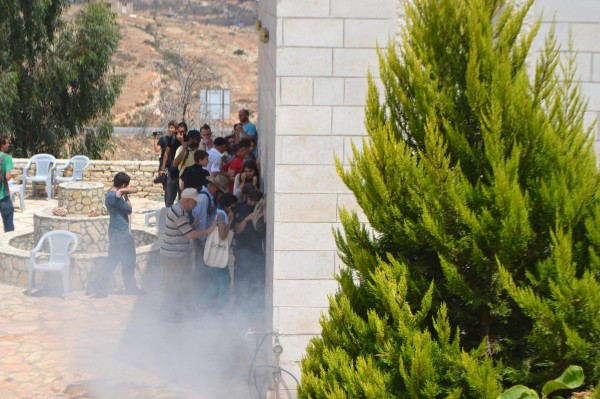 According to a resident of Nabi Saleh, yesterday night at around 3am, an Israeli bulldozer was working in the spring. Settlers from Halamish also went to the spring to talk to the soldiers. Palestinian youths went to the hilltop in front of this area to see what was happening and verbal confrontations between settlers and them erupted. Israeli forces, defending the settlers as usual, shot several tear gas canisters at Palestinians.

Previously this week, on Tuesday, clashes between residents of Nabi Saleh and Israeli forces erupted in the same spot where Rushdi Tamimi was shot last November. Israeli forces shot rubber coated steel bullets and injured Mohammed Tamimi (10) in the leg. Mahmoud Tamimi (22) was then shot with live ammunition also in the leg. Read the full report here.