Update 21th July: Mahmoud Tamimi was released from hospital and needs to stay at home to complete his recovery.

Update 19th July: Mahmoud Tamimi is still recovering at the hospital. The injury in his leg is still open due to artery bleeding and will require stitches today.

On Tuesday, clashes between residents of Nabi Saleh and Israeli forces resulted in one boy injured with a rubber coated steel bullet in the leg and a man injured with live ammunition, also in the leg. The latter underwent surgery and is still recovering at Ramallah hospital. 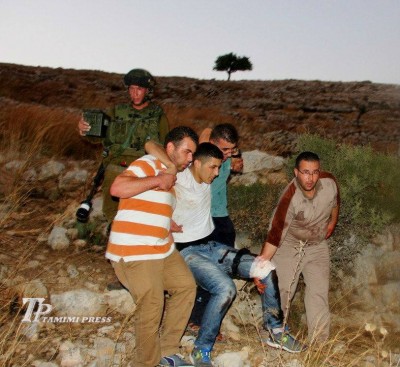 After he was shot, Israeli soldiers prevented villagers from aiding Mahmoud and evacuating him to hospital. Bilal Tamimi, a villager who went to the scene to document what was happening, was beaten up and had his camera broken by Israeli soldiers.

Mohammad and Mahmoud were eventually taken to Ramallah hospital. Mahmoud underwent surgery and is still at the hospital while Mohammad was released yesterday and is currently recovering at home.

The village of Nabi Saleh has been demonstrating against the theft of their natural spring and the occupation since December 2009. Israeli forces violently suppress the weekly Friday protests by shooting tear gas canisters, skunk water, sound bombs, rubber coated steel bullets and even live ammunition at protesters. Two people have been killed, Mustafa and Rushdi Tamimi, and many others severely injured. Bassem Tamimi, Mohammad’s father, has spent 17 months in Israeli jails, merely for being a prominent activist at the protests. Nariman Tamimi, his wife and Mohammad’s mother, was arrested at a demonstration on the 28th of June. She spent three days in jail and was accused of entering a closed military zone. Nariman is currently on partial house arrest on Fridays and has the next military court hearing in September. 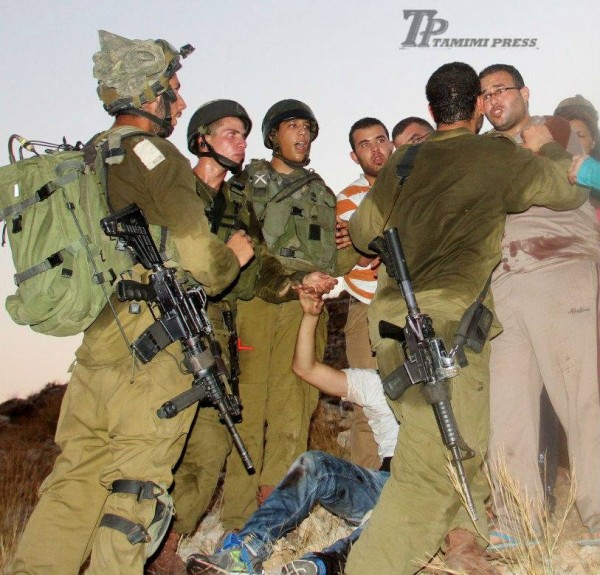 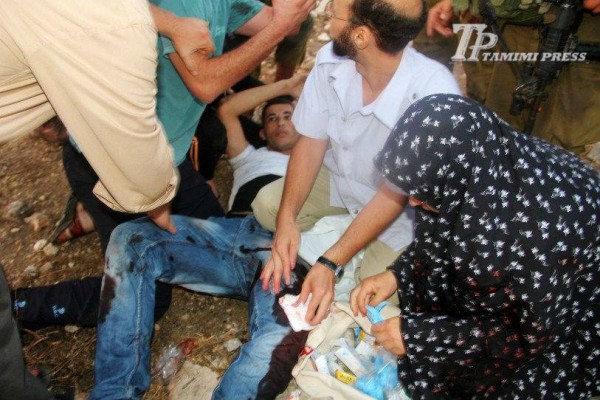