Following the Friday prayers on June 21, residents of Bil’in accompanied by a contingent of international supporters gathered for the village’s weekly demonstration against the apartheid wall. The wall has cut the village off from Palestinian land that is now being used to expand an illegal Israeli settlement. A European TV-crew followed the protest in order to cover the disproportional use of force carried out by the occupying soldiers. Two protesters from Bil’in have died from wounds received at the weekly protest that has been taking place for the last eight years.

Protest against the wall in Bil’in (Photo by ISM)

At Friday’s demonstration before the protesters could even reach the wall they were stopped by fencing and barbed wire. They attempted to remove the gate so that they could continue their march. After the removal of the outer gate, soldiers manning the apartheid wall threw volleys of tear gas and stun grenades at the protesters who had gathered around twenty meters from the wall. Observers noted that one sound grenade went off before it had been thrown over the wall, to the confusion of the soldiers. However, another grenade managed to set the dried-out fields in front of the wall on fire. The resulting smoke led some of the protesters to retreat out of firing distance of the soldiers. 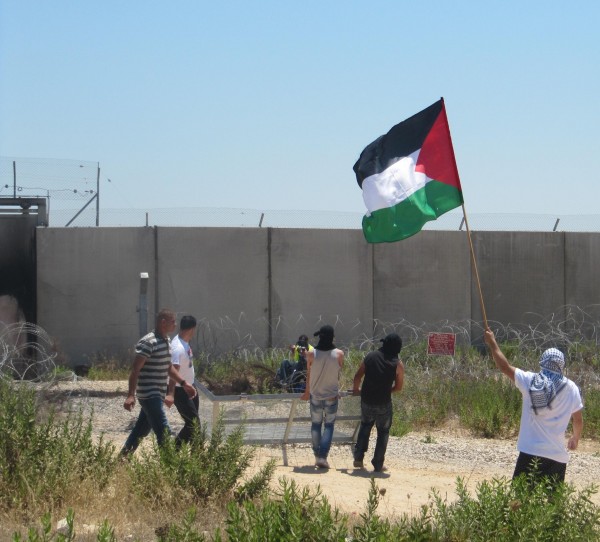 Protesters trying to remove part of the fence (Photo by  ISM)

In spite of tear gas, stun grenades and the nearby fire, many protesters remained in front of the wall, chanting. At one point, a plastic-coated steel bullet was fired at the protesters, but no one was hit. After around an hour of protesting, the demonstrators decided to return to the village. As the protesters were leaving the area near the annexation wall, soldiers started volleying yet more tear gas at the crowd. This led to the dispersion of the protesters and caused general panic. Two years ago local woman, Jawaher Abu Rahma, was killed from severe asphyxiation caused by the excessive use of tear gas against protesters. Despite the brutality of the Israeli military, the people of Bil’in continue their struggle against the occupation. 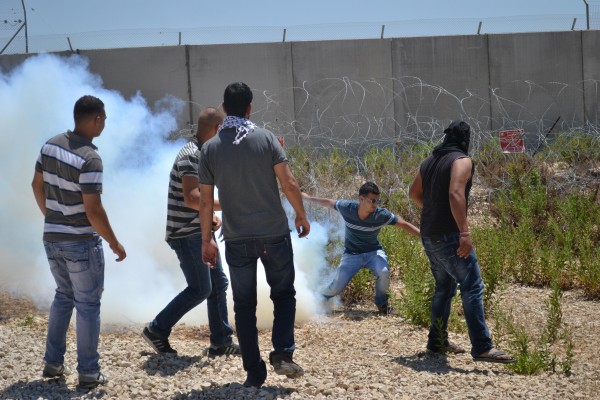